Comedians investigate ho-ho-homicide in trailer for Murderville’s Who Killed Santa?: 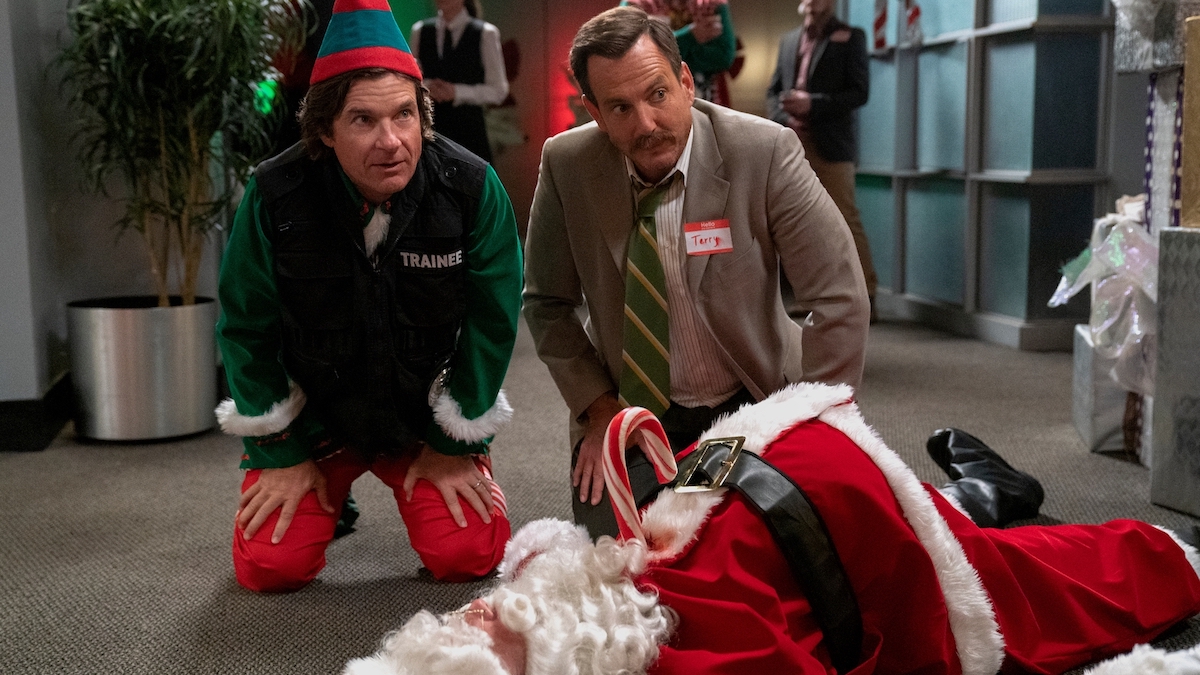 Reindeer or not, Santa wasn’t ready for this slay in the first teaser for Who Killed Santa? A Murderville Mystery. The improvised mystery series returns to Netflix December 15th.

Will Arnett reprises his role as Detective Terry Seattle, whose powerful mustache is matched by his powerful aura of divorce. The one-off holiday special co-stars Maya Rudolph and Jason Bateman as trainee detectives attempting to solve a ho-ho-homicide, with the same catch as Season 1: The guest stars don’t get a script, and have to improvise their way to the crime’s solution.

The teaser shows Rudolph and Bateman undergoing the kinds of humiliation that will be familiar from Season 1, including insults (“Well, if it isn’t the ghost of Christmas ass,”) and being forced to drink milk out of dog bowl. Check out the preview of Who Killed Santa? below.

Up soon for Arnett is the live action Twisted Metal, in which he’ll play Sweet Tooth, while Rudolph can currently be heard voicing hormone monsters in Big Mouth and the spinoff, Human Resources, and Bateman recently wrapped his Netflix drama, Ozark.