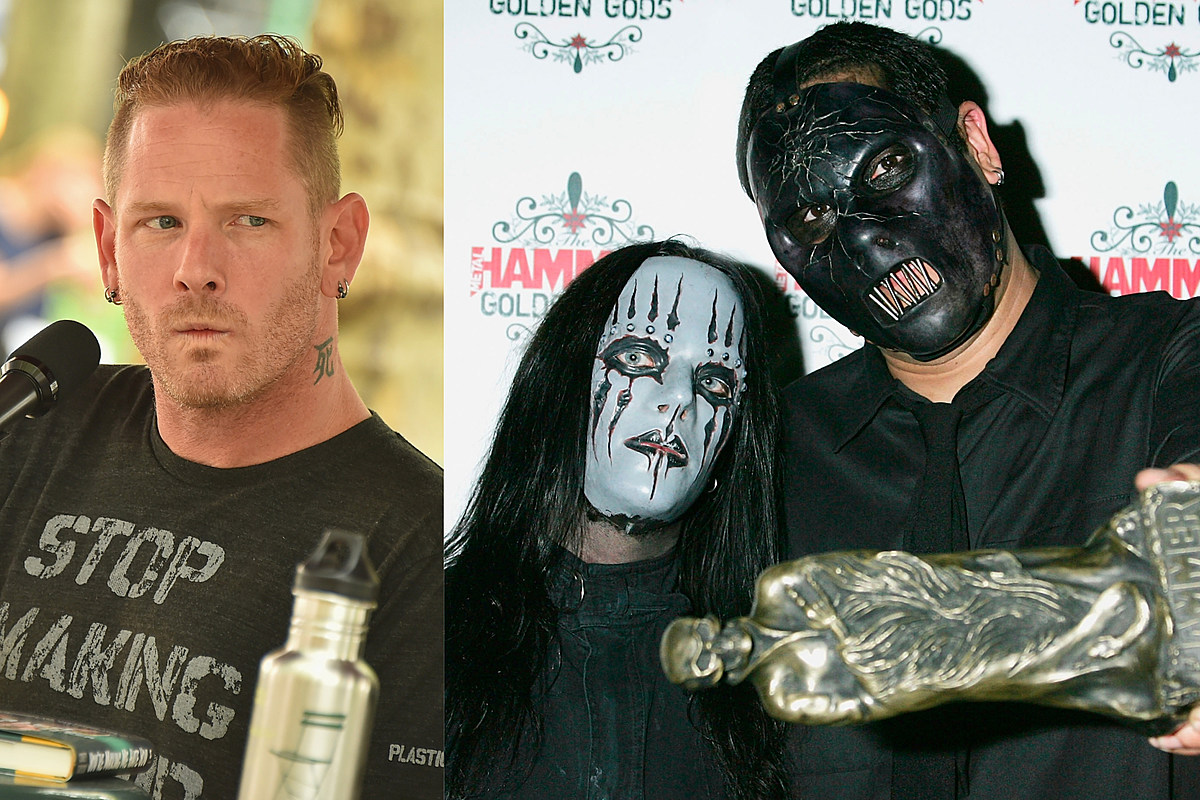 Corey Taylor recently said one of the “greatest misconceptions” about Slipknot is that late band members Joey Jordison and Paul Gray were the outfit’s primary songwriters early in their career.

Speaking to HardDrive Radio this week, the Slipknot vocalist responded to Lou Brutus when the podcast host asked Taylor about the “folks who used to write primarily in the band who are no longer with us.” And in opening up about the founding Slipknot drummer and bassist’s involvement in their songwriting, the frontman also shed some light on the group’s process.

Watch the video down toward the bottom of this post.

Taylor replied (as transcribed by Loudwire), “I think that’s the greatest misconception. People think that Joey and Paul wrote all the music. That couldn’t be further from the truth. Everybody writes.”

Taylor added that these writers “have just never gotten a lot of the credit that they’re due, I guess. I mean, I’ve written stuff for this band from time to time when I get the bug to write something super heavy. Then they take it and make it better; they always make it better. So from that standpoint, it’s not really any different than the way it’s been in the past. Obviously, the music sounds different because Paul’s voice isn’t there; Joey’s voice isn’t there. And yet we still are able to write in a way that sounds very Slipknot, and that’s because it would always go through the Slipknot filter. No matter what demo we wrote, it would always go through the Slipknot filter and become a Slipknot song.”

Jordison died in July at age 46. In a statement, his family said, “Joey’s death has left us with empty hearts and feelings of indescribable sorrow. … Those that knew Joey understood his quick wit, his gentle personality, giant heart and his love for all things family and music.”

Gray died at 38 in 2010. He and Slipknot percussionist Shawn “Clown” Crahan formed Slipknot (first called The Pale Ones, then Meld) in 1995 in Des Moines, Iowa. Jordison, a musician they’d previously performed with in other groups around the area, joined soon after.

Last month, Slipknot released their latest single, “The Chapeltown Rag,” the first new song since 2019’s We Are Not Your Kind. They recently wrapped their 2021 Knotfest Roadshow tour with Knotfest Los Angeles and closed Knotfest Iowa with a tribute to Jordison and Gray. A new album is expected soon.

See Taylor’s answer at around 8:00 in the below clip.

The Evolution of Slipknot’s Terrifying Masks