Could Eddie Munson Come Back for ‘Stranger Things’ Season 5? 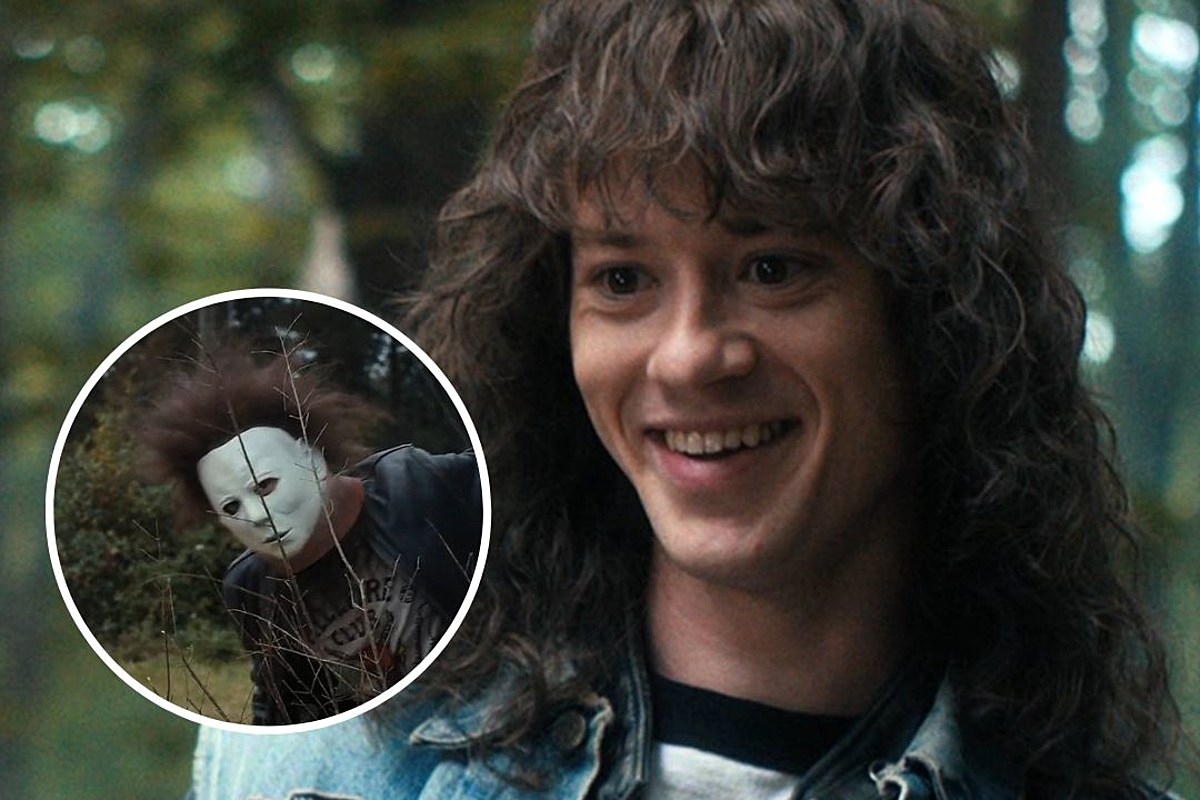 Fans on TikTok are theorizing about Eddie Munson’s future on Stranger Things, specifically if we’ll see the character again in Season 5.

The Netflix show released Vol. 2 of its fourth season July 1. In the ninth and final episode, “The Piggyback,” lovable metalhead Eddie (Jospeh Quinn) suffered a tragic fate on screen when he sacrificed himself — following an epic Metallica solo — to save Hawkins and his friends. He bled to death in Dustin’s arms in the Upside Down after being attacked by a pack of vicious Demobats.

However, some fans are holding out hope that he’ll return for the series’ fifth season in 2024.

One theory going around on TikTok links Eddie’s fate to that of Michael Myers — a supernatural figure who has been “killed” and resurrected numerous times — from the Halloween franchise. User @jadenbricker broke down the theory in a viral video.

Basically, @jadenbricker noted that the show paid tribute to the horror icon multiple times in the show, and that The Shape’s presence might be a hint at resurrection.

For instance, Eddie wore Michael’s mask in one scene in Season 4’s penultimate episode. Another character who wore the mask? Max Mayfield (Sadie Sink), who died on screen but came back to life in the final episode.

Now, some some fans are crossing their fingers that the same thing could happen for Eddie in Season 5.

Watch the clip below:

The Michael Myers theory video has received more than 330,000 views and hundreds of comments to date, with many hoping that Eddie’s story isn’t fully finished on Stranger Things. However, others recognize they might just be in denial about the fate of the beloved character.

But there’s yet another theory about Eddie Munson doing rounds on TikTok. This one also brings Eddie back to life but in a different way.

TikTok account @kxteswrld posted a video that hypothesizes Eddie might return as a vampire with ties to a character from the game Dungeons in Dragons, which Stranger Things fans know plays a big part in the show and which Eddie played as part of the Hellfire Club.

“Vecna will use the demobats to resurrect Eddie Munson, making him the vampire like in the game dnd,” they wrote.

Check out the theory below:

The second theory also had plenty of fans weighing in with optimistic comments about the character’s future.

Even still, others were more realistic with their expectations.

“Eddie literally had his guts ripped to shreds,” one commenter pointed out. “As much as I want him to come back, it’s unlikely he is.”

That fan might have a point, as it currently looks like the plan is for Eddie to remain dead.

During an appearance on Josh Horowitz’s podcast, the Duffer Brothers confirmed that Quinn’s breakout character is deceased.

Quinn also told Variety that he wasn’t optioned for another season when he was brought on for the role. However, even he appeared to hold out hope for some sort of appearance in the future.

Theoretically, though, a vampire is not a living creature… So is it possible that the second theory might hold some water?