Dave Chappelle Inducts Jay-Z Into Rock Hall But Says ‘He 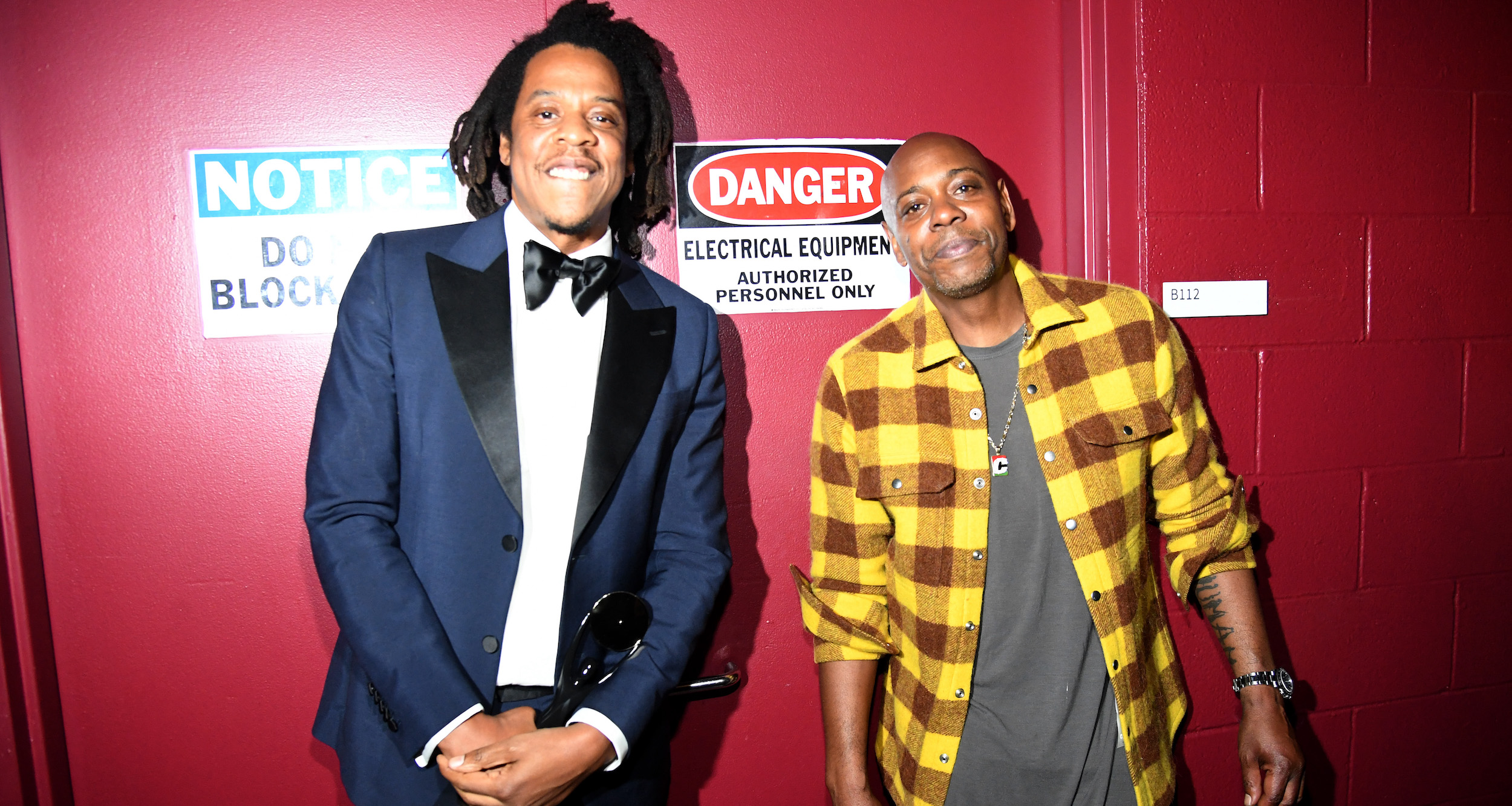 Jay-Z was inducted into the Rock and Roll Hall of Fame last night by Dave Chappelle. Before diving into his speech, the comedian addressed his controversial Netflix special by opening with “I would like to apologize—I’m just fuckin’ with you.”

“It is an incredible honor to induct this next man into the Rock And Roll Hall of Fame,” said Chappelle. “But I need everybody in rock and roll to know, that even though you are honoring him, he is ours. He is hip-hop. Forever and ever, and a day.”

Chappelle’s words, as well as Jay-Z’s lengthy acceptance speech, are just two of the reasons SPIN thought 2021 was the best induction ceremony in recent memory. Read the full article here.

“I’ve turned to Jay-Z’s words at different points in my life, whether I was brushing dirt off my shoulder on the campaign trail, or sampling his lyrics on the Edmund Pettus Bridge on the 50th anniversary of the Selma march to Montgomery,” Obama said. “Today, Jay-Z is one of the most renowned artists in history and an embodiment of the American dream, a dream he has helped make real for other young people like him.”

Read the full transcript of Chappelle’s speech below:

​​Welcome to Ohio to all the inductees. I would like to apologize …I’m just fucking with you. This is an incredible honor to induct this next man into the Rock & Roll Hall of Fame. But I need everybody in rock & roll to know that even though we are honoring him, he is ours. He is hip-hop. Forever and ever and a day.

Being black in America is not as easy as it looks. It’s always… Don’t do this, or else. Don’t say this, or else. Like Sean Carter said about himself, “I’m so brazy, I’m so brazen, I’m ‘Raisin in the Sun,’ sir.” We do it anyway. Whenever we have to. We don’t have a complicated emotional vocabulary. We have to make everything look easy. And this man is a diamond that was born of pressure. To coin a phrase that fellow Hall of Famer made – Tupac Shakur called it a rose that rose from the concrete. That to us is what hip hop is.

You heard our stories come back to us. Our stresses and our strengths. And the whole time that he said it, my God, Jay, you look so cool. You look so calm, so collected. “If I shoot you, I’m brainless. But if you shoot me, you famous, what a N—a to do.” My God, man. It’s beautiful to watch.

In the music industry, they call him “One-take Hov.” He said it about himself, but you don’t know why he said it. Cuz when he was hustling, cuz he used to sell crack. Oh, don’t get it twisted. American Pie is not made out of apples. It’s made out of whatever you get your fucking hands on.

He used to sell crack. He didn’t have anything to write his rhymes on and he would sit there and he would just write down whatever. He would memorize all these thoughts that came to his mind, an avalanche of ideas. And he would just be catchin’ rainwater. And when he got in the studio, like God, he would do the verse. He would let it be. And it would be – and the streets admired him for this. The streets loved him for this, because he rhymed a recipe for survival. “Like I tell you all to do drugs, no. Hov did that. So hopefully ya’ll won’t have to go through that.”…

With success comes co-option. And he never let that get him. The way a white person might hear his music is not the same the way someone from Marcy would. Well, he’s said, “This is Jay is every day.” He told us he’d never change. You heard this…probably says the white person, “Well, maybe this guy should focus on this development.” But what we heard is that he’ll never forget us.

He will always remember us. That we are his point of reference, that he is going to show us how far we can go if we just ] get hold of the opportunity. For this, we will always love him, we always treasure him.

And as important as this war is for some, you must understand that he has his people’s hearts. And we love him more than you could ever recognize or even realize because he embodies the potential of what our lives can be and what success can be.

And he was so calm. Years ago, right before I hosted Saturday Night Live, it was the week before. I saw Jay-Z at the studio and I told him, “Boy, I’m nervous about next week.” And he looked around Studio 8H, where we shoot the show, and he just kinda shrugged his shoulders and said, “This is easy work.” And I calmed down.

There’s so much poetry if you’ve gotten to know him. Just the way he speaks. I remember one time. The Roots was having a jam session in L.A. I had just quit Chappelle’s Show.  But I made it to the Roots Jam session. And backstage, I saw Jay-Z and a photographer came up and said, “Guys, can we get a picture?”

And we all grouped together for a picture, me, Jay and Beyonce, and I stood between them and I put my arms around them and Jay grabbed me and moved me to the side and grabbed his wife by the hand and said, “The rose between the thorns.”

And Jay looked at me and said, “It ain’t no pressure. I just do it.”

And I looked at Jay and said, “My God, man you just did it again.”

Hova, my friend. I’m a fan. I’m honored that I got a chance to know you. You embody Black excellence, how great we can be. When Barack Obama was running for president, I sat in an arena in Columbus, and watched you influence the crowd and make sure we’re unified and vote as a body. I understand who you are. And I understand what you do and I a very grateful for your contribution to this art. And I am honored to be the N—a that gets to say, “My N—-a, welcome to the Rock and Roll Hall of Fame.”

Death in Paradise: Why did each of the detectives leave