Dave Grohl and P!NK perform “Get the Party Started” for 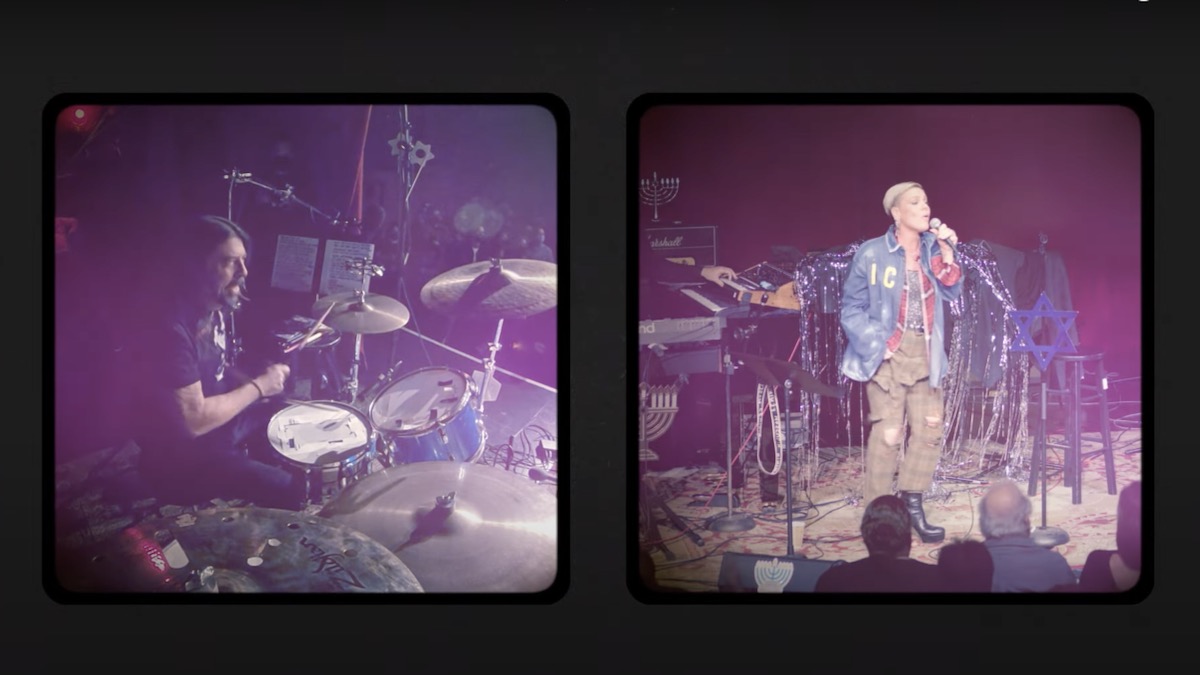 For the second night of Hanukkah, Dave Grohl has shared a performance of “Get the Party Started” with P!NK and his friend and producer Greg Kurstin. The cover was recorded in front of a live audience at the Largo in Los Angeles on December 5th.

2022 marks the third year Grohl and Kurstin have celebrated Hanukkah with covers of songs by famous Jewish artists. Before their duet, P!NK simply stated, “My name’s Alecia [Hart]. I’m a Jew.” Watch the performance below.

Just two months earlier, P!NK shared the stage with Grohl during Foo Fighters’ Taylor Hawkins tribute concert in LA. P!NK performed multiple songs during the all-star event, including team-ups with Nancy Wilson for “Barracuda” and members of Queen for “Somebody to Love.”

On Sunday night, Grohl kicked off Season 3 of The Hanukkah Sessions by sharing his performance of Blood, Sweat & Tears’ “Spinning Wheel” with Judd Apatow. Per Variety, other performers at the live show included Violet Grohl, Beck, Karen O, Jack Black, and Kyle Gass. Proceeds from the concert went to the Anti-Defamation League.