Drake belts out “I Want It That Way” with Backstreet 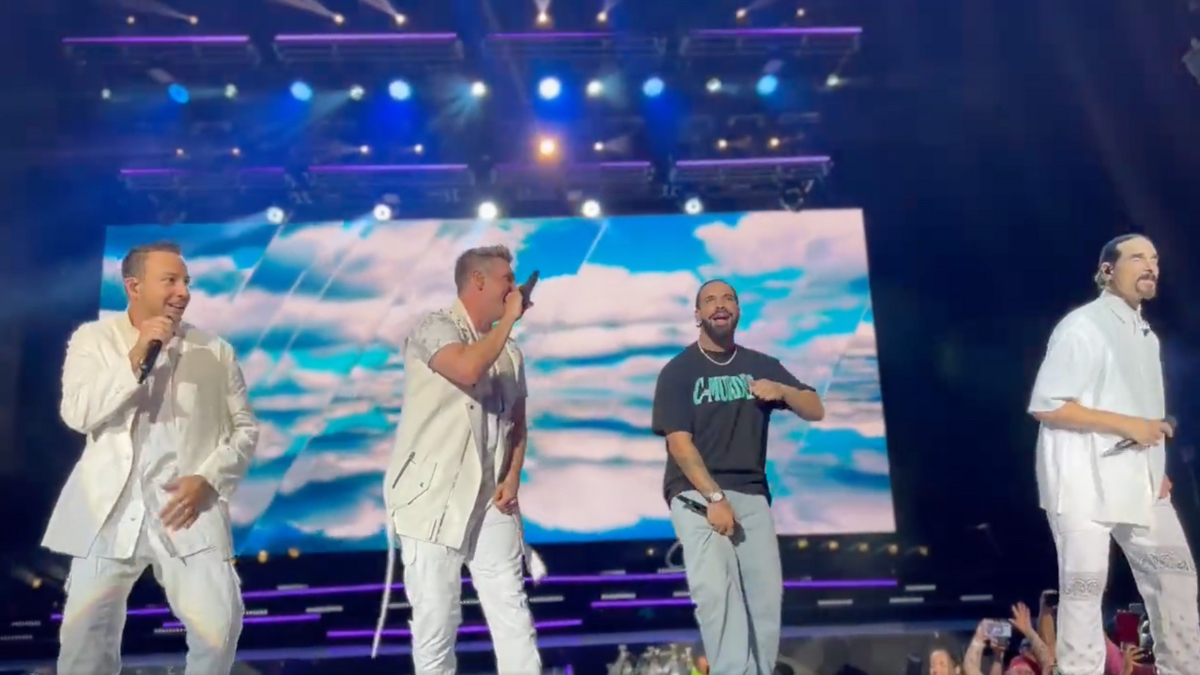 Drake became the sixth member of the Backstreet Boys on Saturday, July 2nd by making a surprise appearance during the boy band’s tour stop in Toronto.

At the very end of the show, the quintet brought the rapper out to help them perform their classic hit “I Want It That Way” for his hometown crowd, but not before Drizzy told the enraptured audience about his personal connection to the song.

Drake appeared to be having the time of his life as he ran through the Top 10 hit from 1999 with the group, and even got a surprise when Howie Dorough incorporated a snippet of his own 2013 single “Hold On, We’re Goin’ Home” into the song.

Watch part of Drake’s performance with the Backstreet Boys below and get tickets to see the veteran pop act on their ongoing “DNA World Tour” here.

His appearance at the BSB concert comes just weeks after Drake dropped his surprise, dance-fueled seventh album HONESTLY NEVERMIND. The new LP — a follow-up to 2021’s Certified Lover Boy — contains highlight “Falling Back,” which Consequence named our Song of the Week upon its release.

What’s better than I Want It That Way?

Celtixx And Spadez Are Putting Tulsa, Oklahoma On The Map.