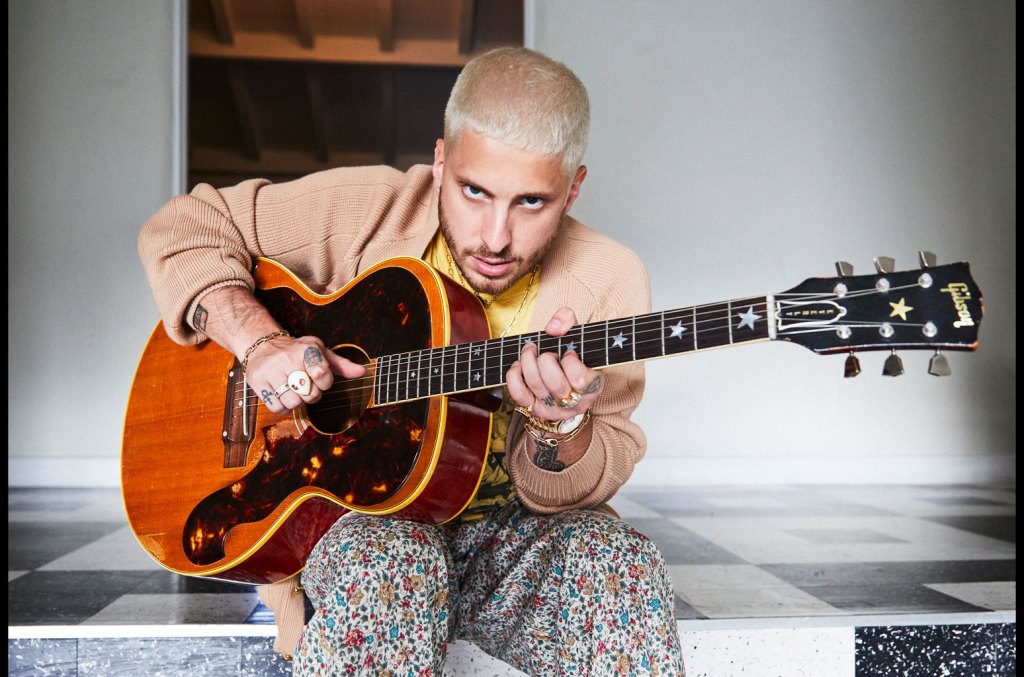 Britney Spears and Elton John‘s highly anticipated collaboration “Hold Me Closer” is produced by Grammy winner Andrew Watt, Billboard has learned from multiple sources. The news comes a year after Watt took home the Grammy for producer of the year, non-classical at the 2021 ceremony.

The collab was first rumored to be a “Tiny Dancer” duet, but when Elton John confirmed the team-up with Spears on Monday (Aug. 8) in an Instagram post, he revealed that the song’s title is actually “Hold Me Closer,” a lyric from the singer/songwriter’s 1972 classic. The song’s release date has yet to be announced.

Billboard has not yet confirmed if any other producers or songwriters contributed to “Hold Me Closer.”

While “Hold Me Closer” marks Watt’s first time working with Spears, the songwriter and producer previously worked with John on six songs from the singer’s 2021 collaboration album The Lockdown Sessions, including a new version of Metallica’s “Nothing Else Matters” with Miley Cyrus, Yo-Yo Ma, Robert Trujillo and Chad Smith.

Most recently, Watt produced Pearl Jam frontman Eddie Vedder’s 2022 solo album, Earthling, which was released in February. In 2019, Watt won songwriter of the year alongside Ali Tamposi at the BMI Pop Awards.

“Hold Me Closer” will mark Spears’ first new music since her 2016 studio album Glory, which also included the deluxe tracks “Mood Ring,” “Swimming in the Stars” and the Backstreet Boys-assisted “Matches” released in 2020. The collaboration will be Spears’ official return to music since the end of her 13-year conservatorship in November 2021.

“Tiny Dancer,” which was released as a single from John’s 1971 album Madman Across the Water and peaked at No. 41 on the Billboard Hot 100, was originally produced by Gus Dudgeon. The song has grown in stature through the years and is now regarded as one of Elton’s classics. In 2000, the song was famously featured in a sing-along bus scene in Cameron Crowe’s film Almost Famous.

Billboard reached out to reps for John and Spears for further details.