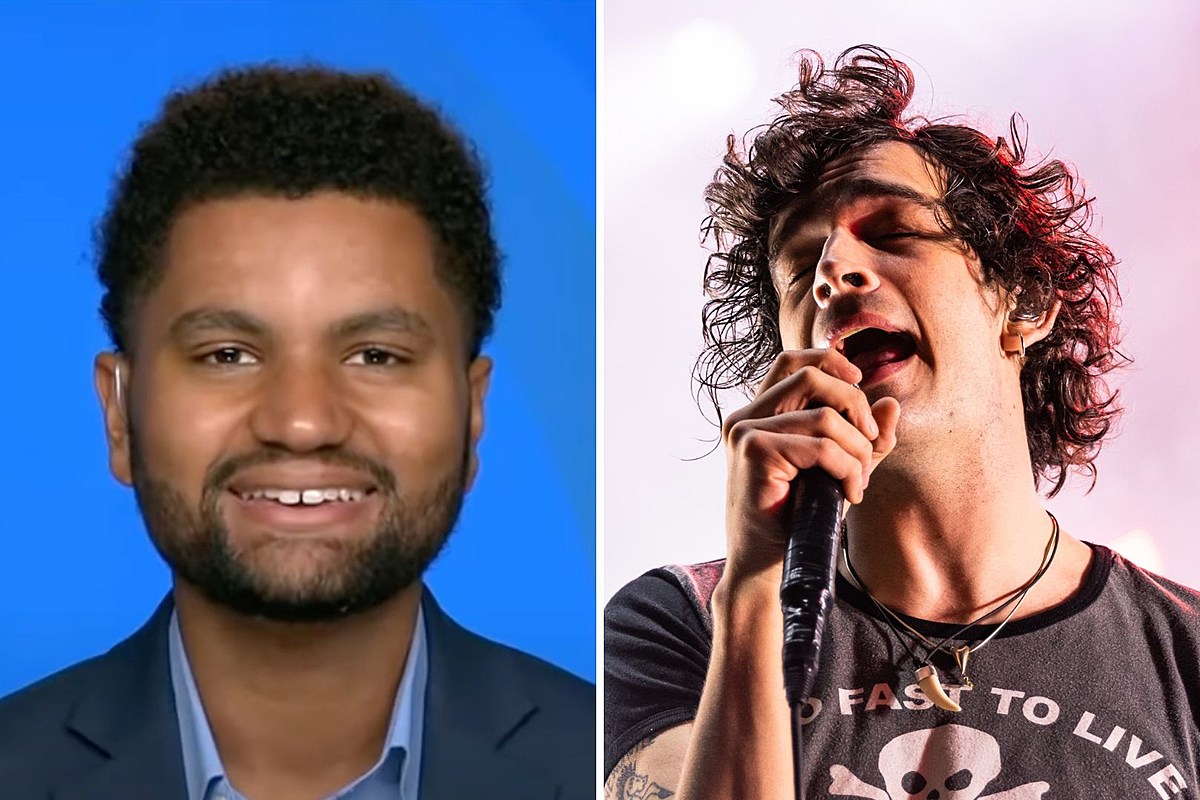 Maxwell Alejandro Frost has been elected to Congress after winning the 10th District in Florida, becoming the first Gen Z member of that particular body of U.S. government. And he’s going to celebrate this victory by going to see The 1975.

The race, which found the 25-year-old Democrat running against Republican Calvin Wimbish and independents Jason Holic and Usha Jain, was called by the Associated Press, showing that Frost had secured a win by nearly 20 percentage points over Wimbish (59 percent vs. 39.5 percent).

Frost first entertained the idea of getting into politics at the age of 15, recently citing fears of being “shot at school” as the primary catalyst. Gun control was one of the central issues of his campaign, with Medicare for all, civil rights and criminal justice reform also playing a part, and now he will have a chance to make his political mark.

But first, The 1975’s Washington D.C. show at The Anthem awaits, as Frost exclaimed in a victory tweet seen below.

He’s still in college and even with a concert on the horizon, Frost laid out some immediate political priorities as a guest on Good Morning America.

“First and foremost, we have to get our district office running so people can get the benefits and help that they need. We just had a horrible hurricane here — hurricane Ian — we have another storm that’s coming right now (it might be turning into a hurricane) people are going to need those FEMA benefits. We’ve got to make sure that first week [and] second week we are operating at full speed so people can use the office to get the things they need,” he says.

When pressed about the so-called “red wave” that many expected to blanket the country in regards to voters leaning toward Republican candidates, Frost adds, “If you look at a lot of these very close races where Democrats were able to eek out a win, a lot of it was because of Gen Z and Millennials, which is really exciting to me. Here’s the thing — Gen Z, half of us are not even old enough to vote yet.”

“The youngest Gen Z’er is 13 right now,” he continues, “What that shows me is that there’s a lot of hope and promise in this nation as young people are starting to rise up and really step into their political power because we make up a third of this country as Gen Z and Millennials — we don’t make up a third of the government. I think we need a government that, yes, looks like the country in terms of race and gender, but also in terms of age.”

The 1975, meanwhile, are amid a tour in support of their new album, Being Funny in a Foreign Language, and you can see their remaining dates here (and get tickets here). Singer Matt Healy even made headlines for eating some raw steak onstage at a New York show earlier this month. Gross, right?

Musicians Who Ran for Political Office

These rockers not only made music, but also wanted to make a difference in the world.

16 of the Most Political Rock + Metal Bands

So, How Much Do ‘Bachelor’ & ‘Bachelorette’ Contestants Get Paid?