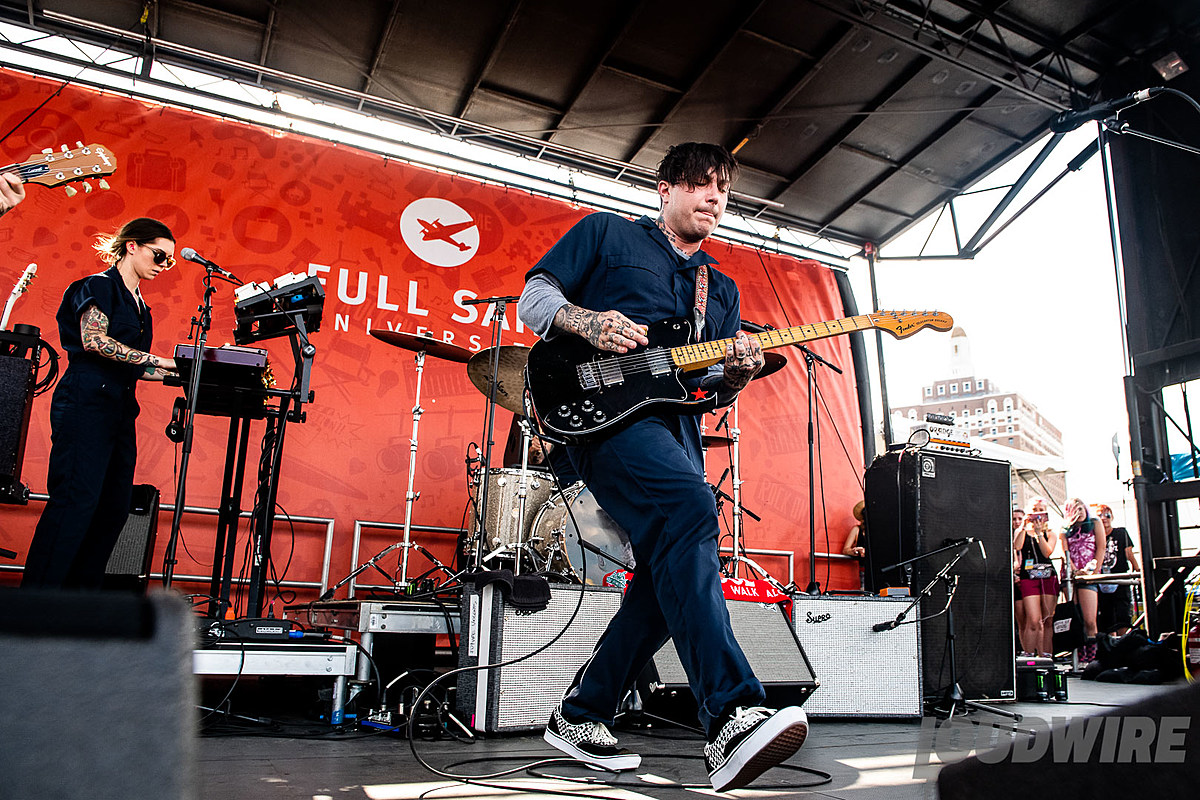 My Chemical Romance guitarist and “Party (goth) Dad” (according to his Twitter) Frank Iero has become known for a number of things when it comes to his performances onstage, including his consistent wearing of jackets regardless of the weather. In a recent tweet, Iero answered a fan’s question about his choices in onstage attire.

“Honestly it helps with my shoulder and wrist. I also have a space heater onstage,” said Iero on his Twitter page. “It seems torturous, I know. But I’m just trying to play my best with the injuries I’ve sustained. In the heat & with compression I’m able to ease some of the pain associated with those injuries.”

For those who are unaware, the guitarist suffered a gruesome wrist fracture last August after falling off of a ladder at his home. Iero also was involved in a serious car accident in Sydney, Australia in 2016 while on tour with his solo project Frank Iero and The Future Violents (formerly the Patience).

Iero recently expressed his concern over the injuries, revealing, “If I’m being honest, between this new injury and the tear in my shoulder from my Australian accident I truly didn’t know if I would ever be able to play guitar again…but I never let those words come out of my mouth,”

As most of us can likely gather, having pain in your wrist(s) as a guitar player for a massive band could pose quite the challenge during a live show, so it’s interesting to see that something as simple as a clothing choice helps Iero so much.

The guitarist also made other headlines for his onstage apparel when he honored the victims of the Uvalde School Shooting by dawning a a white t-shirt that read “19 kids, 2 adults” at a recent show at the Royal Hospital Kilmainham in Dublin, Ireland.

My Chemical Romance, who reunited at the end of 2019, are currently on their comeback tour which will continue late in the fall of 2022. The band shocked and excited fans last month with the release of their new single “The Foundations of Decay,” the first piece of new music from the band in 8 years.

10 Pop-Punk Guitarists Who Can Totally Shred

Take a closer look and listen.

11 Button-Down Shirts You Need in Your Closet

New Horror Movie Is So Gory Theaters Are Giving Out