Here Are the Most-Replayed Scenes in Guns N’ Roses’ ‘November 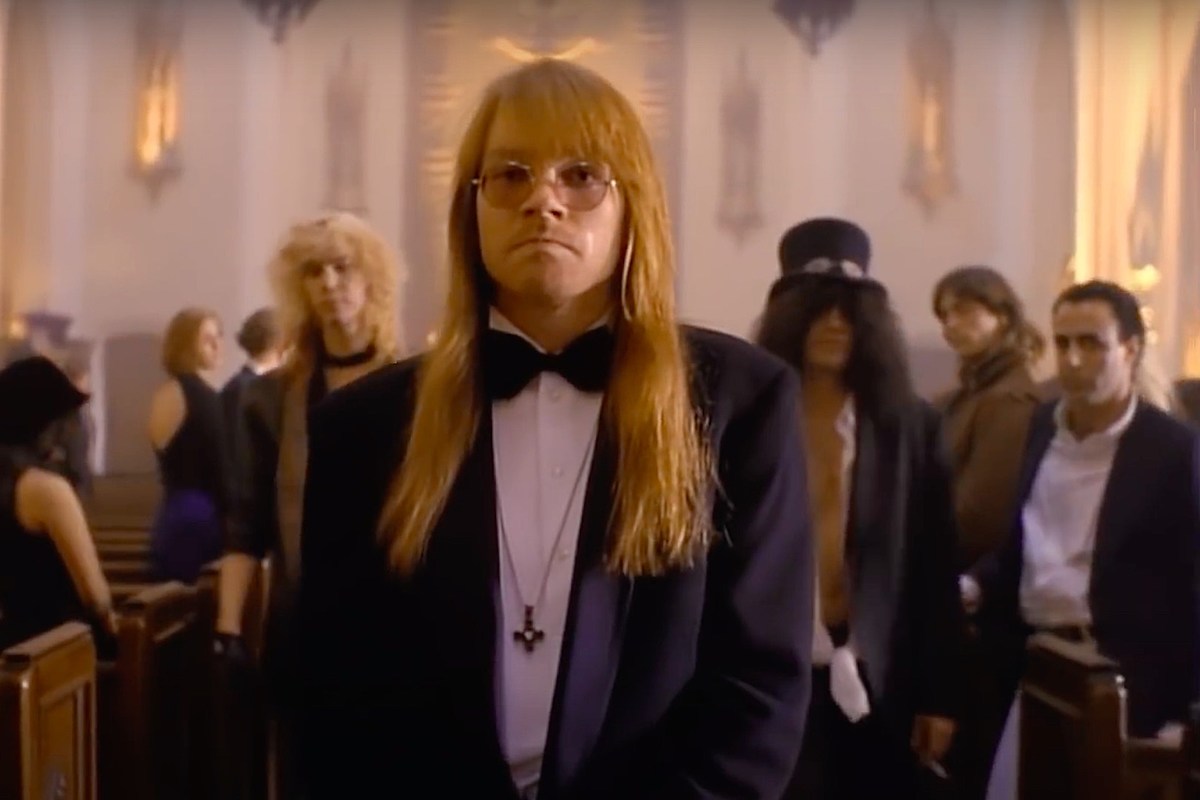 Forget Romeo and Juliet, the “November Rain” music video is one of the most tragic love stories of all time. Yesterday (June 6) marked the 30th anniversary of the cinematic video’s debut on MTV, and though we still have some very pressing questions about the storyline three decades later, we do at least know which two scenes are played the most on YouTube.

Thanks to a new feature on the video platform, users can now see which parts of different videos are the most popular. While it hasn’t been completely rolled out just yet, it does work on the app. Upon dragging the curser on the red playback bar at the bottom of the video screen, a light gray graph will appear. The highest points of concentration depict the most-viewed segments of the video. We’ve provided an image below so you can get a visual idea.

Now, as for the Guns N’ Roses video, there are two sections that seem to be equally-viewed. First is Slash‘s iconic guitar solo, and you can probably understand why. The guy hands the priest Axl Rose and Stephanie Seymour’s wedding rings, decides to skip out on the rest of the ceremony, walks out of the chapel and simultaneously undergoes a wardrobe change, lights a cigarette and then plays the most epic solo in the windy desert.

Funny enough, Slash actually revealed earlier this year that he thought he was going to die while that scene was being filmed. A helicopter taxied around the guitarist in order to get the amazing aerial shots seen in the finished product, but he thought it was literally going to be his last day on Earth because of how close to him it got.

This is a screenshot from Guns N’ Roses music video for ‘November Rain’ that shows guitarist Slash playing his instrument in front of a little white church in a wide open plain.

The second most-viewed part of the “November Rain” video is exactly what we predicted it would be — the funeral scene. The death of Rose’s bride has been a mystery ever since the video first debuted onscreen, and to this day, no one has given a concrete answer as to how she died and why a mirror was placed in her casket.

Now, if you really know the history behind the video, then you know that it’s based on writer Del James short story “Without You,” which was included in his book The Language of Fear. James had apparently written the story after hearing about Rose’s relationship with model Erin Everly, and the singer was such a fan of the story that he wanted to craft a music video around its plot.

In the story, the girlfriend of the rock star dies by a self-inflicted gunshot wound to the head… which could very well explain why a mirror was inside her coffin, but we don’t actually know for sure. So, most viewers likely replay that part of the video over and over to try and figure out what, when and why Seymour’s character died.

We’re honestly surprised that the cake-jump scene didn’t make it in there too, which happened during the wedding reception. You can read more about the mystery of the cake-jumper here.

In July of 2018, “November Rain” became the first music video from the 1990s to reach one billion views on YouTube. As of today, it has amassed over 1.88 billion views. Regardless of some peoples’ disdain for epic power ballads and expensive music videos, it’ll forever be an enormous part of Guns’ history.

All 23 Musicians Who’ve Been in Guns N’ Roses

Hope you got some time to get through this one.

My Book, Plus 300+ Others, Is Banned in Missouri: Book

The Recruit Trailer: Noah Centineo’s Life is on the Line

Munich – The Edge of War