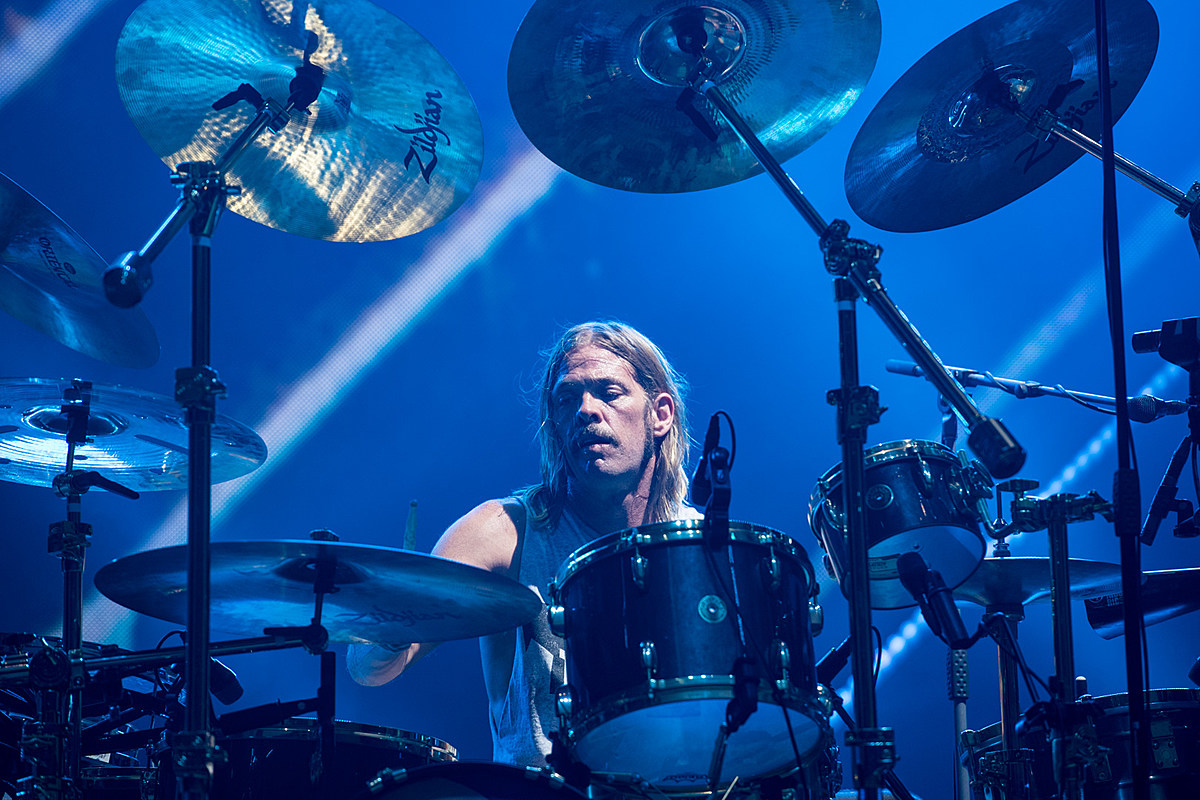 After the tragic passing of Foo Fighters drummer Taylor Hawkins, musicians like Liam Gallagher, Miley Cyrus and Mammoth WGH have paid musical tribute to the late rocker. Watch some of the fan-recorded performances below.

Liam Gallagher honored Hawkins with a performance of the Oasis classic “Live Forever” during a concert in London. “I dedicate this last song to the one and only Taylor fucking Hawkins,” Gallagher said before performing the track. “This is for you, brother.”

Mammoth WVH performed Foo Fighters’ “My Hero” for Hawkins at Big Night Live in Boston. Before the song, Wolfgang Van Halen said, “He was a hero to me, a hero to us [pointing to his band], and a hero to countless people, so we feel this is necessary. We worked this out this morning, so please excuse any rough edges, but we just had to fucking do this.”

Underoath also performed a partial cover of “My Hero” in remembrance of Hawkins at Jannus Live in St. Petersburg, Florida.

Before launching into a performance of “Don’t Let The Sun Go Down On Me” in tribute to Hawkins, Elton John said, “He was one of the nicest people you could have ever met, and one of the greatest drummers and a true musician who loved all sorts of music and loved life. And it seems so sad that of 50-years-of-age, we’ve lost someone who had that much passion.”

Elton John, “Don’t Let The Sun Go Down On Me”

During a concert with Slash featuring Myles Kennedy and The Conspirators in Orlando, Florida, the band performed “Starlight” for Hawkins. Slash called Hawkins a “really close friend of ours,” saying, “he was a great fucking guy, a fucking sweetheart, he was a really good friend, a kickass drummer, a lot of fun to be around. Completely crushed that we’ve lost him.

Miley Cyrus also paid an emotional tribute to Hawkins, dedicating a performance of “Angels Like You” to him. Before the performance, Cyrus tweeted, “Brazil …. I’ve had a really emotionally and physically stressful last few days. After having altitude sickness, my plane was struck by lightening & the first person I spoke to after the flight has now passed away… when I got to where I was going I had bronchitis!”

She added, “[Tonight’s] show is in honor of my friend Taylor Hawkins. The most [badass] dude I know who would want me to shine and sing LOUD for the love of rock n roll! I’ve got this with a little help from my friend TH above & all of you. Let’s do it.”

On stage, Cyrus shed tears while saying, “I would have done anything to hang out with him one more time.”