House of Gucci Is as Italian as a Pizza Bagel 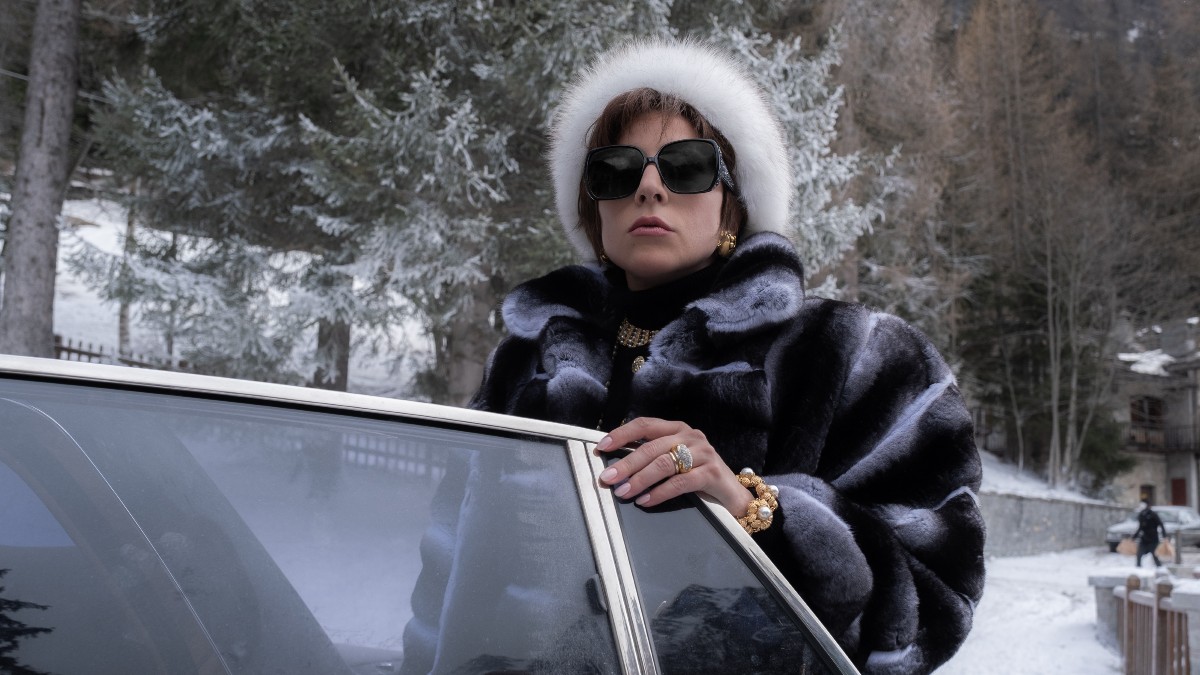 The Pitch: On March 27, 1995, Maurizio Gucci (Adam Driver), then head of the luxury fashion label Gucci, was shot dead on the steps outside his Milan office. Two years later, his ex-wife, Patrizia Reggiani (Lady Gaga), and her accomplices were sentenced to prison, most of them for more than twenty-five-year sentences. But how did we get here? How did a woman who found herself at the top of the fashion world turn into a black widow? Ridley Scott‘s House of Gucci wants to answer those questions, with all the brio and style to which the Gucci name is accustomed.

We flash back to the early ’70s, where a young Patrizia meets and charms the bookish Maurizio, who wants less than nothing to do with the Gucci dynasty, considering his strained relationship with his ailing father Rodolfo (Jeremy Irons). While he’s ready to give up the fortune and live as a noble pauper, Patrizia wants more for herself; she’ll find ways to pull string after string with Maurizio and his family members, including uncle Aldo (Al Pacino) and cousin Paolo (Jared Leto), to get it. It’s a rags-to-riches-to-rags-and-back-again story, filtered through the furs and blazers and Italian leather of 1970s European pop culture, with a healthy dash of Dynasty thrown in.

Money (That’s What I Want): Watching House of Gucci (the second film Ridley Scott’s released this year, following the superlative The Last Duel), you’re reminded of Scott’s 2017 thriller All the Money in the World. Look past the behind-the-scenes story of Kevin Spacey being replaced by Christopher Plummer (and the latter getting an Oscar nom as a result), and you get yet another based-on-a-true-story account of the intersection between wealth, legacy, and crime. The Gettys and the Guccis are both dynasties, ones threatened with collapse by the vagaries of its greedier members, and threatened by the entrance of a fiery, independently-minded woman they don’t know what to do with.

Blac Chyna’s Lawyer: She ‘Did Not Receive a Fair Trial’