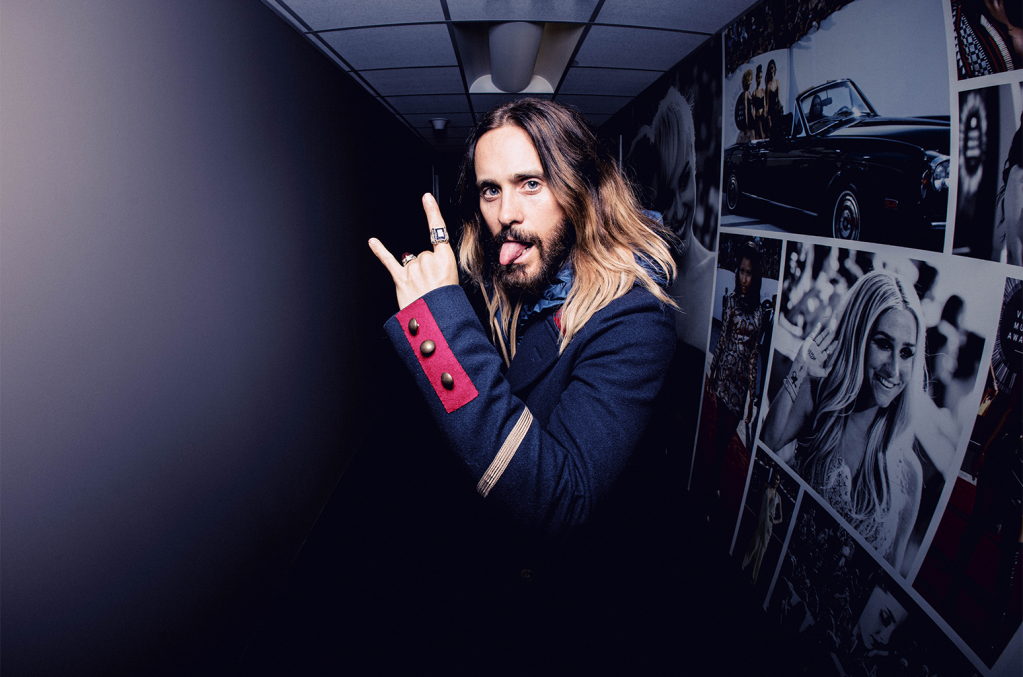 The iHeart ALTer EGO 2023 show descended upon L.A.’s Kia Forum over the weekend, and Billboard was backstage to bring you every exclusive moment.

In-between sets by Fall Out Boy, Red Hot Chili Peppers, Phoenix and Jack White, Billboard social media coordinator Lucy Blonstein chatted up the likes of Jared Leto, CHVRCHES and more on Saturday night. Below, we’ve rounded up seven moments you have to see from backstage.

Leto revealed backstage that out of all the bands on the lineup, he’d want to collaborate with Muse if his band, 30 Second to Mars, ever got the chance. “Because we’ve toured together before, we love them. Great guys, and I think we’d be an interesting, interesting pairing,” he said, standing in front of a giant portrait of Katy Perry. “Yeah, Muse.”

Billboard was also on the ground to catch Fall Out Boy headed backstage after their nostalgia-fueled set, which included classic hits like “Sugar We’re Goin’ Down,” “This Ain’t a Scene, It’s an Arms Race,” “My Songs Know What You Did In The Dark (Light Em Up),” “Thnks Fr the Mmrs” and more, and even caught a candid Pete Wentz whistling as he made his way through the backstage throngs, his long, bleach-blonde hair tied up in a bun and wearing the band’s own merch.

CHVRCHES, meanwhile, shared their “quite boring” pre-show rituals with Billboard, which happen to include vocal and instrument warm-ups, a couple of cocktails made by touring drummer Jonny Scott and listening to music to “get in the ‘zone’,” as singer Lauren Mayberry said. “And that’s about it,” she added. “But yes, no Satanic rituals yet. Maybe on album five.”

Billboard‘s December 2022 Chartbreaker Rosa Linn was also at the big show, where she performed “WDIA (Would Do It Again),” “Never Be Mine” and TikTok breakthrough “Snap.” The Eurovision competitor posed for our camera after leaving the stage, showing off “#ARtSAKH” painted on the sleeve of her jacket to bring attention to the ongoing blockade between Artsakh and Armenia.

Other famous faces we caught up with backstage included Phoenix, Jack White and Beach Weather. Check out exclusive photos and videos from backstage at iHeart’s ALTer EGO show below.

Pete Wentz & Our Backstage POV of Fall Out Boy