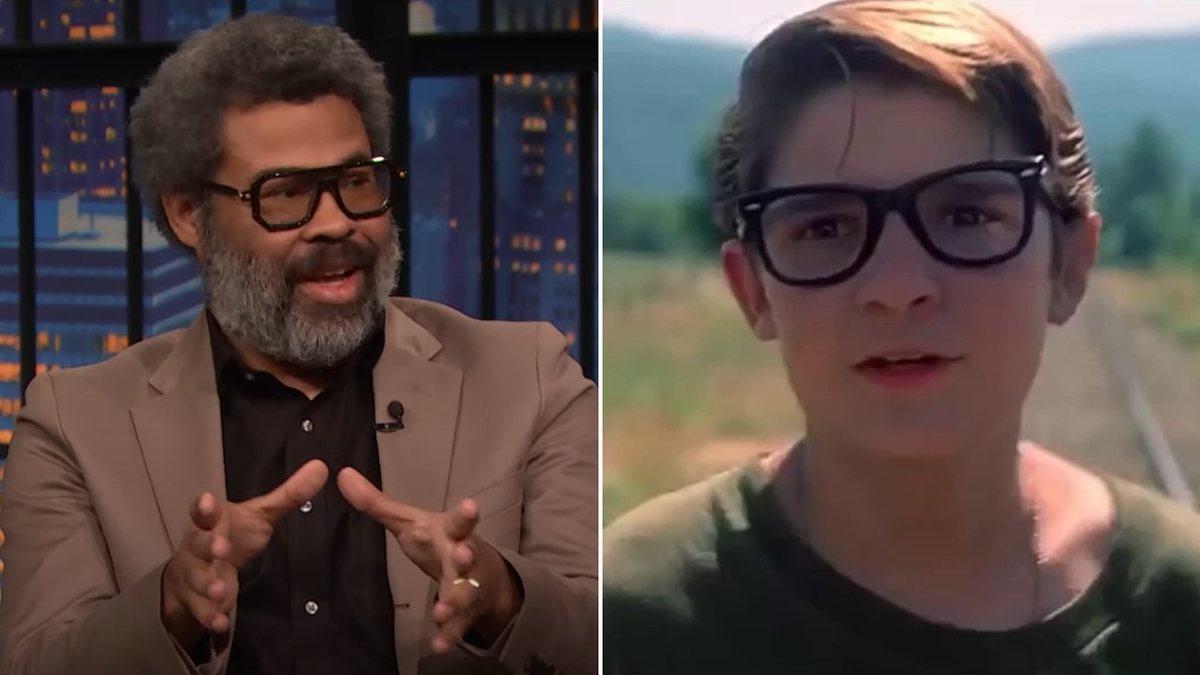 Jordan Peele opened up about his recent friendship with Corey Feldman during his appearance on Late Night with Seth Meyers on Thursday, revealing that he was such a fan of the actor that he “very creepily” bought the prosthetic ear Feldman wore in Stand by Me when it was put up for auction.

“I’m happy to consider him a friend,” Peele said about working with the former teen idol for an upcoming film series at New York City’s Lincoln Center. “There was a whole thing where he was auctioning the ear that he wore as Teddy on Stand by Me and I guess I very creepily bought it. In saying it out loud, I realize how creepy it was. That’s not the thing you should share.”

As it turns out, though, Feldman was actually glad to find out Peele bought the ear when it was auctioned off as a “hybrid NFT” in October 2021. “At the end of this thing, I mentioned it to him and he’s like, ‘Wait, you got the ear?’” Peele remembered. “I was like, ‘Yeah’ and he was like, ‘Man, I’m so glad it was you.’”

The Peele-curated “The Lost Rider: A Chronicle of Hollywood Sacrifice” takes place from January 5th through 14th and features films including Peele’s Nope and two movies starring Feldman: Friday the 13th: The Final Chapter and Stand by Me. However, Peele seems to be most excited about screening Feldman’s unreleased film The Birthday, which he described as “a complete ‘what the f did I just watch’ experience.”

In August of last year, Feldman sat down with Consequence for a three-part interview in which he reflected on the 35th anniversary of The Lost Boys and accused Marilyn Manson of sabotaging his 2017 tour.

Miley Cyrus Dances Through Los Angeles in a Gold Cutout