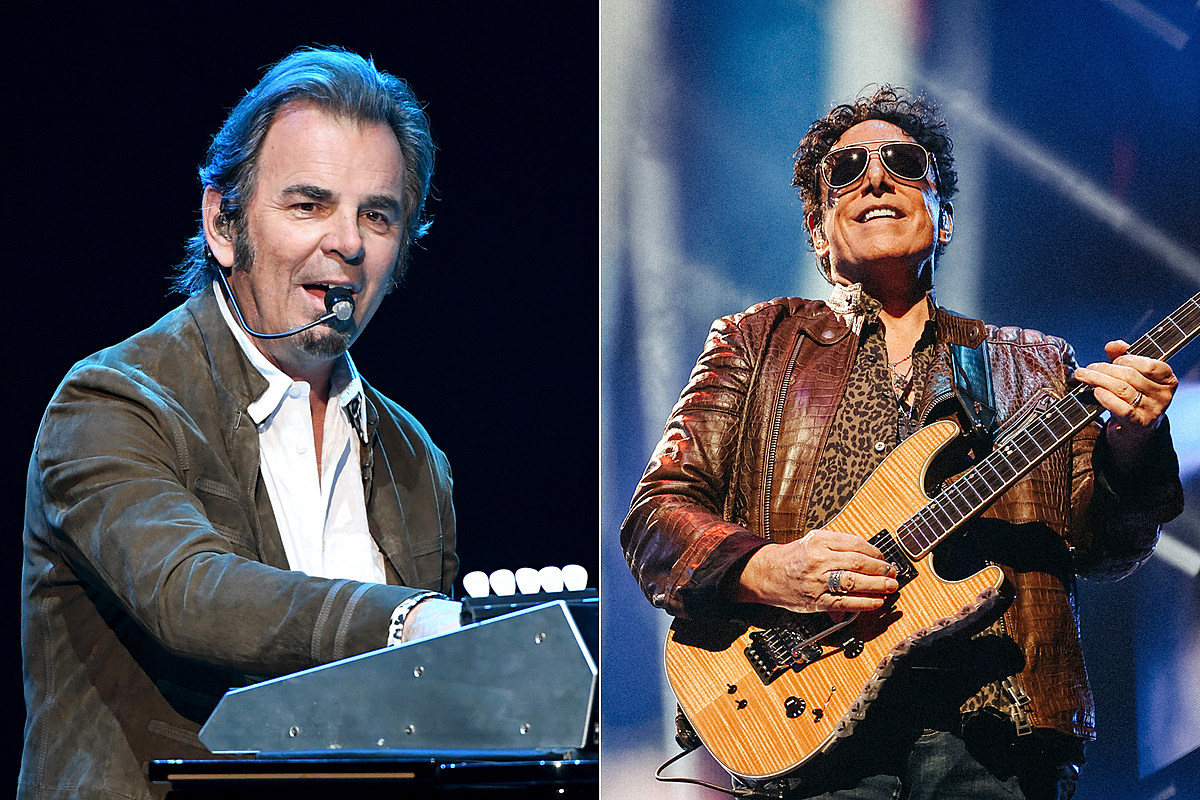 Journey guitarist Neal Schon and keyboardist Jonathan Cain have been engaged in a legal battle for several weeks, and it doesn’t look like the pair will reconcile anytime soon. Why? Because now Schon has issued a cease-and-desist order to Cain regarding Cain’s performance of “Don’t Stop Believin’” at Donald Trump’s Mar-a-Lago resort last month.

Reportedly, Cain contributed to a sing-along of the 1981 hit alongside politicians such as Kari Lake, Marjorie Taylor Greene and Kimberly Guilfoyle. In response – and as noted by Variety and Blabbermouth – Schon’s attorney served Cain with the letter, claiming:

Although Mr. Cain is free to express his personal beliefs and associations, when he does that on behalf of Journey or for the band, such conduct is extremely deleterious to the Journey brand as it polarizes the band’s fans and outreach. Journey is not, and should not be, political. Mr. Cain’s unauthorized affiliation of Journey with the politics of Donald Trump has the band’s fans up in arms, as is demonstrated by a sample of the attached emails and Twitter comments.

This has caused, and continues to cause, irreparable harm to the Journey brand, its fan base and earning potential, especially in light of the forthcoming tour. Mr. Cain has no right to use Journey for politics. His politics should be his own personal business. He should not be capitalizing on Journey’s brand to promote his personal political or religious agenda to the detriment of the band.

The order also cited the incident as a “harmful use of the [Journey] brand,” adding that it’s not meant to “further add to the animosity that is currently plaguing the band and the relationship between Mr. Schon and Mr. Cain.”

Cain’s performance may not be too surprising given that his wife (televangelist Paula White-Cain) is Trump’s former spiritual advisor (via The Guardian). Likewise, Schon’s decree is but the latest in a long line of recent disputes and assertions between him and Cain.

Specifically, and as Loudwire reported in late November, Schon is currently suing Cain over allegedly being given restricted access to Journey’s financial records and “a credit card that had been set up by Cain for Journey business usage.”

Naturally, Cain fired back by claiming that Schon’s “reckless spending” is at the center of the suit, explaining: “Neal has always had access to the credit card statements; what he lacks — and what he is really seeking — is the ability to increase his spending limits.”

Of course, both Schon and Cain were sued by former Journey vocalist Steve Perry back in September, too. You see, the pair supposedly registered nearly two dozen of the band’s biggest songs for merchandising options through their company (Freedom JN LLC) in 2020 without Perry’s permission. In response, Schon called the accusation(s) “a bunch of total crap.”

What happens next is anyone’s guess.

In happier news, Schon recently alluded to the return of co-founding singer/keyboardist Gregg Rolie as Cain’s replacement. On Nov. 27, Schon tweeted a photo of him and Rolie at a ceremony, commenting: “[Two] original founding members. I think my brother Gregg Rolie should join us for [the] 2023 tour. What do you think, friends? He will spice it up, and we will have a great variety of songs to choose from. What would you like to hear for the 50th anniversary tour?”

On that note, Journey’s 2023 “Freedom Tour” will kick off next month, with support from Toto. You can check out the full list of tour dates here and purchase tickets here.

Also, you can watch a clip of the Mar-a-Lago performance below.