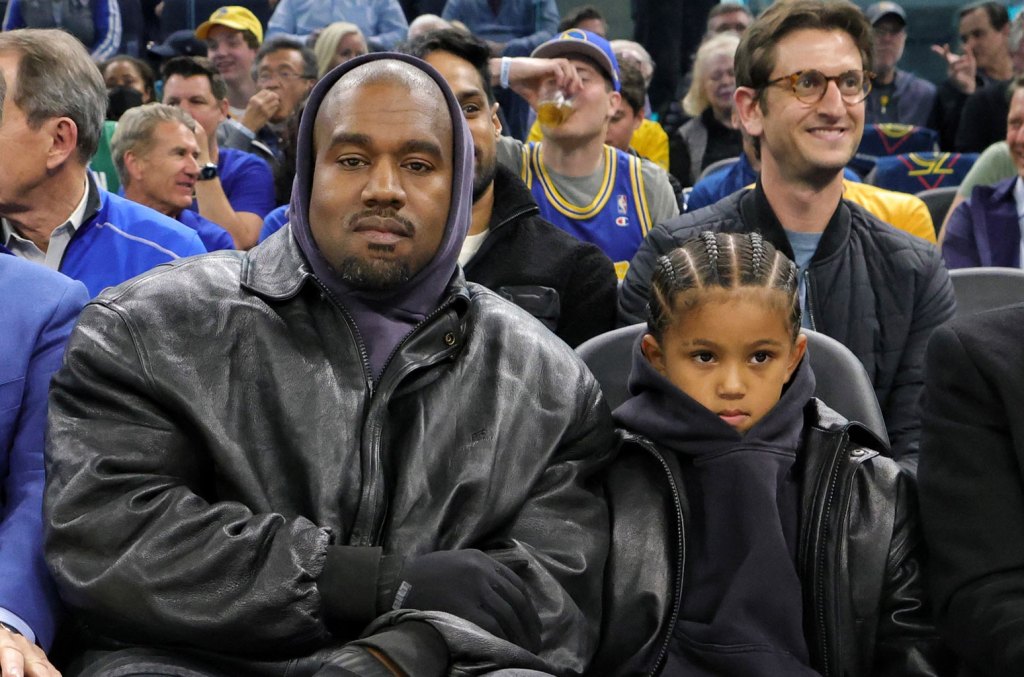 After several public pleas to be united with his children, Kanye West finally got his wish. On Wednesday night (March 16), the “Hurricane” rapper took Saint West, his 6-year-old son with estranged wife Kim Kardashian, to an NBA game for some father/son bonding time.

Sitting courtside and matching in black hoodies, leather jackets, gray jeans and boots, West and his eldest son watched the Golden State Warriors face off against the Boston Celtics at the Chase Center in San Francisco. Ahead of the game, Saint and his father met with Celtics player Jaylen Brown and posed for photos with the basketball star.

The outing comes at an incredibly tumultuous time for the Yeezy fashion mogul. Earlier on Wednesday, West was suspended from Instagram for 24 hours after using a racial slur against Daily Show host Trevor Noah.

West has claimed that Kardashian has taken measures against him seeing their four children, including failure to disclose the address of daughter Chicago’s birthday party and not allowing him to bring their kids to visit his hometown of Chicago. The rapper purchased a home across from Kardashian’s and opened up about his decision to do so in an interview with Jason Lee for Hollywood Unlocked. “My solace comes from seeing my kids and getting a solid schedule. That’s why I even got the house,” he explained. “The media flipped into there was something wrong with me getting a house next to my kids.”

West also added that there is “nothing with my career, with this rap, with this media, with none of that, that’s gonna keep me from my children. And that’s what I want everybody to know.”