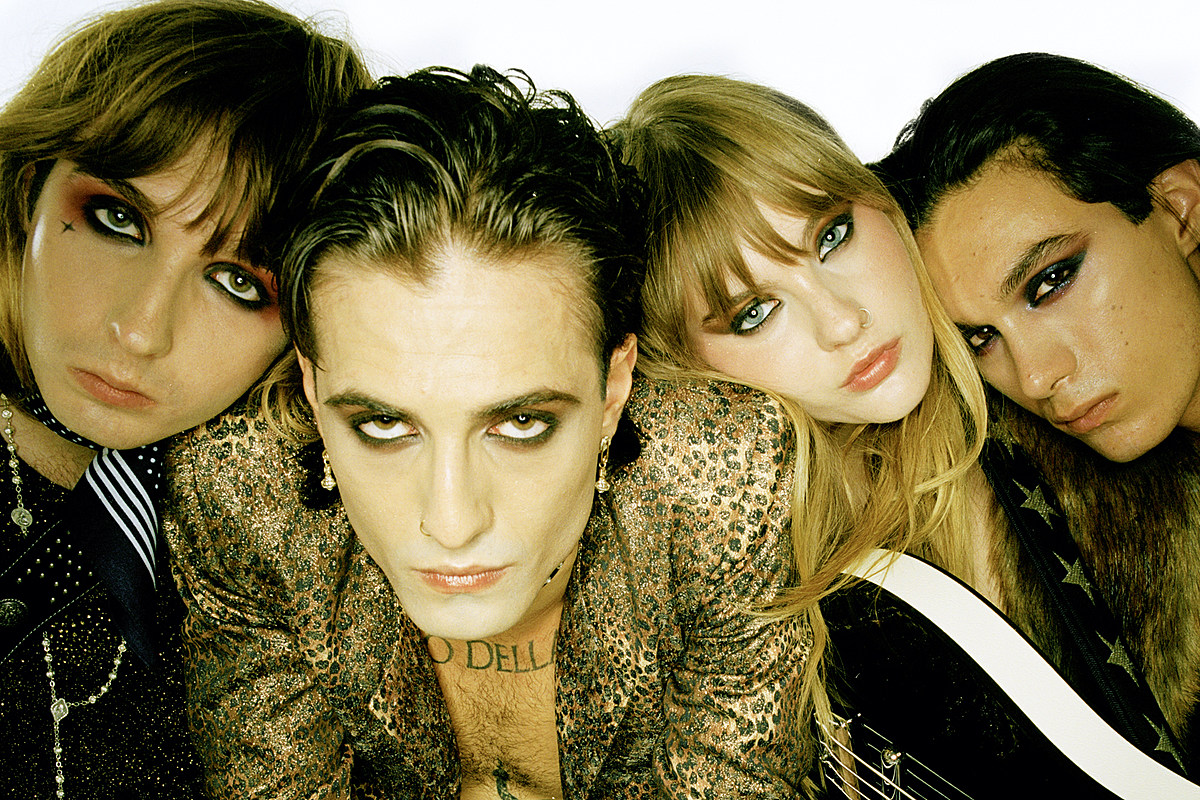 Maneskin have had a banner year, to put it mildly.

The young Italian rock band, who have a current hit in the United States with their song “Beggin’,” won the international Eurovision Song Contest in May, weeks after winning the biggest song contest in their home country at Sanremo Music Festival. Taking that success across the pond, Maneskin completed their first U.S. visit early this month — it included their American TV debut on The Tonight Show and a group of concerts that, for one, had them opening for The Rolling Stones.

And in the months between the band’s European consummation and their stateside breakthrough, “Beggin'” — Maneskin’s sultry cover of an old pop-soul song first made famous by The Four Seasons — became not only an alternative radio hit but a crossover one. As of this week, it has spent six total weeks at No. 1 on Billboard‘s Alternative Airplay chart. It’s also been steadily climbing the Top 40, this week rising to No. 13 on the mainstream Hot 100. Just days ago, “Beggin'” was certified platinum for a million in U.S. sales by the Recording Industry Association of America.

But whether they’re the next big thing in rock music requires consideration, even if Maneskin is a rock band.

One might presume rock fans in 2021 would welcome the mainstream triumph of a song like “Beggin'” — a tune with rock hallmarks such as electric guitar and live drums. But the chart where the group is most excelling — alternative — exhibits Maneskin’s knack in rock’s pop vein, instead of hard rock or metal. For Mainstream Rock Airplay, Maneskin currently only have one song, “I Wanna Be Your Slave,” at No. 36.

Yet the outfit’s sound (and style — sleek, sexy, an air of glam pomposity) is a clear descendent of 2000s indie rock and older classic rock. “Beggin'” and the band’s other singles — their latest, “Mammamia,” is a prime instance — exude garage rock energy. One could say that Maneskin, while more polished, take after, say, Bloc Party or Franz Ferdinand. But on modern-day airwaves, that particular brand of rock has all but died out.

So where is Maneskin to go, then, if not straight into the arms (er, ears) of the pop listeners of the mainstream?

We wanted to put this question to the group themselves and see what they had to say. Getting an audience with Maneskin these days is like catching lightning in a bottle, but as luck would have it, we were granted a chat during their recent U.S. trip, speaking to them the day after their first-ever U.S. live show at New York’s Bowery Ballroom on Oct. 27.

And their answers didn’t disappoint.

“Piss off!” says David, illustratively quipping when Loudwire asked what he thinks about listeners who feel the band isn’t “rock enough.”

Getting more serious, he adds, “We don’t think about it too much. We don’t feel like we have to bring back rock ‘n’ roll music. We just want to work on our music and see where it goes. Bringing back rock ‘n’ roll, of course, that would be like the biggest achievement possible. But we’re OK with our music how it is.”

De Angelis further explains, “We really don’t care about that. We don’t feel that we have to prove ourselves to be a real rock band or anything like that; we’re just doing music. If it’s considered rock or pop or whatever, it’s entirely not important to us. The main thing is I think people should just listen to the music and judge the music without having preconceived notions.”

After all, Maneskin — pronounced like moan-eh-skin, the Danish word means “moonlight” — have been through this before. They originated in an area that, by their own accounts, hardly has any rock bands anymore, and, as an extension of that, didn’t take them seriously when they started. But with their subsequent success, they’ve proven to listeners back home that they can climb music’s ranks regardless.

“In Italy, there’s really not a rock scene,” De Angelis describes. “No other rock or anything like that is mainstream at all. So at first, everyone there was saying we weren’t going to be successful. But now that everything is going so well and people are following us all around the world, no one is trying to change us. With record labels and in other countries, everyone is understanding of who we are and they’re allowing us to be ourselves. And that is the most valuable thing for us.”

Maneskin, now all in their early 20s, met when they were teenage students in Rome. David recalls, “Victoria and Thomas, they had a few bands before, but they never worked out because when you’re young it’s really hard to find people who take it seriously. But then we met, and we found Ethan on a Facebook group. And since that very first moment, we were 100-percent focused. We were skipping school days. The way we took it very seriously made us realize that it was actually possible.”

Questioned about the band’s influences, the lead singer continues, “Each one of us has different tastes and different backgrounds; we all grew up listening to different artists. I think our music is a mixture of all of that. As for vocals, I don’t try to emulate anybody, but I would say that some of my favorite rock singers are [late Soundgarden and Audioslave vocalist] Chris Cornell and [Aerosmith‘s] Steven Tyler.”

David also mentions Led Zeppelin as having an impact on his style before our time is up. But prior to parting ways, Loudwire mentions to Maneskin that another popular music group, the recently reunited Swedish act ABBA, also started their career by winning the Eurovision Song Contest. And though the original phrase is Italian, ABBA also has a song with a very similar title to Maneskin’s most recent single, 1975’s “Mamma Mia.”

So is there any connection between the two groups?

Bands That Are HUGE in Europe but Not America