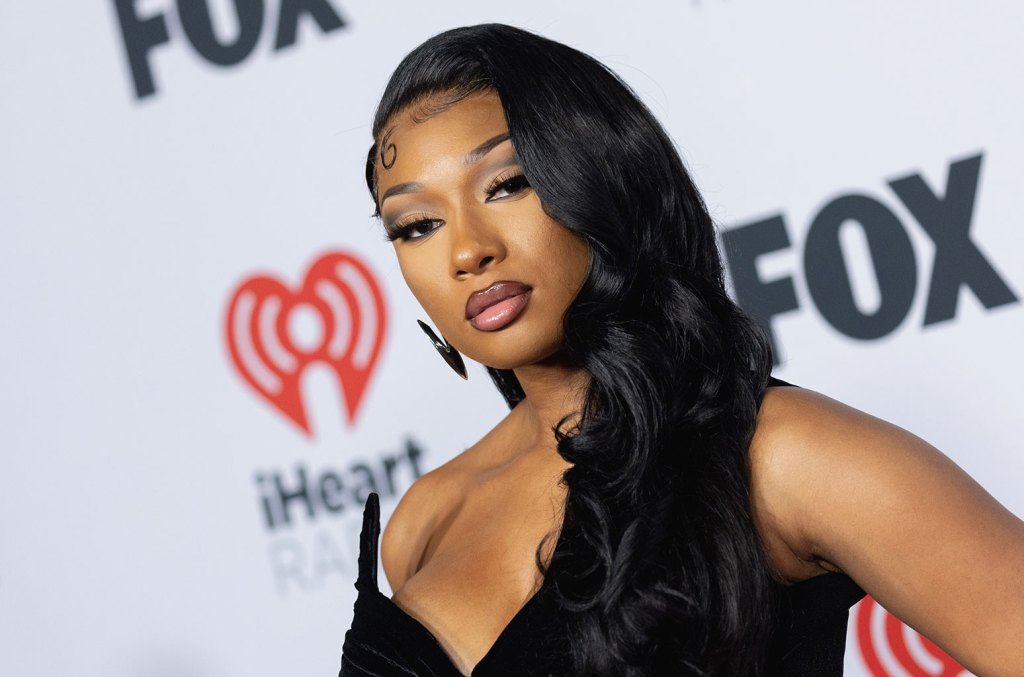 Megan Thee Stallion is getting into the Halloween spirit with some spooky new jack-o’-lantern photos. The Grammy-winning rapper took to social media on Saturday (Oct. 1) to continue her tradition of posing with a carved pumpkin on her head ahead of Halloween on Oct. 31.

In this year’s new set of sinister pics, Megan is seen relaxing around the house in pink silk pajamas while sipping on a fruity cocktail, all while wearing a bright orange pumpkin with hallowed out pointy eyes, an upside triangle nose, and a mouth with jagged teeth.

This isn’t the first time the “Plan B” artist has celebrated Halloween early. Last year, she kicked off the first day of October with a similar set of pictures. For those images, Megan sported a similar looking jack-o’-lantern, but opted for a black long-sleeve crop with dark leggings and tons of diamond encrusted jewelry, including a flashy “Hot Girl” necklace.

In 2021, the 27-year-old rapper dressed up as Pinhead, the lead Cenobite in the Hellraiser film series. Instead of donning the antagonist’s usual floor length leather jacket, she had a NSFW vision for costume — a black patent leather cut out bodysuit and matching thigh-high boots with several buckle and piercing adornments.

“Pain has a face. Allow me to show you. Gentlemen I am pain #hottieween,” Megan wrote on Instagram. In a follow-up post, she told her followers, “y’all already know my hottieween party abt to bet LIT this year…I can’t wait to see everyone’s costume.”

Megan is also set to perform a double-duty gig on Saturday Night Live as both the host and musical guest on Oct. 15. This will be her second time taking the SNL stage, as she previously appeared as musical guest to perform “Savage” and “Don’t Stop” in 2020. The evening will mark her first time hosting the longtime sketch comedy show.

Check out Megan’s all-new pumpkin head photos on Twitter below.