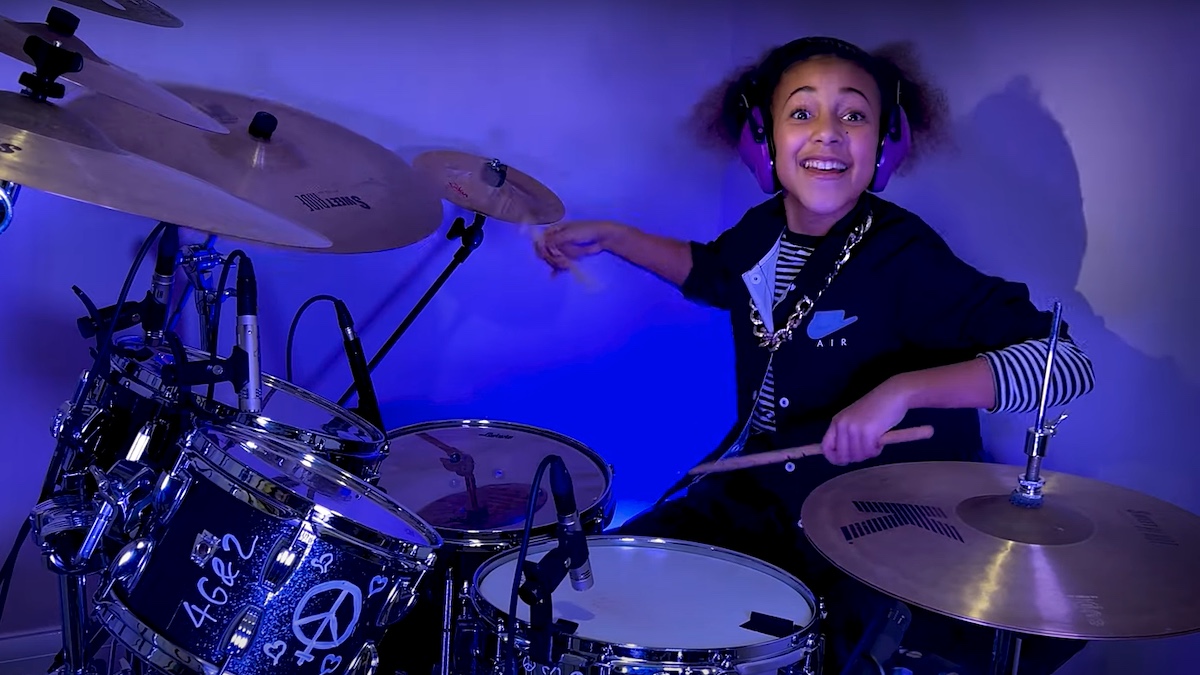 Nandi Bushell, the 11-year-old musical prodigy who just earned Consequence’s 2021 Rookie of the Year honor, has delivered her “most challenging drum cover” yet: the complex “Forty Six & 2” by Tool. And, as always, she absolutely nails it!

Not too many seasoned pros can go beat for beat with Tool’s Danny Carey, easily one of the greatest rock drummers of all time. But Nandi was certainly up to the task. With a smile on her face, Nandi offered up a few drumstick twirls and flips before launching into the epic track from Tool’s classic 1996 album Ænima. From there, she played the song like an absolute champ, crushing the heavy middle sections and rolling up her sleeves at the 4:30 mark for a killer fill.

“This really was the most challenging drum cover I have done, so far,” wrote Nandi in the YouTube description. “Lots and lots of complex timing changes and difficult patterns, it’s really fast in parts and its really long song, too! I really enjoyed the challenge!!! I am now a #ProgRock fan! #DannyCarey – AMAZING beats!”

She continued, “My Uncle Ema LOVES @TOOL, he has been playing me all their songs hoping I will cover one for a very long time. This one is for you Uncle Zombie. Tool are my most requested band to cover!”

As mentioned, Nandi recently was named our 2021 Rookie of the Year, and she was kind enough to sit down with us for an exclusive interview over video Zoom. Among the topics she discussed was her headline-making drum battle with Dave Grohl, telling us, “It’s really heartwarming that I made people happy. Jamming with Dave Grohl and having the drum battle with him was epic, awesome, legendary, and amazing.”

The multi-instrumentalist’s father, John, also joined us for the interview, remarking, “A few years ago when we started posting videos of Nandi drumming on Instagram, we could never have imagined all of the mind-blowing, incredible things to have happened over the past couple years to have happened.”

And catch Tool themselves when they launch their 2022 US tour in January. Tickets are available via Ticketmaster.