Nation of Language on Finding Their Momentum Over the Pandemic: 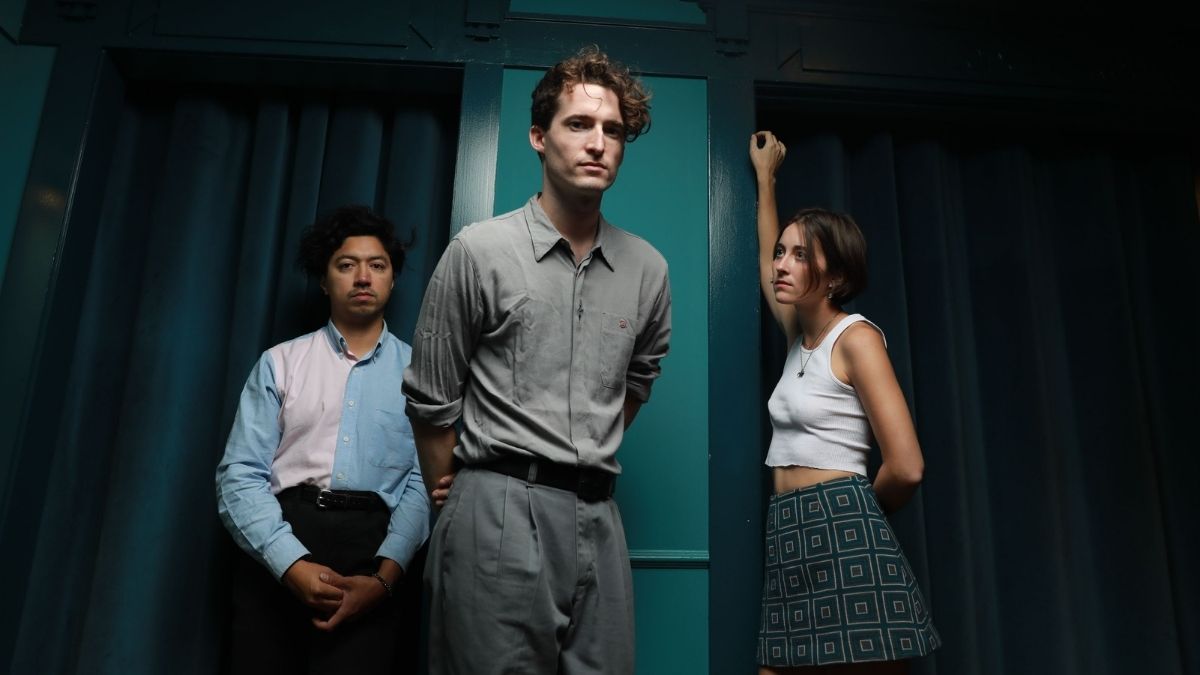 Several years ago, Ian Devaney found his NYC musical project at a standstill. “At one point, it was like half the band suddenly and separately moved to Los Angeles,” he says. “I was like, ‘Oh, I guess this has run its course, because everyone’s gone.’”

It was not without hardship — after releasing their debut album Introduction, Presence in early 2020, the pandemic set in and left the band without any shows to play: “We always felt like the live show was the thing that would really kind of capture people’s attention and imagination… how would anyone ever find this record if we can’t go out and play it?”

Yet, the band continued its steady rise to success, and now, they’ve released their brilliant second album, A Way Forward, today (November 5th). A Way Forward advances on the many sonic foundations from their debut, but the songwriting is even more sharp, precise, and emotionally resonant. Nation of Language have found a way to meld a nostalgic new wave sound with a modern interpretation of synth pop, equally classic as it is relevant.

Amidst these contemplative tracks are themes about consumption, expectations, the dynamics of relationships, and the ever-present environment of New York City. And now, the moment to show off has finally arrived for the trio: fresh off their first ever U.S. headlining tour, Nation of Language are set to play dozens of shows across the globe in support of A Way Forward.

Consequence caught up with Nation of Language to chat about A Way Forward, their favorite New York City music memories, and the band’s unique origin story. Check out the full Q&A below.