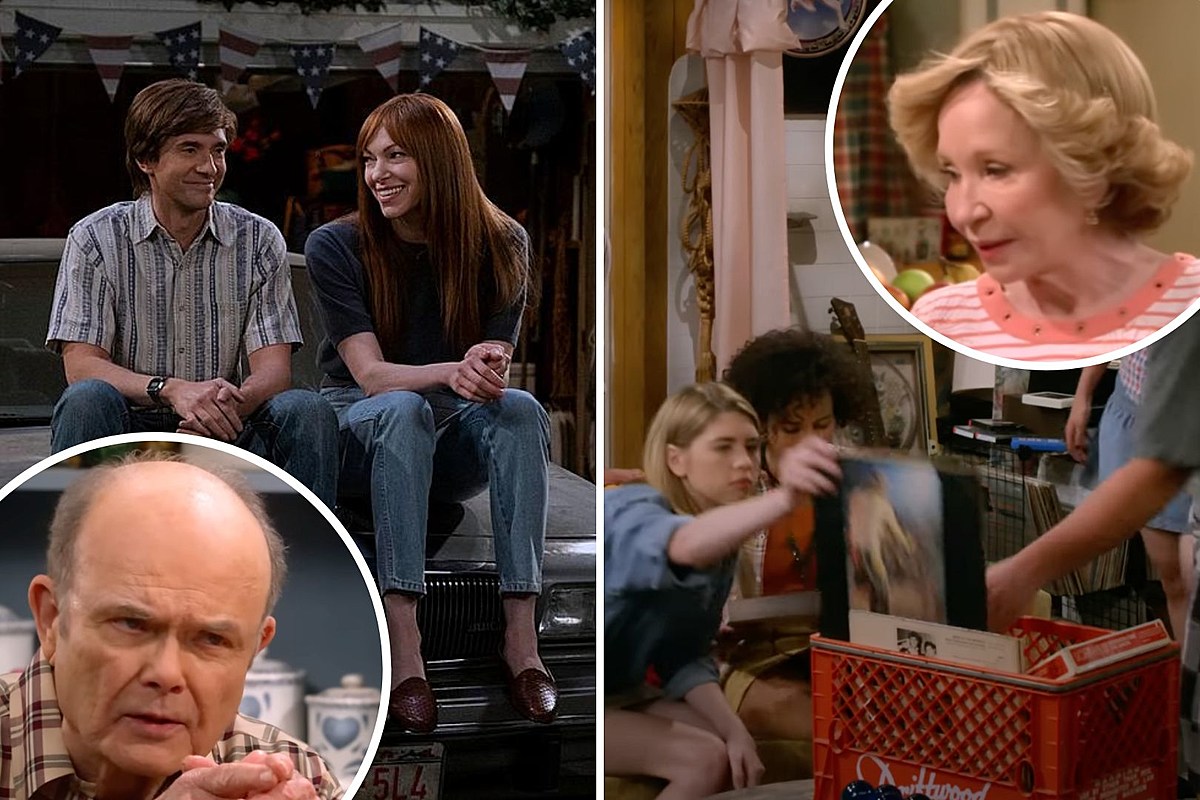 The gang from That ’70s Show is back together in the trailer for the sequel series, That ’90s Show.

The series is now set in 1995 and it follows Eric and Donna’s daughter Leia as she visits her grandparents for the summer. The trailer shows clips of Kelso and Jacki together along with the revelation that Fez now owns his own hair salon.

Towards the end of the trailer, Eric can be seen consulting his parents – Red (Kurtwood Smith) and Kitty (Debra Jo Rupp) – as to what to do with his rebellious daughter.

“All I know, is that I’m going to love her and stand behind her, no matter what,” Eric says.

Red delivers a classic response in only the way that he can.

“That is a great idea. Because when you stand behind your kids, it’s easier to put your foot in their a–.”

Similar to its predecessor, That ’90s Show will feature a group of teens hanging out in Red and Kitty’s basement, where they indulge in some substances.

However, not all is smooth when it comes to Eric and Donna’s daughter moving into her grandparents’ house. In fact, it is quite difficult for Kitty and Red.

“Why did you open our house to chaos again?” said Red. “All the dumba–ses were gone!”