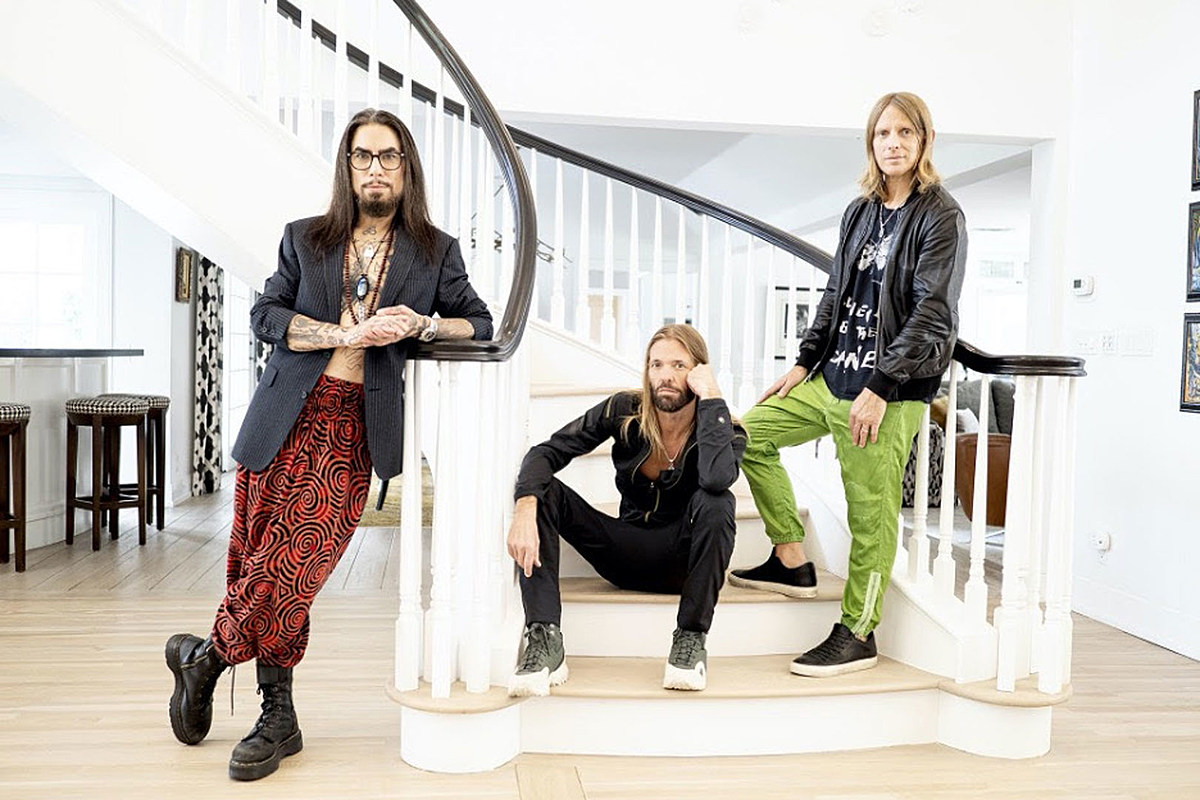 UPDATE: NHC have now teamed up with director Liam Lynch to provide a new video for their song “Devil That You Know.” Have a look at the clip in the player below.

Dave Navarro, Taylor Hawkins and Chris Chaney are back with two more new songs from their new project, aptly titled NHC. After debuting back in September with “Feed the Cruel” and “Better Move On,” their latest offerings – “Devil That You Know” and “Lazy Eyes” – continue to show their range.

“Devil That You Know” starts with a fiery, squalling guitar line from Navarro but pulls back into more melodically hypnotic verses sung by Hawkins. The song speaks to coming to terms with the titular “devil that I know.”

Meanwhile, “Lazy Eyes” definitely feels like it has a late ’60s / early ’70s psychedelic influence. After a blistering opening jam, this love lament devolves into a jaunty psych-out that’s certain to capture the ears. And be sure to strap in for the trippy mid-section. Take a listen to both songs in the players below.

NHC, “Devil That You Know”

If you like what you hear, “Devil That You Know” is available via multiple platforms here, while “Lazy Eyes” can be found at this location. And stay tuned as more music is expected to follow.