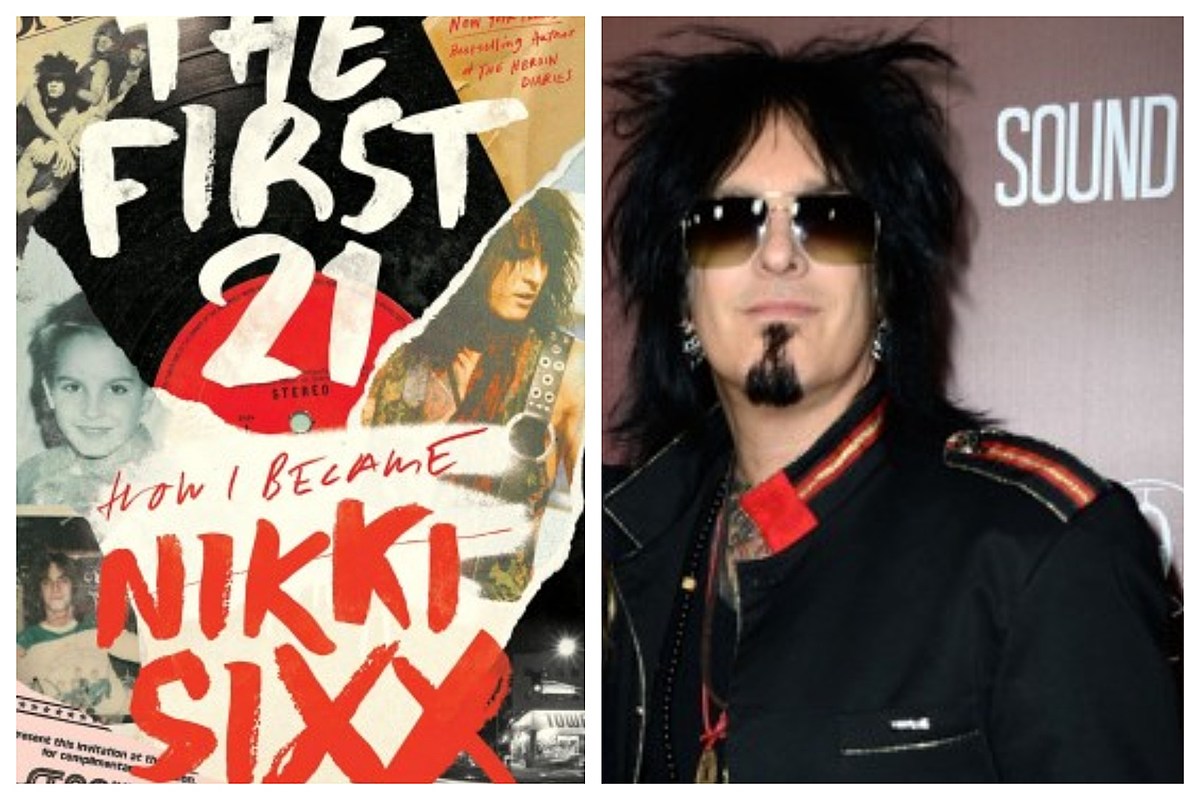 Unlike the drug-fueled post-success horror stories in The Heroin Diaries, Nikki Sixx’s new autobiography The First 21: How I Became Nikki Sixx, is an up-and-comers blueprint to creating one of the biggest bands ever. In it, Sixx chronicles some of his escapades as a child scam artist.

Talking with Billboard about the book that begins with his ancestors in Italy and goes to just days before the band became Motley Crue, Sixx says “A lot of things built up to this… You don’t just wake up and roll out of bed and you’re Alice Cooper, y’know?”

Sixx says although there is some unpleasant stuff about his childhood in there, he didn’t pen the book as a hatchet job to the people who raised him.  “I didn’t want to write this book from the point of view of, ‘I’m gonna get a guillotine out and I’m gonna let everyone have it ’cause I was mistreated!'”

The First 21 details how he explored different kinds of music, got into writing, and in order to afford the stuff he needed, became a scam artist. “You can’t afford bass strings? You gotta do something,” Sixx explains about some shady childhood businesses.

He started by reselling penny candy for a markup as a kid, which eventually morphed into stealing a guitar. And before his boss caught him, a teenaged Sixx was conning carpet-cleaning customers into paying for a special treatment that was really just water. “There was a lot of petty stuff, but I’m sure if I’d been caught I couldn’t be, like, ‘But officer, I was doing it in the good name of rock ‘n’ roll, and I’m gonna form a band someday that you guys are gonna love.’ They’d be like, ‘Cuff him!’ But literally, it was down to, ‘What will we do to be able to get what we want?,’ which was get the band on stage.”

The First 21 comes with a new Sixx:AM Hits compilation and also has a chapter about the (finally) upcoming Motley Crue reunion tour.  The Stadium Tour, postponed twice because of COVID, is now supposed to start June 16 in Atlanta.

Sixx shares some tidbits about the lineup, like that David Lee Roth turned down a spot on it because he didn’t want to open for bands Roth influenced, and also what goes into preparing to go on the road. “The Stadium Tour chapter was important for me to write because I wanted the fans to know what we do, at least what I do, to prepare for such a thing.”

The First 21: How I Became Nikki Sixx is out now, get it here.

Motley Crue: A Timeline of Their Storied Career

TikTok Claims To Have Found Three of the Most Disturbing