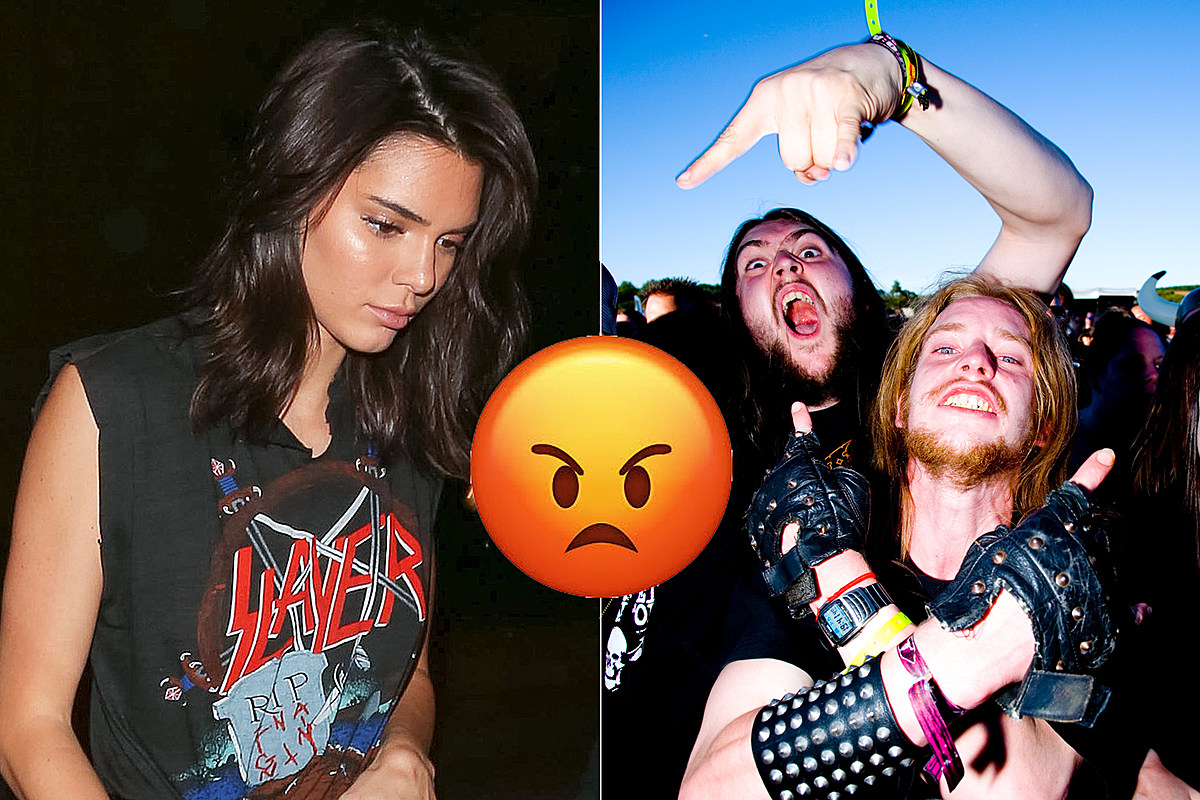 Gatekeeping – the act of keeping others away from something you like – has plagued the metal community for decades. At concerts, on Reddit, and in social media comment sections, there are always some enforcers of some sort, ready to tell you that your favorite band isn’t really metal, that you don’t know what metal even is, or that you just don’t belong here. And, simultaneously, we’re told that we’re a family and that this community is more open than others. So what’s actually going on here?

Way back in the ‘90s, being a “poseur” was a horrible insult. You were just a spectator looking at the metal community from the outside and not cool enough to actually be a part of it. When Lars Ulrich threw darts at Kip Winger’s photo in Metallica‘s Live Shit: Binge and Purge, the message was clear – you’re either with us or against us.

Asking people wearing metal T-shirts to name three songs by that band, keyboard warriors one-upping strangers on the internet by showing off the obscure artists they’re into, and old timers lamenting how their legacy bands sold out or peaked after their third album: all forms of gatekeeping. For a community that supposedly welcomes everyone, there’s a lot of gatekeeping out there. So why does it happen?

As a psychologist and lifelong fan of heavy music, I’ve spent the last 25 years observing hundreds of shows, thousands of hours on YouTube and asking every single one of my therapy clients about their musical tastes and attitudes, and here’s what I’ve discovered…

(Loudwire contributor Steve Byrne is a licensed psychologist and an associate professor of counseling. He is also the instructor for the university honors course The Psychology of Heavy Metal and Punk Rock.)

Way back in the 1950s, social psychologists noticed that it is incredibly easy to divide people into the in-group and the out-group. In ambiguous settings, we look to associate with our peers and we align against those who are different. We saw this with kids at summer camp (the famous Robbers Cave experiment), but also with political beliefs, racial identity and other social issues.

It’s just human nature to see others who are not like us as a threat in some way because we’re all pretty fragile. Unless you’re delusionally confident, everyone feels insecure at times, and subconsciously, we’re all trying to prove to ourselves and others that we’re good enough. One tactic for doing so is to label people who aren’t like us and put them down. If someone else has crappy taste – in music, clothes, TV shows, hobbies, whatever – at least we’re not that bad.

And we can model ourselves after some key figures who really had to make that point. Pioneers in metal had to prove that they were legit, that the look wasn’t fake like the pop stars, and that they had real chops, so they became the template.

As an outsider, you cling to those who can make you feel included, so Dio, Ozzy, Hetfield, Halford, Lemmy – they’re not just musicians, they’re idols to emulate. And when they take shots at their competitors in pop music, we notice and remember, even when that was 30-plus years ago.

Some of us have crappy social skills.

I’ve met lots of people in real life and online who claim not to be gatekeepers. Actually, nobody really says they’re a gatekeeper. “We’re inclusive! We want to show you what real music is!” But their behaviors say otherwise.

So where’s the disconnect? Well, for some, it’s their approach. Do you think that when you post a poorly-worded comment about how some band sucks, is that supposed to engage a young impressionable person in a thoughtful conversation? Was that an effort to offer support? Well, maybe.

After having listened to clients during therapy, I can tell you that nobody actually wants to be an asshole.

But if you ask other people about their perceptions, it definitely still happens. And it goes back to that first point – people are trying to prove that they belong to something, that they know something, that you should look to them for guidance. They feel better about themselves when they can elevate themselves into a higher status position, sometimes by telling you that you’re not at their level.

Unfortunately, those efforts usually backfire when the recipient of that message gets defensive or feels slighted — a very common occurrence — due to that very human desire to be accepted by others. There’s got to be a better way of bringing people into the metal community than insulting the bands they like, and frankly, that kind of persuasion just isn’t going to happen in the YouTube comments section.

I propose a compromise here. Perhaps the problem of gatekeeping isn’t actually as much of a problem as we think it is. What if the elitist notions, the “not metal enough” attitudes, and the “they haven’t made a good album since [insert ‘80s thrash classic here]” comments are just a perception, and not an accurate view of the current state of the scene?

Maybe people can actually say their piece, rather than reading an offensive comment online and just labeling every other fan of that band as an elitist. Maybe you can like Volbeat or Bring Me the Horizon and it doesn’t actually matter what some troll thinks (come see me for therapy if this is a real challenge).

English singer Oli Sykes of Bring Me The Horizon performs live on stage during Rock am Ring at Nuerburgring on June 8, 2019 in Nuerburg, Germany.

After all, divisive political figures and their allied news outlets thrive on the idea that it’s “us against them,” that only one group can be right, and that diversity of opinion is a threat to one’s established way of life.

This, when applied to our community, highlights the extremes. Yes, there are definitely some real gatekeepers out there, but we’re primed to see them everywhere, even when they don’t really exist.

The in-group/out-group mentality keeps us focused on identifying people who are not like us, even when they’re barely not like us. And those who are seemingly kept out by these gatekeepers might be seeing the gate as some hulking castle drawbridge, sealed up tight and ready to defend a kingdom against marauders when it’s really just a broken garden fence, easily stepped over.

Here’s a balanced “old man” perspective — being a fan isn’t a competition and it is okay if other people don’t resonate with your tastes.

The community isn’t really that fragile, so we shouldn’t treat it as such. So as someone who loves both old music and new music, who appreciates the family mentality of a metal show, and is heartened to see a circle pit come to a halt because someone dropped their glasses or their phone, I want us to do better.

The established fans, those exclusively into niche bands – you can do better.

Recognize that we all have to start somewhere and eventually find our way out of the mainstream. That kid listening to Machine Gun Kelly? How does this actually hurt you? Are you worried that young kids are not being exposed to metal?

Be patient, don’t be an asshole, and please let those messages, intended to help, land a little more softly. And to the tentative ones, afraid to proclaim your love of mainstream metal or *gasp* other types of music, toughen up a little, will ya?

Behind those supposed judgments are a group of people who really do want to welcome energy you and teach you a few things. After all, we’re all outsiders in a way, we all want to connect with each other, and especially when you’re at a show, we’re all here for the same reason – a world of music and culture that we love.

16 Things Metalheads Really Need to Get Over

Get over it! Here are 16 things that metalheads really should get over.