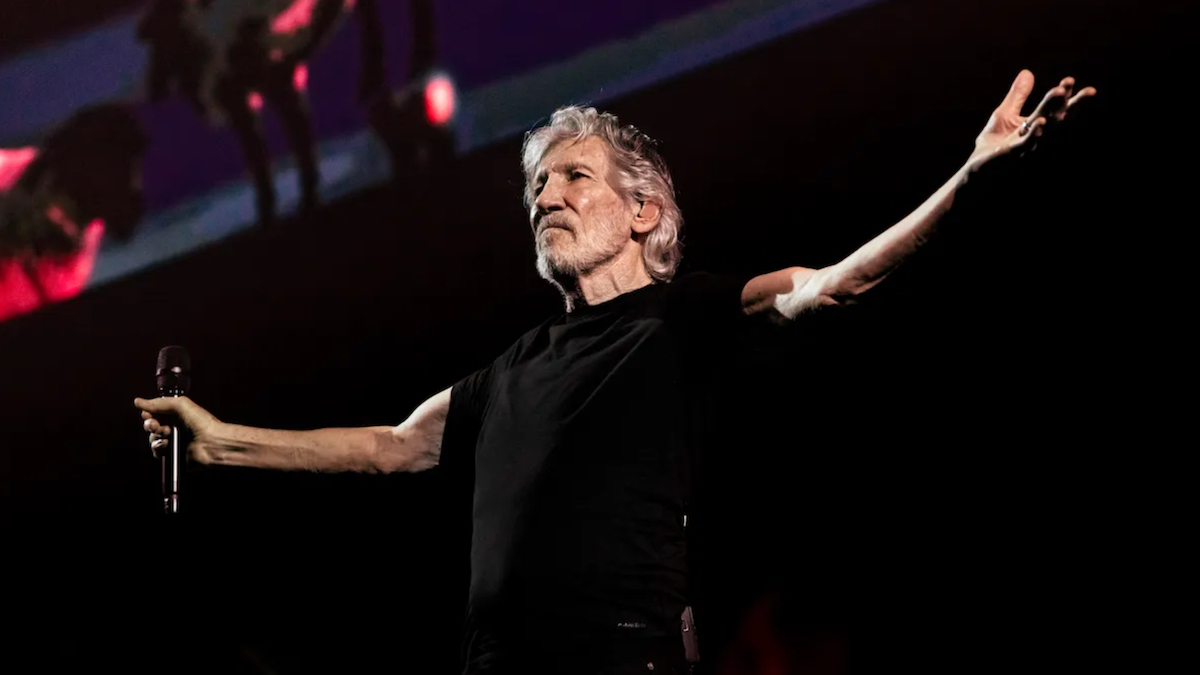 Aspirational expert in foreign affairs Roger Waters has written an open letter to Vladimir Putin in light of Russia’s war on Ukraine. But rather than asking the Russian president to withdraw, the former Pink Floyd member has instead asked Putin to promise that he won’t “overrun the whole of Europe.”

“Firstly, would you like to see an end to this war?,” Waters wrote to Putin on Facebook. “If you were to reply and say, ‘Yes please.’ That would immediately make things a lot easier. If you were to come out and say, ‘Also the Russian Federation has no further territorial interest beyond the security of the Russian speaking populations of The Crimea, Donetsk and Lubansk.’ That would help too. I say this because, I know some people who think you want to overrun the whole of Europe, starting with Poland and the rest of the Baltic states. If you do, fuck you, and we might as well all stop playing the desperately dangerous game of nuclear chicken that the hawks on both sides of the Atlantic seem so comfortable with, and have at it.”

The musician went on: “The problem is, I have kids and grandkids, and so do most of my brothers and sisters all over the world and none of us would relish that outcome. So, please Mr Putin indulge me, and make us that assurance.”

Waters’ letter to Putin arrives on the heels of news that he’d no longer be performing the two concerts he had scheduled in Krakow, Poland, on his  “This Is Not a Drill Tour.” Though a representative for the venue said Waters’ management “decided to withdraw…without giving any reason” (via NBC News), it’s safe to assume the cancelations are due to the backlash Waters has received over questionable statements he’s made at Ukraine’s expense, especially considering Krakow officials might name Waters a persona non grata.

During an August interview with CNN, Waters labeled President Joe Biden a “war criminal” for providing funding and support to the people of Ukraine: “That is a huge crime,” he said. “Why won’t the United States of America encourage [Volodymyr] Zelensky to negotiate, obviating the need for this horrific, horrendous war?”

When CNN’s Michael Smerconish pointed out that Waters was “blaming the party who got invaded,” Waters went on: “This war is basically about the action and reaction of NATO pushing right up to the Russian border, which they promised they wouldn’t do when [Mikhail] Gorbachev negotiated the withdrawal of the USSR from the whole of Eastern Europe.”

Then, earlier this month, Waters doubled down by writing an open letter to the country’s first lady, Olena Zelenska, suggesting she try to convince her husband to compromise and come to a ceasefire with Russia: “Sadly, your old man agreed to those totalitarian, anti-democratic dismissals of the will of the Ukrainian people, and the forces of extreme nationalism that had lurked, malevolent, in the shadows, have, since then, ruled the Ukraine,” Waters wrote on Facebook. “They have, also since then, crossed any number of red lines that had been set out quite clearly over a number of years by your neighbors the Russian Federation and in consequence they, the extreme nationalists, have set your country on the path to this disastrous war.”

Read Waters’ letter to Putin in full below.

Meanwhile, Waters’ ex-bandmates David Gilmour and Nick Mason re-emerged back in April with a protest song benefitting Ukraine — their first new music as Pink Floyd in 28 years — further expanding the long-running rift between them and Waters. Waters’ “This Is Not a Drill Tour” runs through mid-October; so long as you’re not in Poland, tickets are available at Ticketmaster.