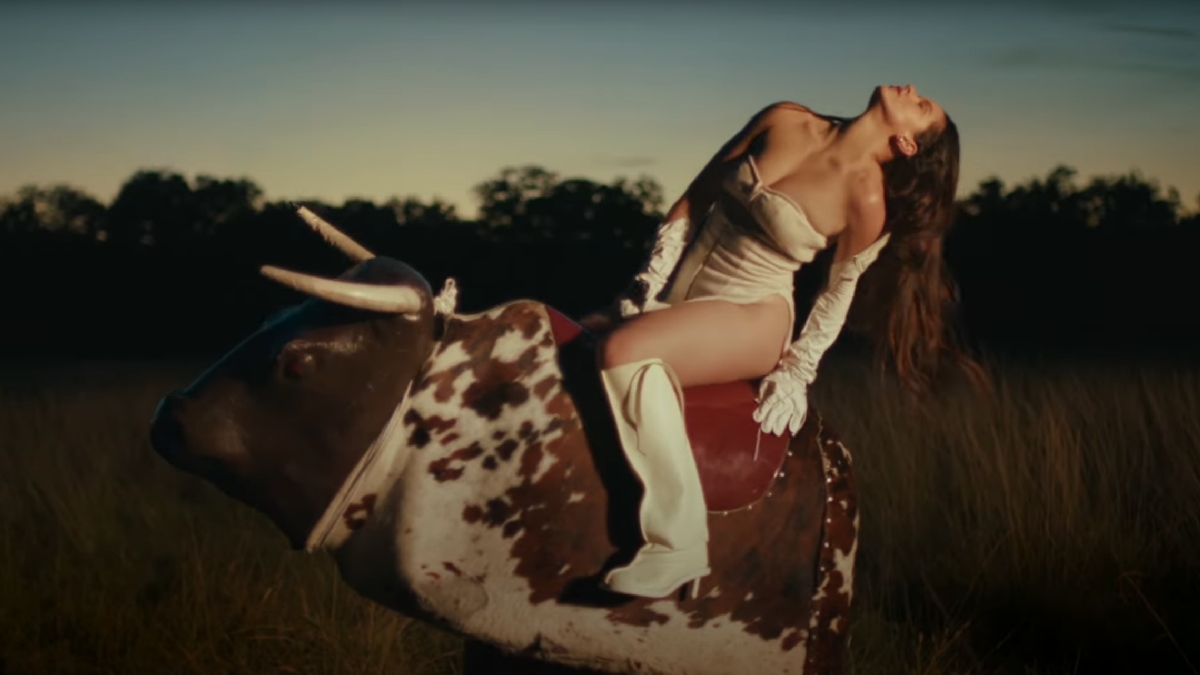 In English, this roughly translates to: “I want to ride you like my bike/ Make me a tape, Spike mode/ I shook it until it came/ Second is to fuck you, the first is God.” Watch the music video, in which Rosalía rides a mechanical bull, below.

MOTOMAMI is the follow-up to 2018’s acclaimed El Mal Querer. It features the previous singles  “La Fama” featuring The Weeknd, “Saoko,” and “Chicken Teriyaki.” Last Thursday, Rosalía made her late night television debut on The Tonight Show Starring Jimmy Fallon to discuss the album ahead of her appearance on Saturday Night Live.