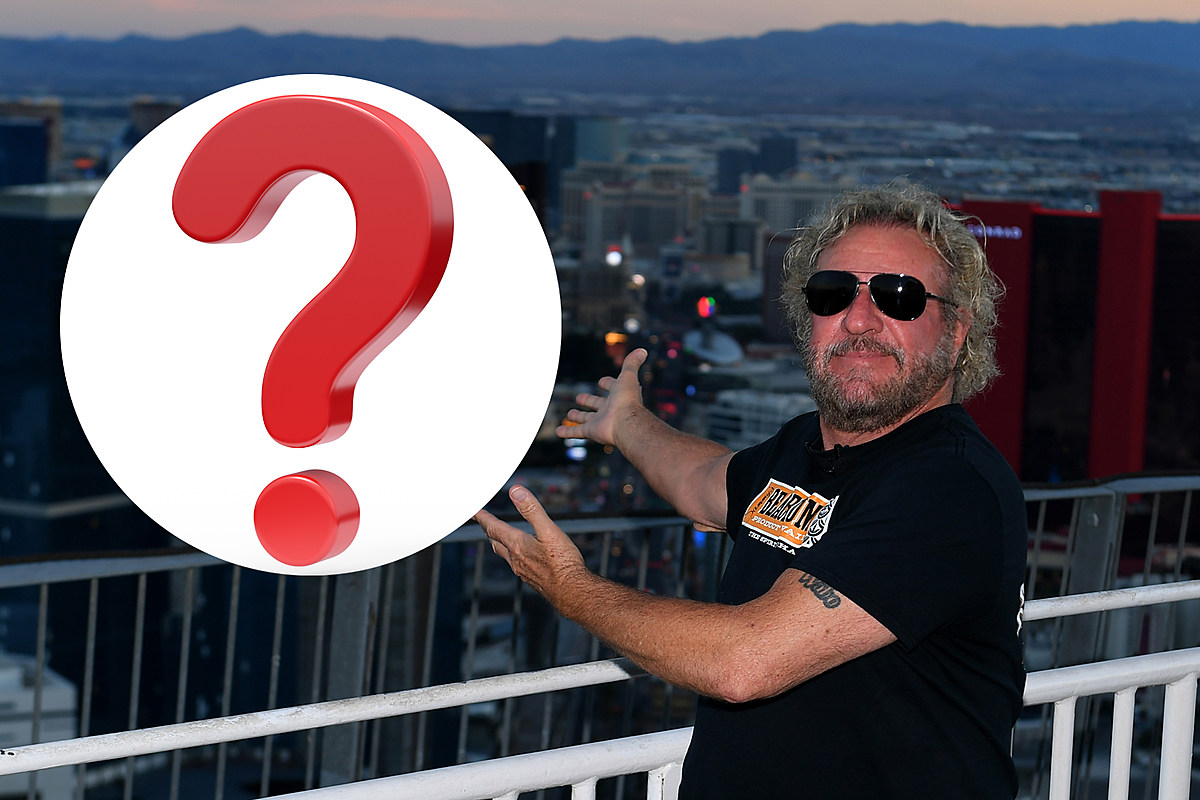 Sammy Hagar has enjoyed a successful career through several bands and his solo work, and while discussing his current Crazy Times album with The Circle, he compared it to some of the favorites throughout his career, in the process sharing what he felt was his best Van Halen album as well.

Speaking with Guitar World, Hagar started discussing Crazy Times place in his legacy commenting, “When I think about it, I get goosebumps. I know that it’s high up there, and I have this feeling that it’s gonna stand the test of time. Lyrically, I don’t see it having a problem holding up for a long time because there’s no trash on here.”

“The first Montrose record is a massive landmark in my life because it’s held this test of time. You know you’re in good shape when you kick off a career with a song like ‘Rock Candy.’ [Laughs],” continued Hagar, before turning his attention to the Van Halen era of his career.

Though The Circle is its own entity, Hagar reveals there’s one signature from Van Halen he wanted to incorporate with Crazy Times and that was making sure that Michael Anthony’s backing vocals were front and center.

“I want Mike to sound like he did on ‘Runnin’ With the Devil’ and ‘Top of the World,’” Hagar recalled. “And [producer] Dave [Cobb] said, ‘I don’t fucking know, man. We’re not getting it. Can you call up [Van Halen producer] Ted [Templeman]?’ So, I called up Ted, he gave me his formula, we went in, and boom, we had Mikey’s vocals. And with those vocals, we have an album rivaling Van Halen. I genuinely believe that.”

Meanwhile, in a separate interview speaking on Kyle Meredith With … (as viewed below), Hagar revealed the existence of an unreleased Van Halen ballad that he feels might be a gem of the band’s unreleased material. The song, titled “Between Us Two,” was initially recorded for the 1996 film Twister, which did eventually include the Van Halen song “Human Being” and the Eddie and Alex Van Halen instrumental “Respect the Wind.” According to Hagar, “Between Us Two” was eventually replaced on the soundtrack by “Respect the Wind.”

Hagar likened “Between Us Two” to The Circle’s “Be Still” off the Crazy Times album, stating, “It was more like a ‘Be Still’. It was kind of almost country — not country, but… I don’t know. It was kind of like [Van Halen’s] ‘Can’t Stop Lovin’ You’, [but] not as uptempo.”

The singer revealed that the song was completed, stating, “We’ve got it. It’s done. It’s in the archives. They’ll find it. They’re looking through the archives right now to try to remaster some of the old stuff from my era [with Van Halen]. And they’ll find it. That’s gonna be a treasure.”

How many iconic releases can you pack into six months?