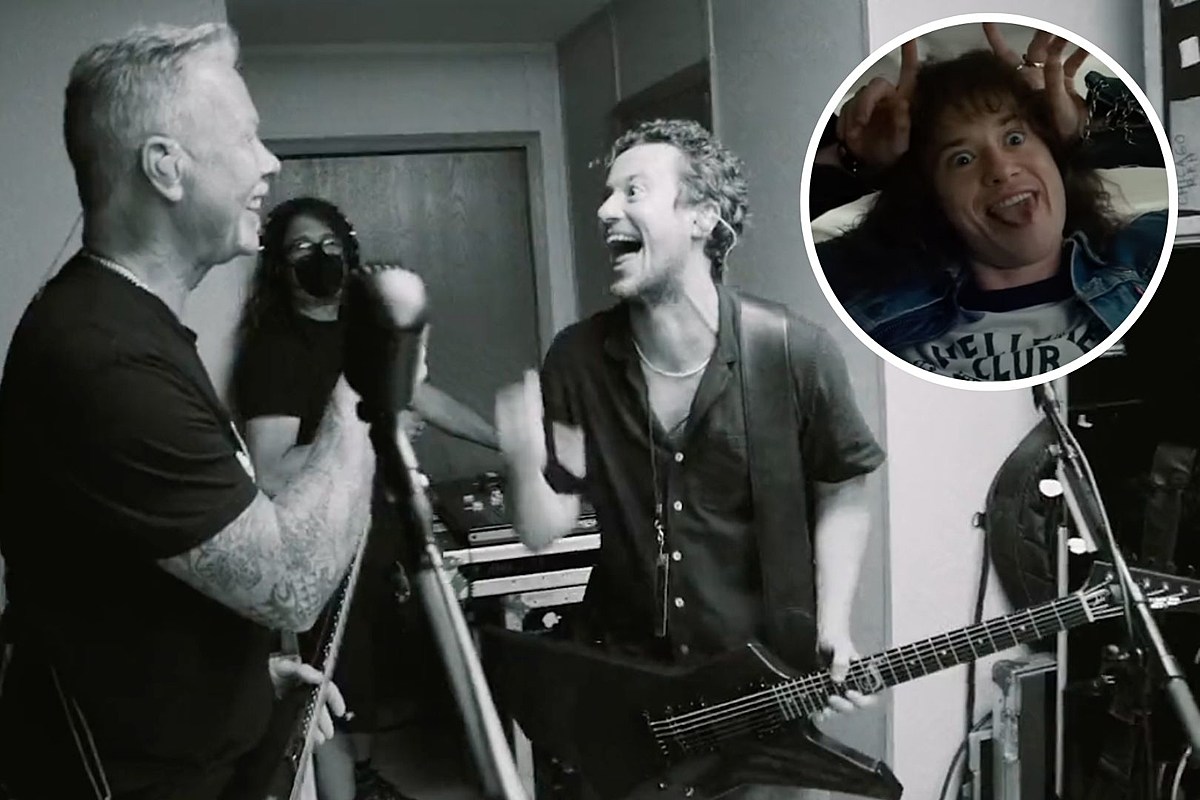 Lollapalooza was turned “Upside Down” on the festival’s opening night this past Thursday as headliner Metallica met Eddie Munson. Actor Joseph Quinn, who plays the mysterious metalhead introduced in Stranger Things Season 4, filmed a video in which he appears to catch the soundcheck and meets up with the band backstage, sharing that he feels “very connected to you guys.”

Of course, the popular Netflix series famously used one of Metallica’s biggest hits, “Master of Puppets” in the latest season finale, which premiered July 1, boosting the band’s profile even more in the past couple of months, especially with a younger generation. Many newbies were seen at Lollapalooza, a huge wave of hands flying into the air when frontman James Hetfield asked how many were seeing the band for he first time. Metallica then closed their set with the 1986 thrash metal classic, using some “Stranger Things” footage of Eddie Munson playing the track.

In his docu-video, Quinn asks the quartet if they’re a fan of the show. Hetfield replied, “I’m a big fan of it, have been since Season 1. My kids and I, it’s been a bonding experience for us.” The actor then thanked the band for letting the show use “Master of Puppets,” to which Hetfield responded, “Thanks for doing it justice by the way.”

Quinn got to live out every fan’s dream, getting the chance to jam with Metallica in the green room. The actor previously told Collider he practiced and played the song himself for the episode (and bassist Robert Trujillo’s son Tye also contributed parts). Quinn impressed Metallica so much with his playing in the video, drummer Lars Ulrich at one point turned to the camera and said, “We’d like to make an announcement. Metallica is now a five-piece, guys.”‘

Earlier this month, Metallica (wearing Hellfire Club shirts) also participated in a TikTok duet challenge playing alongside Eddie Munson’s rendition of “Master Of Puppets.” The video has since racked up 2.8 million likes, expanding the band’s reach into Gen Z some 40-plus years later.

An incredibly diverse collection of albums, ranked from worst to best!

Lance Bass Thinks Britney Spears Will Perform Again: ‘We All