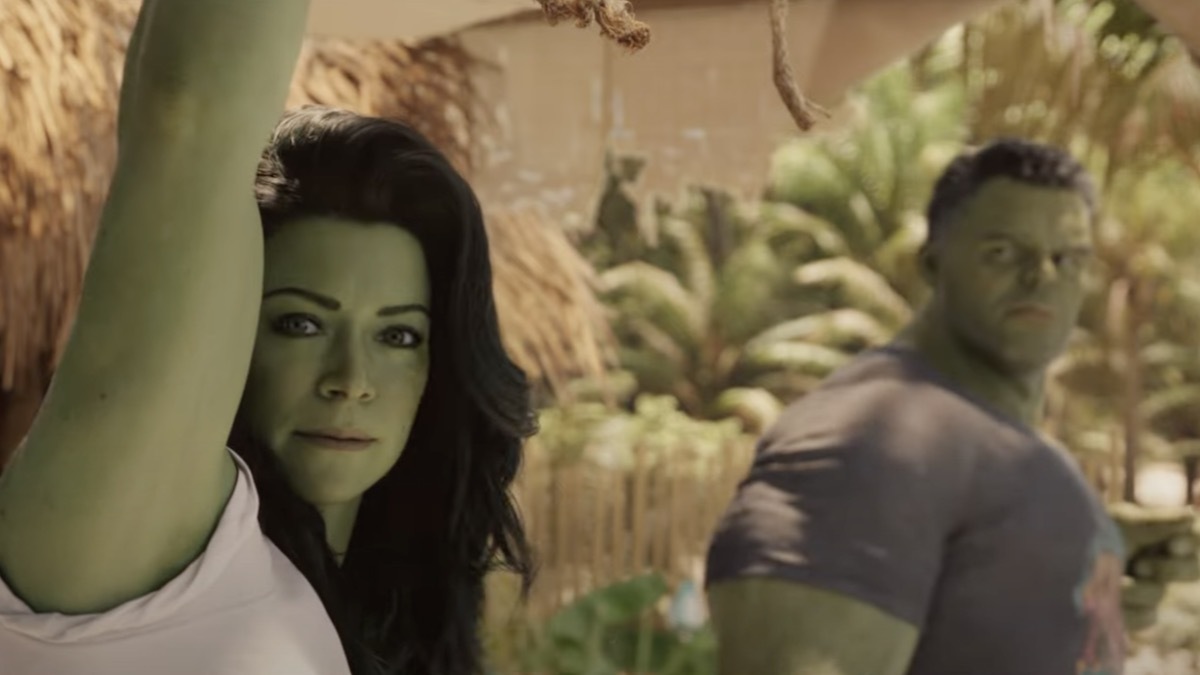 There has been no shortage of Disney+ Marvel content this year, and the expanding Marvel universe continues to explode exponentially. So, with the critically-acclaimed Ms. Marvel having come to a close, it’s time to make way for Marvel’s newest hero — who also happens to be a lawyer.

We already got our first look at She-Hulk: Attorney at Law earlier this year, which will introduce Avenger Bruce Banner (Mark Ruffalo)’s cousin, Jennifer Walters (Tatiana Maslany), who is both a young attorney and also, well, a Hulk. But Saturday, during Marvel’s presentation at San Diego Comic-Con, we got a full trailer, as well as the tease that Charlie Cox would be appearing in the show once again as lawyer Matt Murdock/blind superhero Daredevil. Plus, Doctor Strange‘s Benedict Wong will return as fan-favorite Wong.

She-Hulk: Attorney at Law reveals what happens after Jennifer receives a vital blood transfusion from her cousin and with it, his green rage monster tendencies. The series will feature Jennifer learning to use her new powers to her advantage, rather than her demise, while also navigating life as a single 30-year-old working in the legal world.

Joining Ruffalo and Maslany is Tim Roth as the Abomination (who originally made his debut in The Incredible Hulk, followed by a cameo in Shang-Chi and the Legend of the Ten Rings). The cast also includes Jameela Jamil as lead villain Titania,  Renee Elise Goldsberry, Josh Segarra, and Ginger Gonzaga.

While the majority of MCU Disney+ series have been structured as six episodes running 45 minutes to an hour, executive producer Kevin Feige has revealed that She-Hulk will actually be nine episodes of a shorter length, with the show itself being much less a superhero drama and more of a “half-hour legal comedy.”

Jessica Gao serves as head writer for the series, with Kat Coiro and Anu Valia set as the directors on the first season. She-Hulk: Attorney at Law premieres August 17th on Disney+ — watch the trailer below.