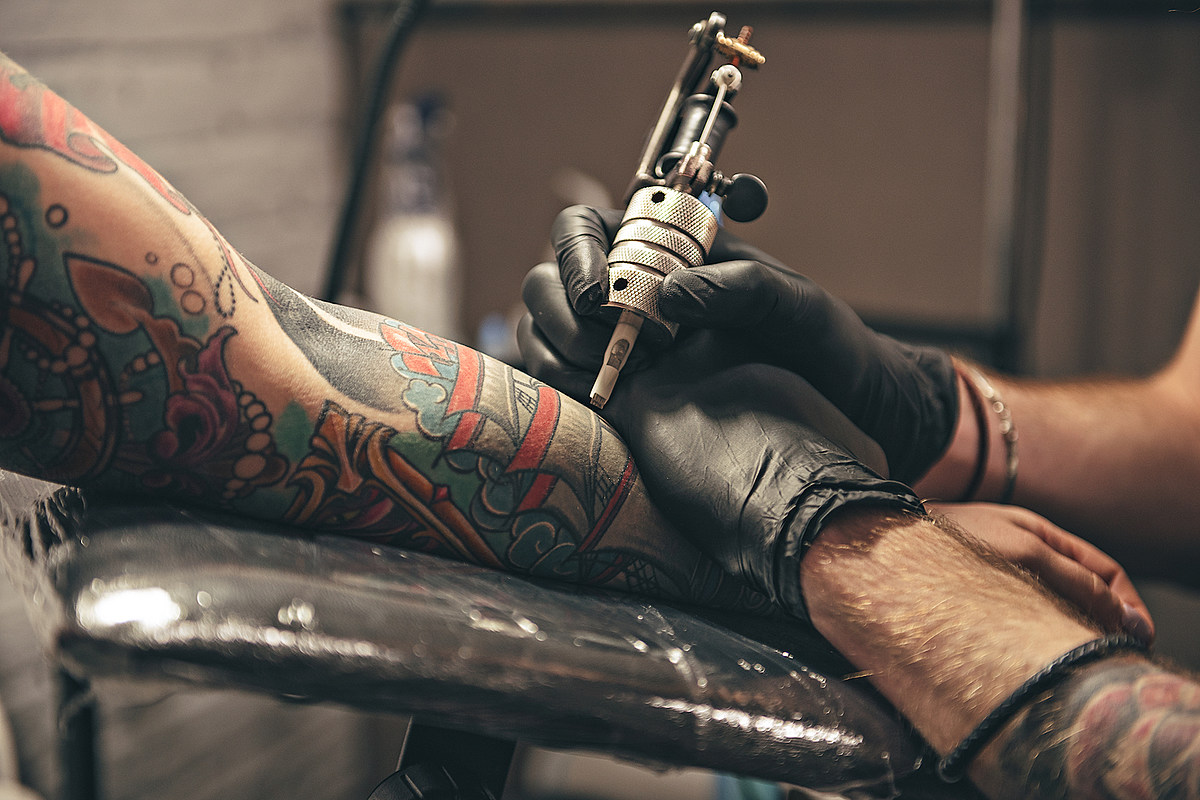 There are plenty of ways people can be memorialized after they die, and some want to be remembered for their tattoos. A tattoo preservation company called Save My Ink Forever actually allows people to memorialize their deceased loved one’s tattooed skin, and it’s becoming an increasingly popular custom.

When someone dies, if their loved ones wish to have their tattoo preserved, they must have the funeral home or crematory contact Save My Ink Forever, which is based in Ohio, within 72 hours to notify them of the request. A mortician then removes the tattooed skin from the corpse, sends it to Save My Ink Forever where it’s preserved, and then it’s framed like a piece of art and sent back to the family of the deceased within three months.

Vice uploaded a photo on their Instagram of one such “art piece” — the skin of a man who died in a boating accident in 2019. Because of the condition his body was found in, the morticians told his brother, Jonathan Gil, that he wasn’t in a proper state to be displayed at a wake. Gil was able to identify his late brother by his tattoos, and through this process he discovered Save My Ink Forever.

“Everything kind of came rushing back, but in a weird way it was comforting,” Gil said [via Vice]. “In a weird way, we had him back. We had a piece of him back that we remembered of him.”

See an image of the finished piece below.

According to Vice, Save My Ink Forever works with funeral homes in 21 U.S. states, and has started expanding its services to Canada and the U.K. However, the family has to authorize the process, abiding by their designated state’s funeral laws. Don Ferfolia, Save My Ink Forever’s legal counsel, assured that the waiver family members have to sign protects the company from being accused of violating any “abuse of corpse laws” that states may have.

Kyle Sherwood is Save My Ink Forever’s tattoo preservationist and COO. The process involves touching up and enhancing the tattoo, while making sure to chemically treat the skin to prevent it from decomposing.

“We do have standards,” he noted. “We run a super tight ship because of the skepticism of some people. We make sure that everything is handled in a dignified manner. We don’t want this to be some side-show freak act. We don’t want to give people more of an excuse to dislike what we’re doing.”

It’s no secret that rock and metal tend to go hand-in-hand with tattoos. But not all ink-obsessed rockers are content to stay on the receiving end of the needle; many become tattoo artists themselves. Here are just some of the rock and metal musicians who double as tattoo artists.

BookTrib Giveaway: Living a Healthy Lifestyle Isn’t as Hard as