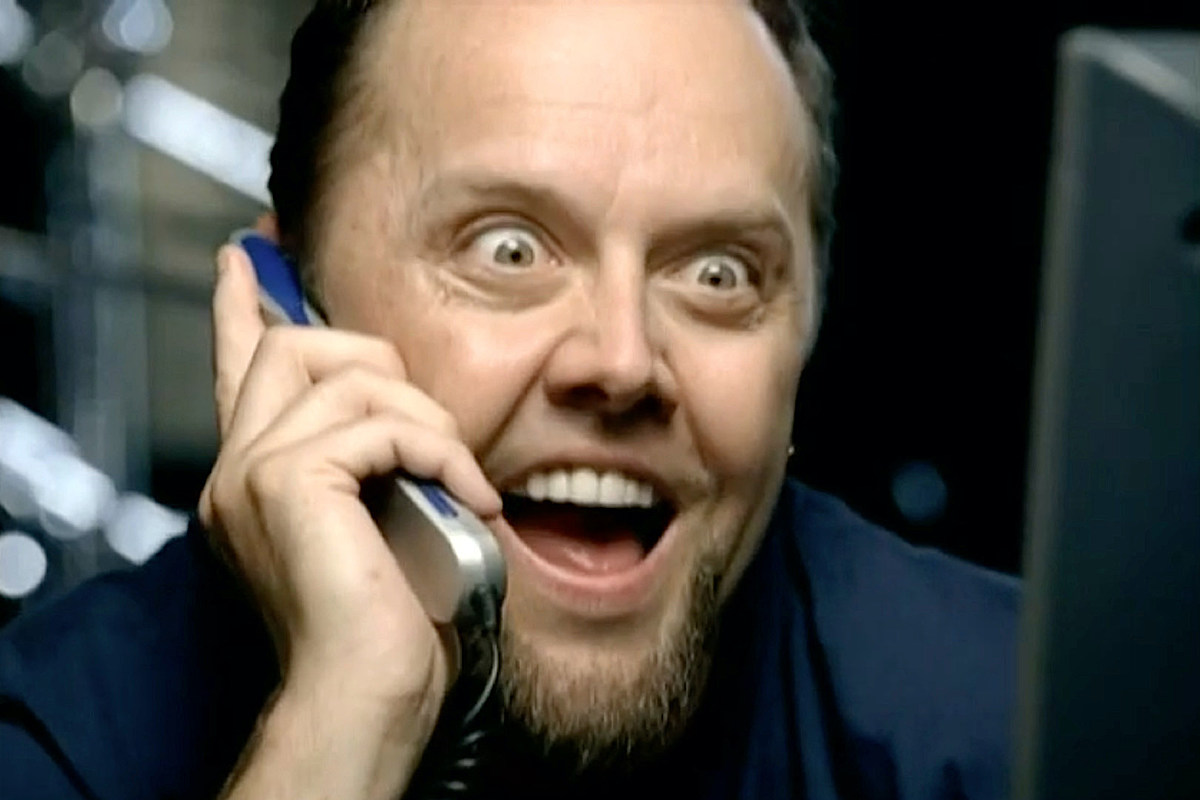 It was a different time in 2003 — especially for Metallica, who promoted that year’s St. Anger with a commercial for America Online, the then-ubiquitous online service provider.

In the ad for AOL 9.0 Optimized, Metallica’s Lars Ulrich and James Hetfield seemingly spoof their own lyrics.

It’s a strange commercial to revisit, not only in light of current internet capabilities. Why did Ulrich partner with AOL after his Napster battle over illegal downloading?

Watch the ad toward the bottom of this post.

In Metallica’s AOL commercial, the rock stars demonstrate AOL 9.0 Optimized’s “Talk” feature, which gave users voice-over-internet technology at a time when it was novel. Ulrich and Hetfield chat over Instant Messenger, what was AOL’s direct message app, before getting on the phone to iron out lyrics in St. Anger‘s title track. In particular, the now notorious “St. Anger” line, “I’m madly in anger with you.”

“I’m madly in love with you,” Hetfield types to Ulrich as a romantic melody plays in the background. “I’m madly in lust with you,” Ulrich writes back. “I’m madly in anger,” Hetfield responds before phoning to tell the drummer, “‘Anger’ works better rhythmically — check it out!” The Metallica singer-guitarist then performs that portion of the lively metal tune. Ulrich makes a funny face.

Metallica have come a long way since the ad. This year, a Metallica song included in Netflix’s Stranger Things 4 gave the band renewed visibility. The character Eddie Munson plays Metallica on guitar in a pivotal scene. Metallica subsequently welcomed new fans before some talked about “cancelling” the group.

Metallica recently wrapped up the majority of their 2022 tour dates. To end the year, they’ll play a tribute for Megaforce Records’ founders, plus the Helping Hands Concert. Get Metallica tickets here.

Metallica: A Photo Timeline of Their Remarkable Career