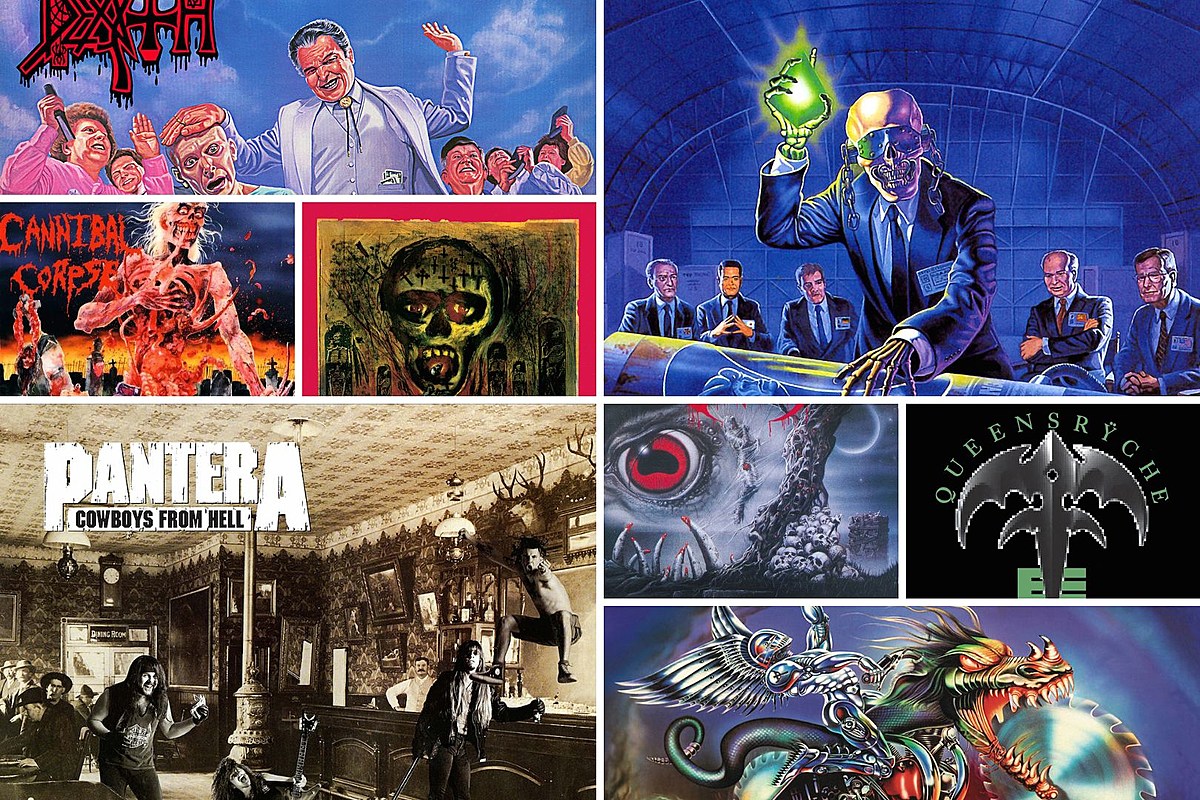 A new decade’s arrival brings uncertainties in nearly everything. For metal, it would signal the end of the mainstream’s embrace and, with it, a tumble mostly back into the underground where all of metal’s most sincere intentions started.

By 1990, extremity was being pursued at exhaustive lengths. Musicians challenged themselves to push physical endurance limits to test what sounds mutated out of those speed-picked and blast-fed mashings. With black metal’s second wave outburst mostly one year away, this list is almost entirely concerned with thrash and the budding death metal scene worldwide.

There’s a few carryovers from the ’80s though, but sadly, even a band as mighty as Iron Maiden, faltered and are left looking from the outside in on this list.

The Best Metal Album of Each Year Since 1970

ALL IN MY HEAD