The Ledger: Royalty Growth Requires Changing More Than How They’re 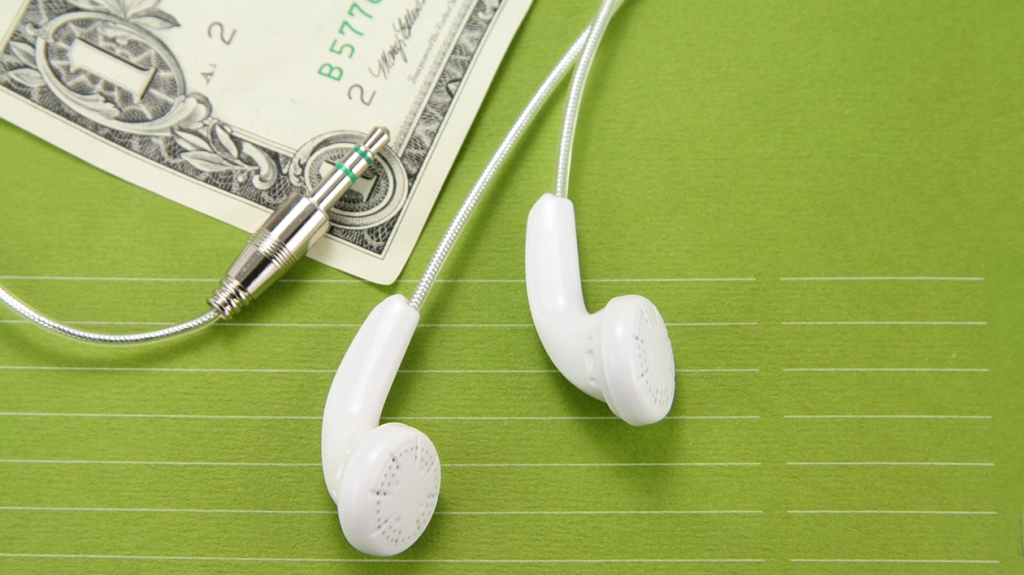 The Ledger is a weekly newsletter about the economics of the music business sent to Billboard Pro subscribers. An abbreviated version of the newsletter is published online.

If The Beatles wrote a song about music royalties, the band would sing about a “Long and Winding Road” to higher subscription fees and better pay for artists and labels.

The music subscription business model has become the record industry’s main breadwinner since launching in the early 2000s. But for two decades, many artists and rights holders have bristled at the royalty rates paid by streaming services. Some rates have improved: ad-supported royalties grew as online advertising matured. Royalties from subscription services have less wiggle room for change, however. The biggest innovation is a change in how to divvy a pile of money.

This week, Warner Music Group announced it became the first major music group to agree to user-based royalty calculations with SoundCloud. User-based – SoundCloud calls it “fan-powered” – means royalties are calculated from the fees and streams of an individual subscriber rather than an anonymous pool of users and listening. If you pay $10 a month and rights holders get $7 in royalties, that fee is split between the rights holders of tracks that user actually streamed that month. The traditional way of calculating royalties is to divide a pool of subscription fees amongst all tracks streamed in a particular month. A user-centric system is arguably fairer because artists’ biggest fans become their most significant financial supporters (as explained by a MIDiA Research paper). A user-centric system can also prevent royalties from fraudulent streams ending up in the wrong hands. And, according to some estimates, user-centric accounting will result in better royalties for independent artists who are otherwise drowned out by superstars.

It’s a small victory: SoundCloud wasn’t among the 8 largest subscription services in the world in Q2 2021, according to MIDiA Research, putting it far behind Spotify, Apple Music, YouTube Music and Amazon Music. In fact, SoundCloud wasn’t even named in the breakdown. After Deezer and Yandex, each at 2%, SoundCloud falls into the “other” group with an aggregate 10% market share.

WMG’s move is evidence that royalties are neither stagnant nor easily influenced. SoundCloud’s business is primarily advertising based, which is already a user-based approach to paying royalties (a person listens, that listen generates a royalty, pretty simple). Most artists won’t benefit from a shift to user-centric royalties until Spotify (31% of global market share), Apple Music (15%) and Amazon Music (13%) adopt the accounting system. Not that a user-centric scheme will be a financial windfall: a 2021 study by Deloitte in France estimated artists outside of the top 10,000 — so most of them — will see their payouts increase an average of 5.2%, and less for more popular artists. A 2014 Norwegian paper found a user-centric approach would raise the royalties of Norwegian artists by an average of 13%. Royalties are a zero-sum game: if some artists make more, some are going to make less.

Changing how royalties are calculated can only help so much, though. A subscription business can pay only so much to rights owners and creators before an already difficult business model becomes outright untenable. The typical company already pays out roughly 70% of its revenues. A 15% across-the-board raise would provide a nice financial lift to many artists while reducing streaming companies’ gross margin from 30% to less than 20%. Artists shouldn’t be interested in Pyrrhic victories.

Then there’s the way labels account for royalties for artists. Here there have been modest, uneven gains. Labels’ royalty rates have changed little over the years, but their accounting has become more artist-friendly (see Warner Music Group and Sony Music’s decisions to pay royalties to some unrecouped artists). Artists who want the best payouts release music independently, giving them the label’s share of royalties, or negotiate better pay by entering joint ventures or profit-sharing deals with labels. There are no guarantees, however: an artist might be better off taking a smaller share of royalties but working with a label that will help provide more streams.

There is some downward pressure on royalty rates, too. Exhibit A is Spotify’s Discovery Mode, a promotional feature that allows an artist to trade a lower royalty rate for a bump in streaming activity. On paper, earning a smaller royalty makes sense if Spotify puts its thumb on the scale and provides more streams. A possible downside, however, is what some U.S. lawmakers called “a race to the bottom” where artists and labels feel pressure to accept a lower rate “to break through an extremely crowded and competitive music environment.”

So where else can artists and labels look for royalty growth? Getting more money from each subscriber and getting more subscribers.

Raising subscription fees has the same benefit to artists as increasing royalty rates. There appears to be a lot of slack in the market: the standard price has remained at $9.99 per individual subscription for more than a decade. Spotify, which has raised some prices on multi-person plans in recent years, acknowledges it has additional room to raise prices — “it’s absolutely part of the strategy,” CEO Daniel Ek said during the company’s June 8 investor presentation. Apple Music recently raised prices on its student plans in the US, Canada and the UK from $4.99 to $5.99 (or £4.99 to £5.99 in the UK). And Goldman Sachs recently upped its estimate for subscription ARPU in 2030 from $42.80 to $45.80.

But price increases could be few and far between. Although Spotify believes it has pricing power, it currently lacks a willingness to pass along rate increases. Instead, Ek cited the current “uncertain” economic environment as justification for looking elsewhere for revenue growth. And odds appear slim that subscription services would offer a higher-priced option for high-definition audio. Instead of charging, say, $15 a month to a subset of subscribers willing to pay more for better audio quality, Apple and Amazon have opted to make better audio part of standard subscription plans.

That leaves subscriber acquisition as a path to greater revenues (although not necessarily higher royalty rates). Even the most lucrative markets have room for growth. “Even in our most developed markets we have tremendous amounts of user growth left,” Ek said during the investor presentation. And newer markets offer tremendous opportunity — at a cost. Some subscription growth is coming from markets (such as India and China) that have lower average revenue per user than the mature markets (mainly Europe and North America). For some of those new markets, the potential lies in the size of the market more than the size of the fees that consumers are willing or able to pay. In a sense, subscription royalties are like found money: legal services are flourishing where CD and digital piracy have gutted markets’ revenues. In a purely rational sense, something is better than nothing and subscription services in once-barren markets is a win for labels and artists. But in the real world, some could be underwhelmed by global growth because of some markets’ relatively low ARPU. In India, home to nearly 1.4 billion people, Spotify charges the equivalent of $1.49 per month for an individual subscription – just 15% of the U.S. price.

The future of music is about finding growth in new places, not necessarily getting more from each consumer. Emerging platforms like Facebook, TikTok, Twitch and Peloton have the potential to generate many billions of dollars annually for artists and rights owners. At Warner Music Group, emerging platforms generated revenue at an annual run rate of $345 million, as of the first quarter of 2022 (covering both recorded music and publishing), up from $325 million the previous quarter. That kind of growth could far surpass any improvements from changing how streaming royalties are paid or passing along modest price increases.

Through July 22, the % change over the last week, and the year-to-date change.

I Hated Shopping for Beauty Online Until I Learned These

It’s Magic: How Tree Houses and School Buses Have Sparked