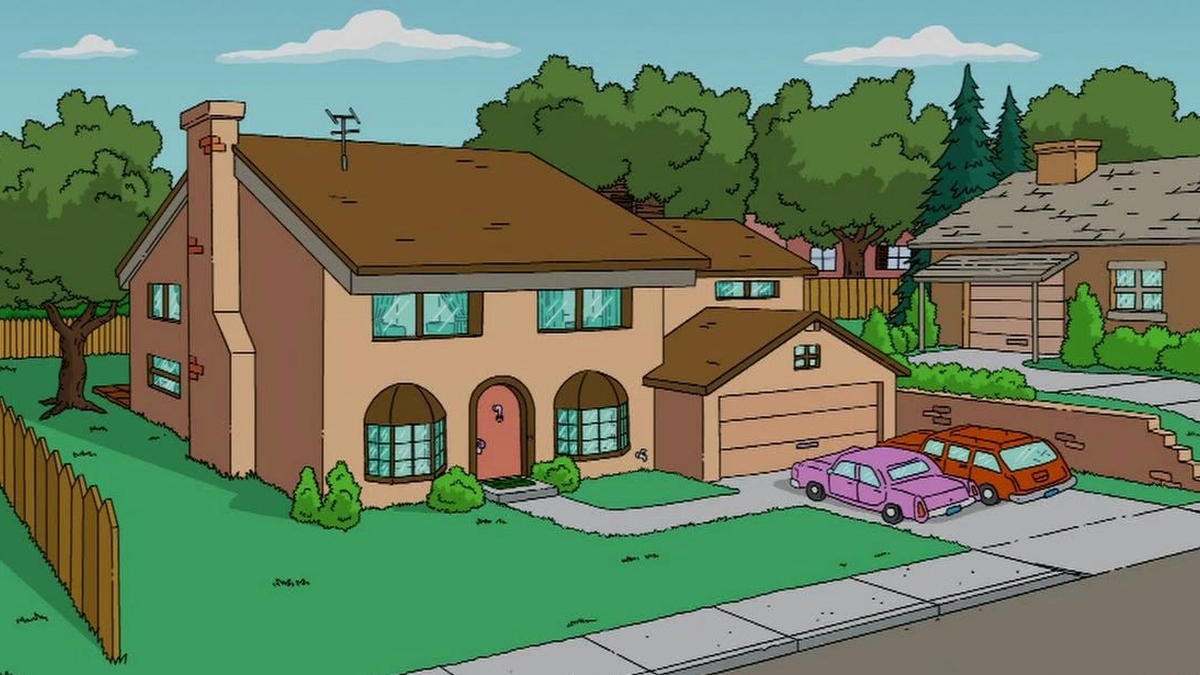 Driving the point home that the middle class lifestyle depicted on The Simpsons is no longer attainable, a real estate company has shared a tongue-in-cheek listing of their house at 742 Evergreen Terrace. Taking a look at indicators like floor plan, nearby attractions, and location, Garretts Real Estate Group evaluated how much it would be worth in today’s market.

Based on their calculations, the four-bed, two-and-a-half-bath home clocks in at 2,200 square feet. Combined with the other factors, the pre-1989 house was thus appraised at $449,900.

“Beautiful two-story home with basement. Through the arched, front door you are welcomed into the foyer,” they wrote in description. “To the left is a cozy sitting room with a bay window, and to the right, is the dining room that also features a nice bay window. Towards the back of the home, is the living room and kitchen.”

The listing continues by describing the upstairs and backyard: “The second story features four bedrooms! A master bedroom that offers a nice ensuite bathroom. There is also an additional bathroom upstairs. The backyard is surrounded by a wooden picket fence and a low box hedge. Also a patio and a custom treehouse!”

Also highlighted are the Springfield Wax Museum and the Springfield Knowledgeum. Similar homes in the real Springfield, Oregon — which served as one of Simpsons creator Matt Groening’s inspirations — were used as a comparison.

Of course, this number would be far out of reach for a single-income family of five subsisting on Homer’s modest salary as a nuclear plant safety inspector. In early March, NPR aired a Planet Money story in which they estimated that Homer earned roughly $25,000 per year based on a shot of his paycheck in a 1996 episode. If his salary stayed in the same place relative to median household income, the father of three would be earning roughly $50,000 today.

“The idea that you could have one breadwinner in a family of five who had a high-school education, working a union job at a power plant and buying a nice house in the suburbs and supporting a spouse and these three other kids… At this point, [it’s] not normal but aspirational,” the story concluded.