The Specials Singer Terry Hall Has Died at 63, Musicians 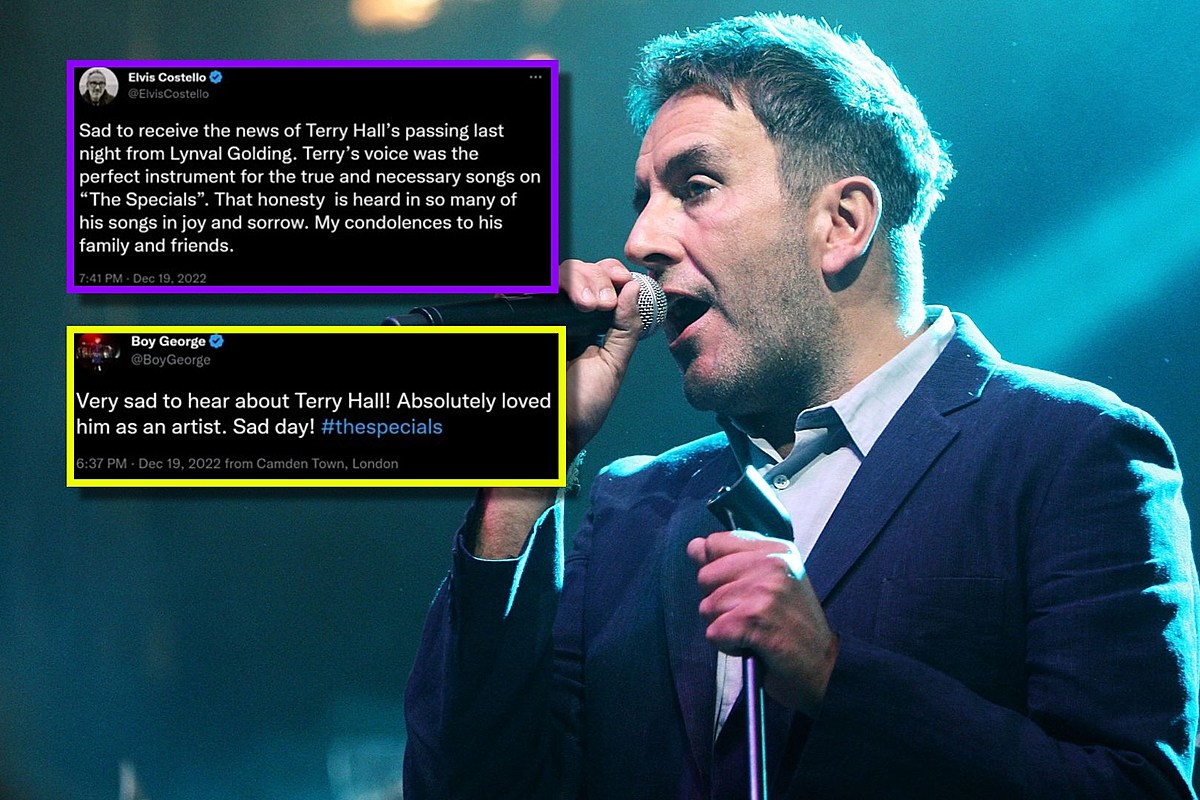 It is with great sadness that we announce the passing, following a brief illness, of Terry, our beautiful friend, brother and one of the most brilliant singers, songwriters and lyricists this country has ever produced. Terry was a wonderful husband and father and one of the kindest, funniest, and most genuine of souls. His music and his performances encapsulated the very essence of life… the joy, the pain, the humour, the fight for justice, but mostly the love.

He will be deeply missed by all who knew and loved him and leaves behind the gift of his remarkable music and profound humanity. Terry often left the stage at the end of The Specials’ life-affirming shows with three words…“Love Love Love.” We would ask that everyone respect the family’s privacy at this very sad time.

Born in England in 1959, Hall got his start singing for a local band called Squad. By 1977, though, he replaced Tim Strickland as the Specials’ vocalist. Between then and 1981, the band (who’re credited with helping spearhead the Two-tone movement) released two studio LPs: 1979’s The Specials and 1980’s More Specials. They also landed two No. 1 tracks on the U.K. Singles Chart: “Too Much Too Young” and “Ghost Town.”

Sadly, they disbanded shortly after the latter track became a hit; however, various incarnations – such as The Special A.K.A. and The Specials Mk.2. – formed over the subsequent decades. While Hall wasn’t involved in any of them, he did reunite with original guitarist Lynval Golding for a series of shows in 2007. The following year, the Specials reformed with bassist Horace Panter and various touring musicians. They continued to perform through 2022.

Outside of the Specials, Hall was a part of numerous other successful bands, including new wave/pop act Fun Boy Three (which also featured Golding and former Specials vocalist/percussionist Neville Staple). He started the Colourfield with ex-Swinging Cats members Karl Shale and Toby Lyons, too, as well as electronic rock duo Vegas (alongside Eurythmics’ Dave Stewart).

Of course, he also put out two solo LPs – 1994’s Home and 1997’s Laugh – and later collaborated with a wide array of artists (such as D12, Gorillaz, Damon Albarn and Dub Pistols).

Naturally, Hall was a highly influential and beloved talent, which is why it’s not surprising that there’ve already been plenty of endearing memories and reactions shared by other musicians across social media.

For instance, Elvis Costello tweeted: “Terry’s voice was the perfect instrument for the true and necessary songs on “The Specials.” That honesty is heard in so many of his songs in joy and sorrow. My condolences to his family and friends.”
Likewise, veteran English punk rock group GBH wrote on Facebook: “RIP Terry Hall. Very sad to hear this news tonight. You made the world a better place with your lyrics and tunes. Rest easy.”

You can see more musicians’ reactions to Terry Hall’s passing below, as well as watch footage of Hall’s final performance with the Specials (at Beautiful Days Festival in Ottery St. Mary in Devon, England on Aug. 20).

Musicians React to the Death of The Specials’ Terry Hall