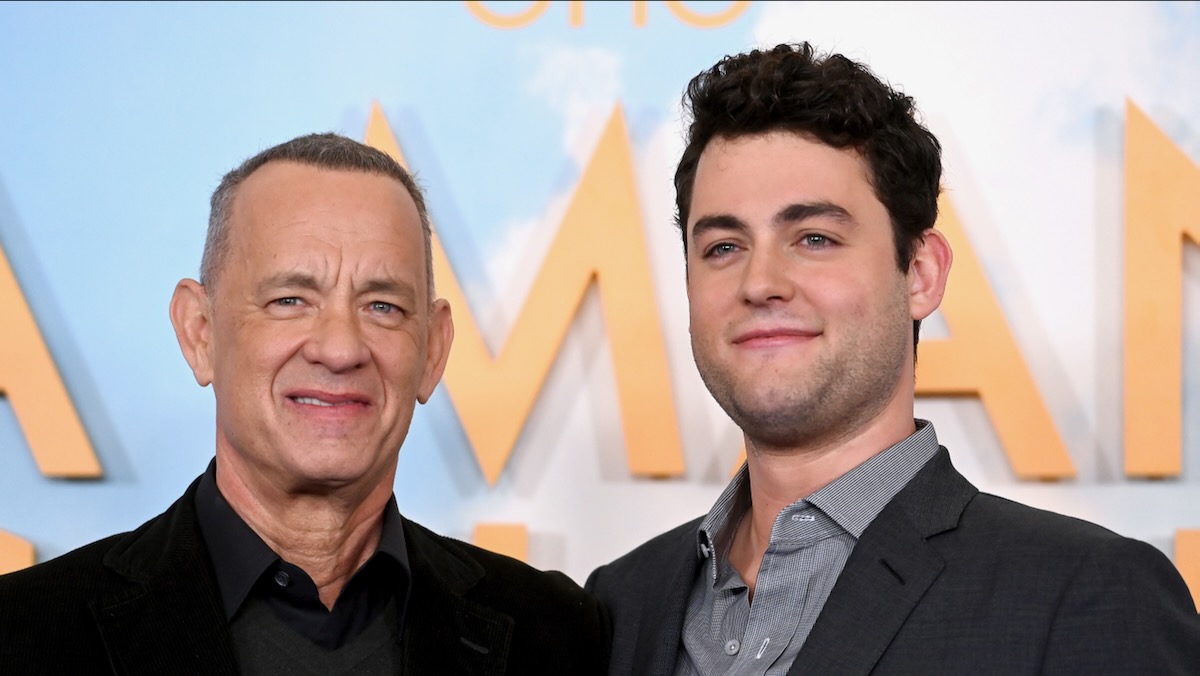 We hate to break it to you, but chances are, at least one of your favorite actors is almost certainly a “nepo baby.” Famous children of famous parents have been a hot-button topic online recently, but Tom Hanks has a different term for it: “Family business.” The latest business venture? Hanks and his son Truman both appear in the upcoming comedy A Man Called Otto.

Hanks seems to think the web of nepotism is inevitable: “Look, this is a family business,” Hanks told The Sun. “This is what we’ve been doing forever. It’s what all of our kids grew up in. If we were a plumbing supply business or if we ran the florist shop down the street, the whole family would be putting in time at some point, even if it was just inventory at the end of the year.”

Hanks has four children, all of whom have participated in the entertainment biz at some point: Truman has worked in the photography department on big-budget blockbusters like Black Widow and Steven Spielberg’s West Side Story. Daughter Elizabeth made cameos in her father’s films That Thing You Do! and Forrest Gump as a little kid. Colin has a lengthy resume that includes the recent true crime series A Friend of the Family. And then proud white boy Chet is, well, Chet.

Hanks’ plumbing and florist metaphors call to mind another recent quote from certified nepo baby Lily-Rose Depp: “If somebody’s mom or dad is a doctor, and then the kid becomes a doctor, you’re not going to be like, ‘Well, you’re only a doctor because your parent is a doctor,’” the daughter of Johnny Depp told Elle. “Nothing is going to get you the part except for being right for the part.”

Blood is thicker than water, we suppose. Watch Tom Hanks’ air out his grievances with nepotism below; the quotes above begin around the 2:10 mark.