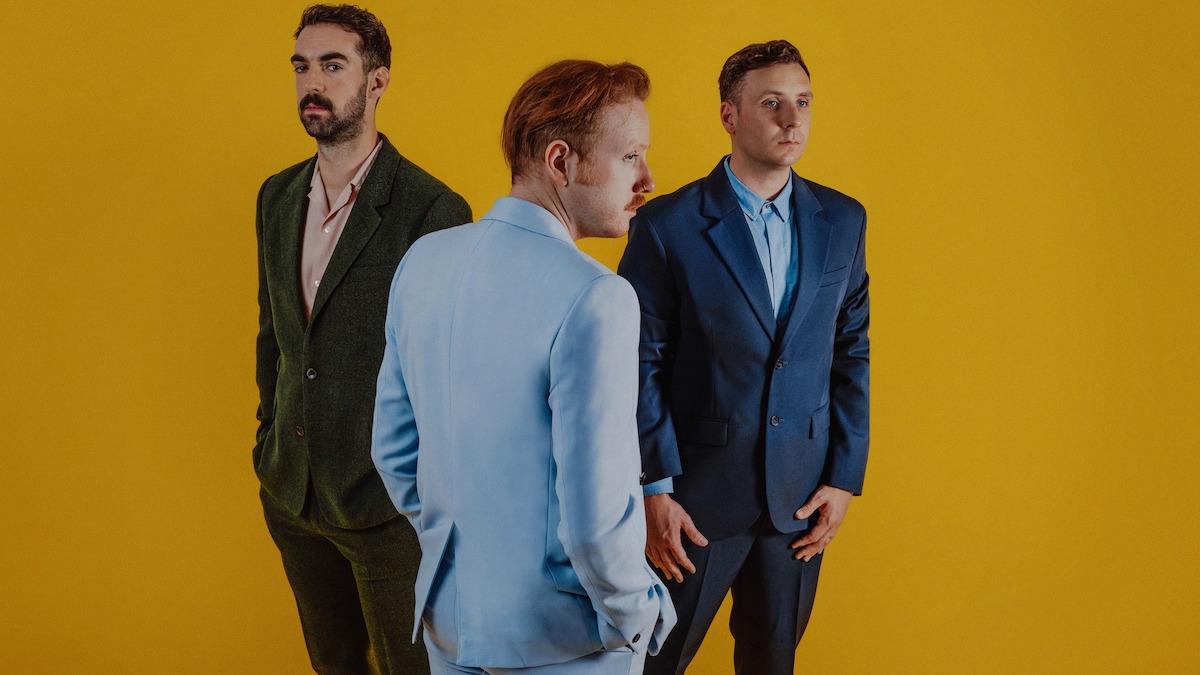 When Two Door Cinema Club returned back in 2019 with False Alarm, there was a delightful tone of being “seriously unserious.” But now, that lighthearted message means something a bit different; after two years of a pandemic and a lengthy period of being stuck at home, playful and positive art helped lessen the weight of our global situation, and as most of us exit lockdown, there’s a definable sense of tension around re-entering the world and starting over.

For Two Door Cinema Club, they just want you to keep calm and smile on. Today (June 16th), they’ve announced their forthcoming fifth studio album, set for release on September 2nd of this year. Keep On Smiling as a title implies a couple different things: for one, it’s a steadfast image of positivity and optimism, a plea to keep spirits bright in the face of anguish. But it also suggests that that anguish is nearly impossible to avoid, that the heaviness of our current reality is too hard to ignore, and to keep on smiling is an ironic way of acknowledging everyone’s pessimism.

The dichotomy of this idea — optimism versus pessimism, acknowledging change versus ignoring it — is at the core of Keep On Smiling. And in true Two Door Cinema Club fashion, the band has channeled these ideas through a bright, neon-colored glow, full of glitzy synths, classic melodies, and some nods to their raucous and bustling debut, Tourist History.