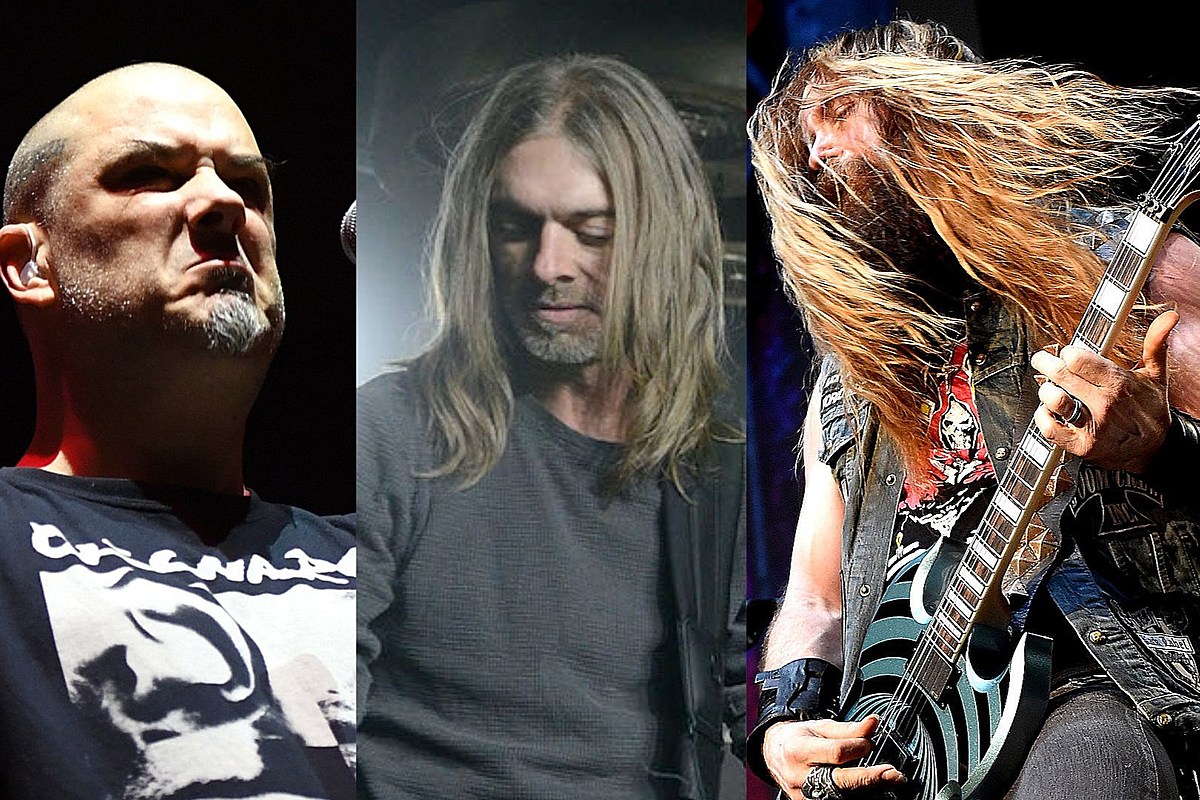 Fans hungry for the upcoming Pantera “reunion” tour next year with Zakk Wylde on guitar should check out this video from one of their first times playing together — Aug. 8, 2000, at Ozzfest. Wylde, Ozzy Osbourne axeman and Black Label Society leader, jammed with them in Cincinnati on the groove metal hammer of “Primal Concrete Sledge.”

Black Label Society was one of the opening acts on the main stage that year on Ozzfest with Pantera the penultimate act before Ozzy. Pantera was still a full group at the time with Dimebag Darrell onstage. This very friendly, although short, forces-joining between Pantera and Zakk, 23 years prior to an official engagement, is captured in a great video from the show. It’s got a few bad-ass bells and whistles to it, too.

At 2:53 in the video, Wylde appears on stage for a mutual back pat with vocalist Phil Anselmo. But he’s not alone! He’s holding a chain with what appears to be a pretty stout Rottweiler on the other end (pic below). Anselmo holds onto the dog as Dimebag walks over and puts his guitar around Wylde.

Zakk and Phil Greet Each Other Onstage at Ozzfest 2000

Wylde does some quick but impressive shredding while he’s generously fed half a cup of beer by Dimebag. (Thanks bro!) Wylde finishes up by swinging the guitar around, manipulating the sustain, as the video pans to a blonde woman flashing her top to the camera. There are actually quite a few of these NSFW moments during the song.

It was a phenomenal performance from Pantera before Zakk got out there. That Zakk will be joining them during the reunion tour in ’23, plus the dog, and all the other chocolate eggs here make this a must watch video right now. Then check out a bonus video with Anselmo and Pantera bassist Rex Brown playing with Black Label Society in 2014 in the motherland, Grand Prairie, TX.  Enjoy!

Zakk Wylde + His Dog Join Pantera Jam at Ozzfest 2000 for