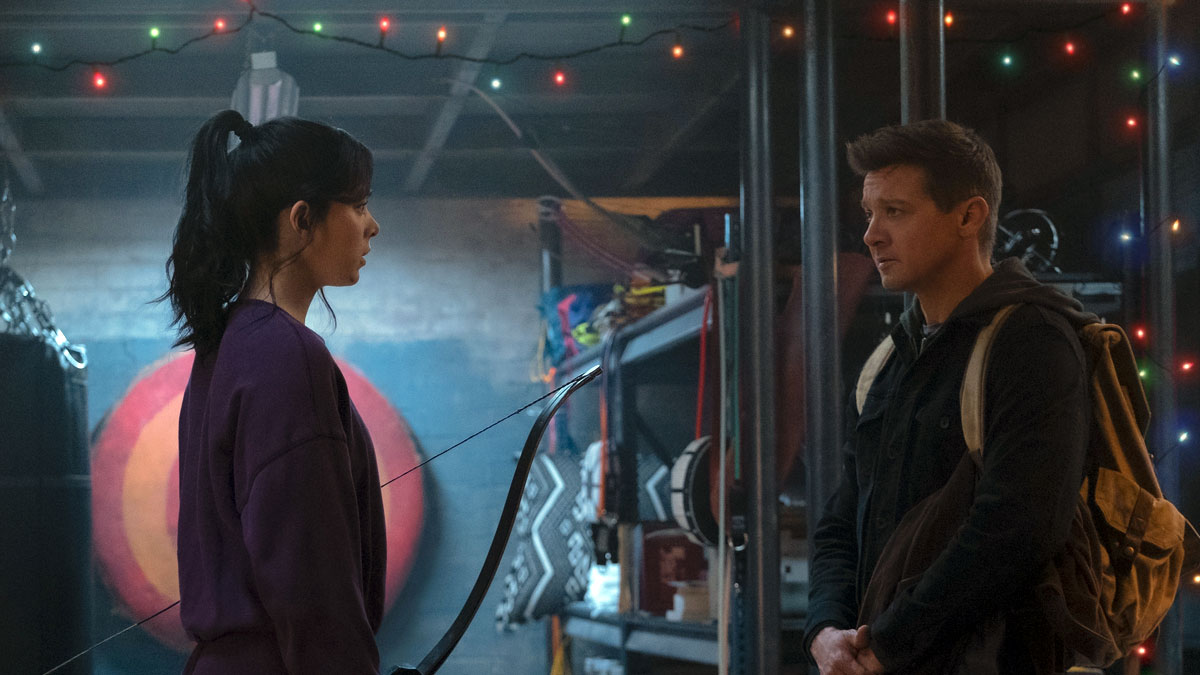 The upcoming Disney+ series Hawkeye is set apart from other MCU adventures by a number of factors, but here’s a big one: It’s officially a holiday story. The series begins in the days before Christmas, with O.G. Avenger Clint Barton (Jeremy Renner) trying to spend some time with his family — until, of course, things go sideways.

This marks the first major MCU project to be set at Christmas since Iron Man 3, and as part of an extended interview with Consequence, head writer Jonathan Igla (Mad Men) explained that the series being set at Christmas was something that came out of early conversations in the writers’ room, as they established a structure for the season where each episode represents one day in the week leading up to Christmas.

As Igla says, “I love the compressed time frame and the seemingly simple goal [of getting home for Christmas] where at points it just gets more and more complicated — a mess that he’s trying to clean up that gets messier and messier, through little fault of his own.”

While the timing of Hawkeye‘s Disney+ release this week works out perfectly with this setting, Igla said that it wasn’t necessarily intentional. “Once I think Kevin and Marvel got excited about the Christmas of it, I figured that would be the case,” he says. “But we did a Thanksgiving Mad Men almost every season, if not possibly every season, and we did Christmas a bunch of times, and they never aired it anywhere near the holidays.”