Why the 2021 Rock and Roll Hall of Fame Induction 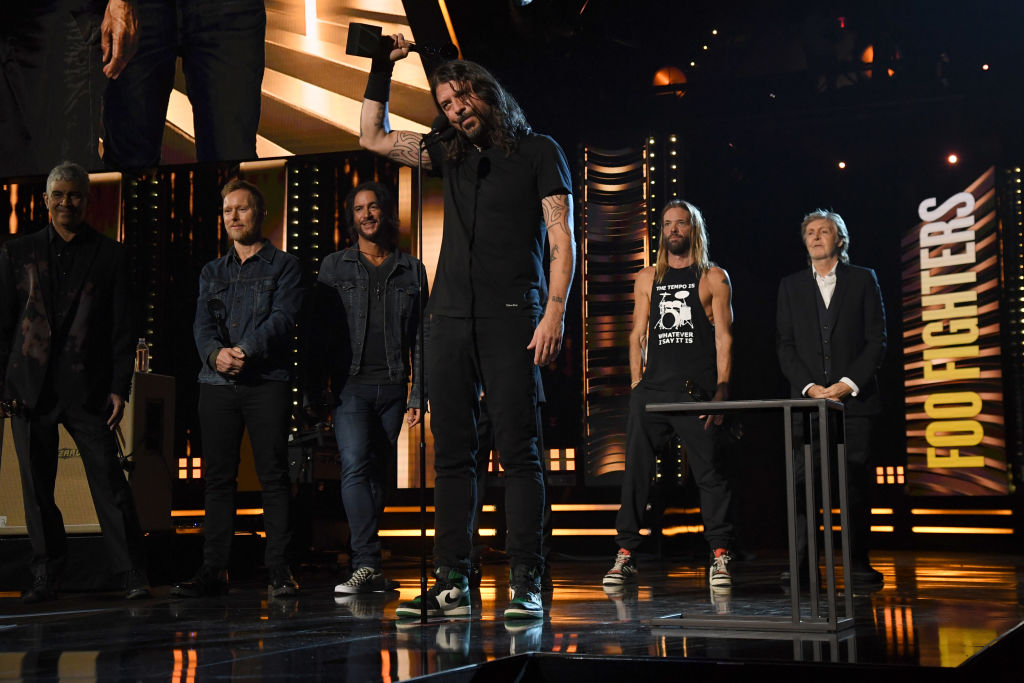 After skipping a year due to the pandemic, the Rock and Roll Hall of Fame inducted its 2021 class with a wild, surprise-guest-filled party held in the town many argue is the ceremony’s only rightful home: Cleveland, Ohio. What a homecoming.

Paul McCartney became a seventh Foo Fighter. LL Cool J, Eminem, and Jennifer Lopez blew up the stage like Avengers. Both Carli(s)les — Brandi and Belinda — were in the house. Drew Barrymore did Ponds performance art. The Go-Go’s swore to get more female bands into the male-dominated institution. And Survivor host Jeff Probst was there — the sole person recording Gary Clark Jr.’s Charley Patton tribute.

Taylor Swift opened the show with a souped-up, syncopated version of “Will You Love Me Tomorrow,” sashaying across the Rocket Mortage FieldHouse in a bodysuit reminiscent of her costume in Cats. This felt apt since, in her speech inducting Carole King, Swift did not miss the opportunity to point out Tapestry as a trailblazing moment for felines on iconic album covers.

Carole King was brought to tears by Swift’s words. But the 81-year-old star returned the favor in spades when she brought the arena to multiple emotional peaks not 20 minutes into a five-hour show. That’s a legend. King performed a delicate “You’ve Got A Friend” on piano, with three of the session players that were with her to record the album it was on 51 years ago. Danny Kortchmar was even playing the same guitar. 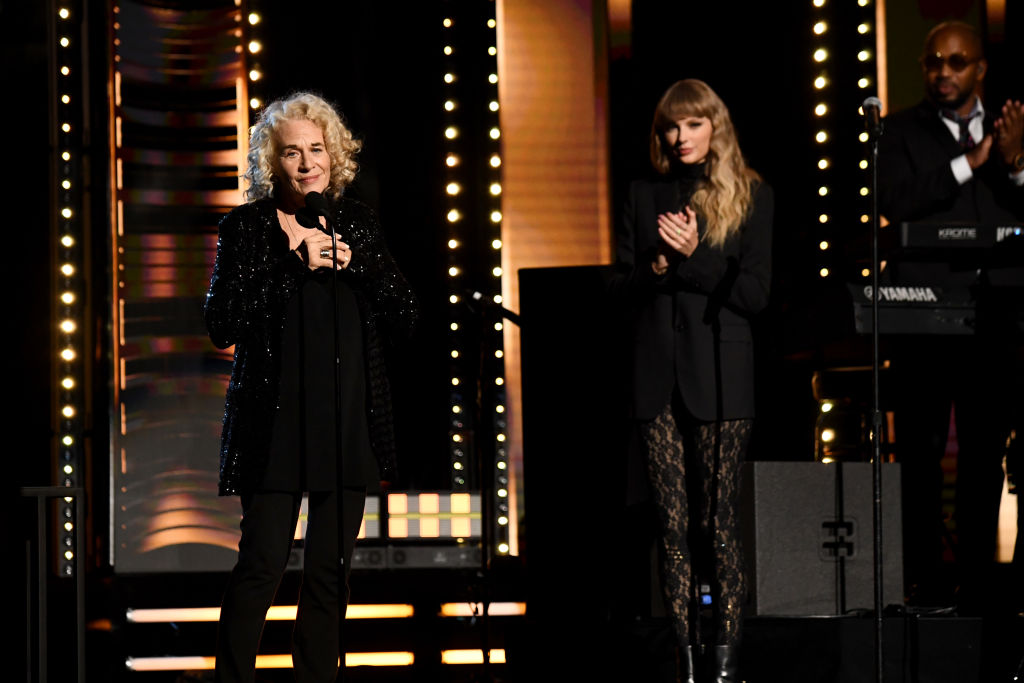 During her poignant speech, King thanked Swift, calling her a musical granddaughter, and graciously used the rest of her time to invoke the first woman ever inducted, Aretha Franklin. “We can feel you, baby,” King said lovingly. Jennifer Hudson came out for a predictably heart-melting “Natural Woman,” the song King wrote for Franklin. Hudson, an heir to that musical path-crossing, said it best: “Aretha Franklin told me that I should always use my voice. Carole King told me to use my words.”

This year is technically King’s second entry into the Rock Hall. In 1990, she was inducted as a songwriter with her late former husband Gerry Goffin. This time, King’s induction celebrated her career as a solo performer, which includes the music she made after the life-shattering divorce that inspired her to move to Los Angeles and the start of her solo career.

This made King a spiritual proxy for her fellow, criminally-overdue inductee Tina Turner, who was absent from the event. Like King, Turner was inducted into the Rock Hall in 1991, but only as part of the songwriting duo with her abusive husband, Ike. Turner was forced to reinvent herself at age 50 — a career death sentence, as P!nk noted in a video montage — but ended up producing a body of work that remains unsurpassed.

With all due respect to H.E.R., Keith Urban, Mickey Guyton, and Christina Aguilera who performed tributes, the crowd was just as happy rocking out to old Tina Turner music videos on the big screen.

The night’s most effusive speeches came from the hip-hop folks. Dr. Dre gave a moving speech about LL Cool J, who, during the In Memoriam portion, was the only person standing on the floor for the late, great Biz Markie. Pharrell inducted the German experimental band Kraftwerk by translating what their legacy meant to hip-hop pioneers. Later, Barack Obama did the same for Jay-Z, as a beacon for and chronicler of Black inner-city life in America. 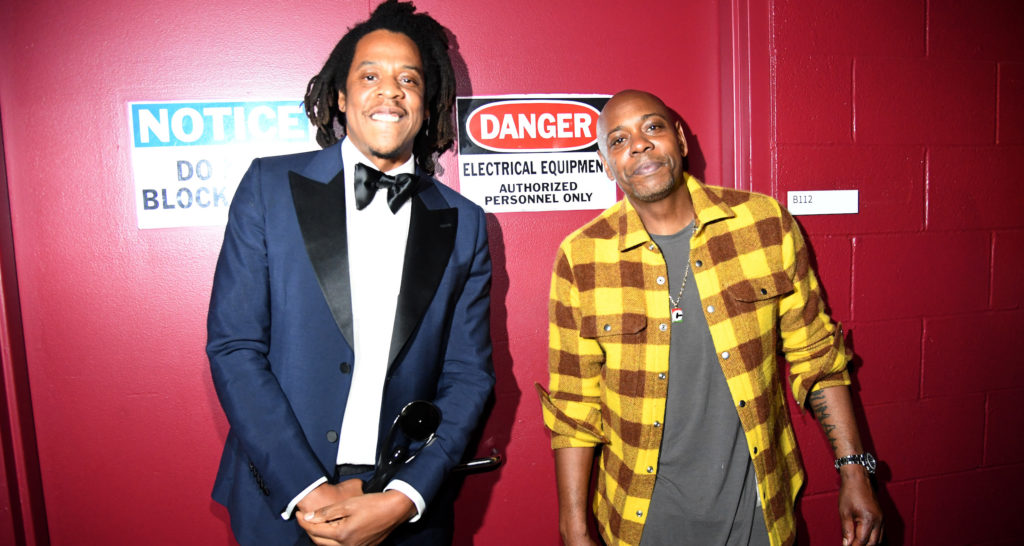 Dave Chappelle inducted Jay-Z, which wasn’t announced beforehand, potentially to avoid backlash after his controversial Netflix special. His first line — “I would like to apologize… I’m just fucking with you” — got the biggest, nervous laugh.

The second? “Being Black in America is not as easy as it looks.”

Chappelle spoke for ten minutes about what Jay-Z meant to the Black community: “I need everybody in rock and roll to know that even though we are honoring him, he is ours. He is hip-hop. Forever.” 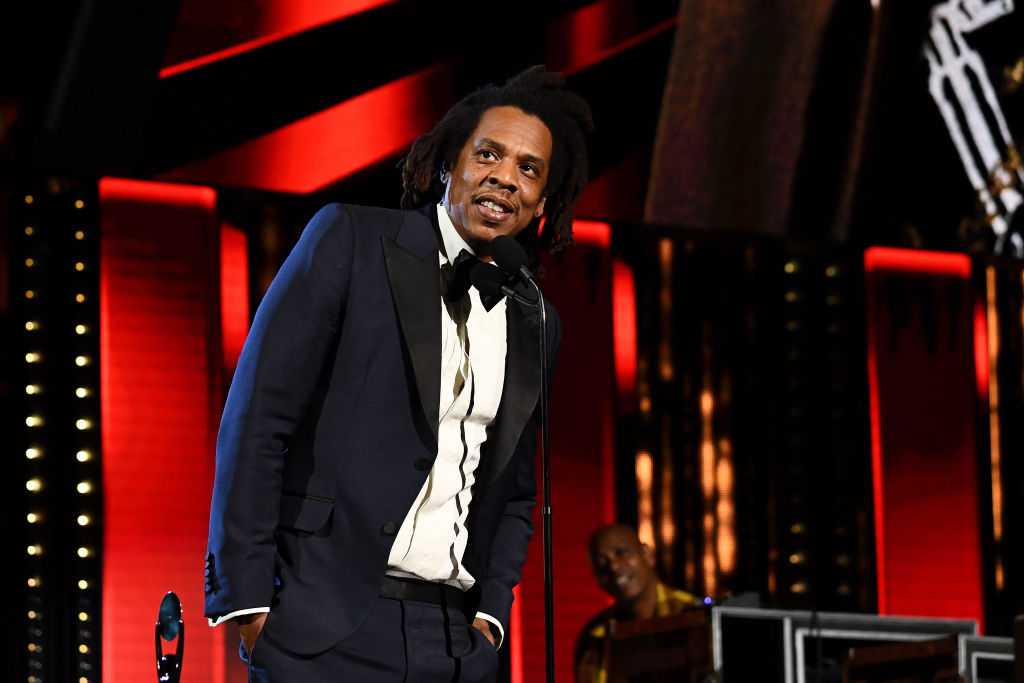 In lieu of a performance, H.O.V. entered rock’s pantheon with a 15-minute hip-hop history lesson that shouted out his heroes like Rakim, Big Daddy Kane, KRS-One, Chuck D, and “of course, my fellow inductee, LL Cool J … who opened up the doors for us to be vulnerable,” he said, singing the first verse of “I Need Love.”

“Growing up, we didn’t think we could be inducted into the Rock $ Roll Hall of Fame,” Jay-Z during his acceptance speech. “We were told that hip-hop was a fad.” That exclusion motivated him to put his own experiences on the page (specifically, in a small green notebook given to him by his mother, Dr. Gloria Carter, who was in the audience.) 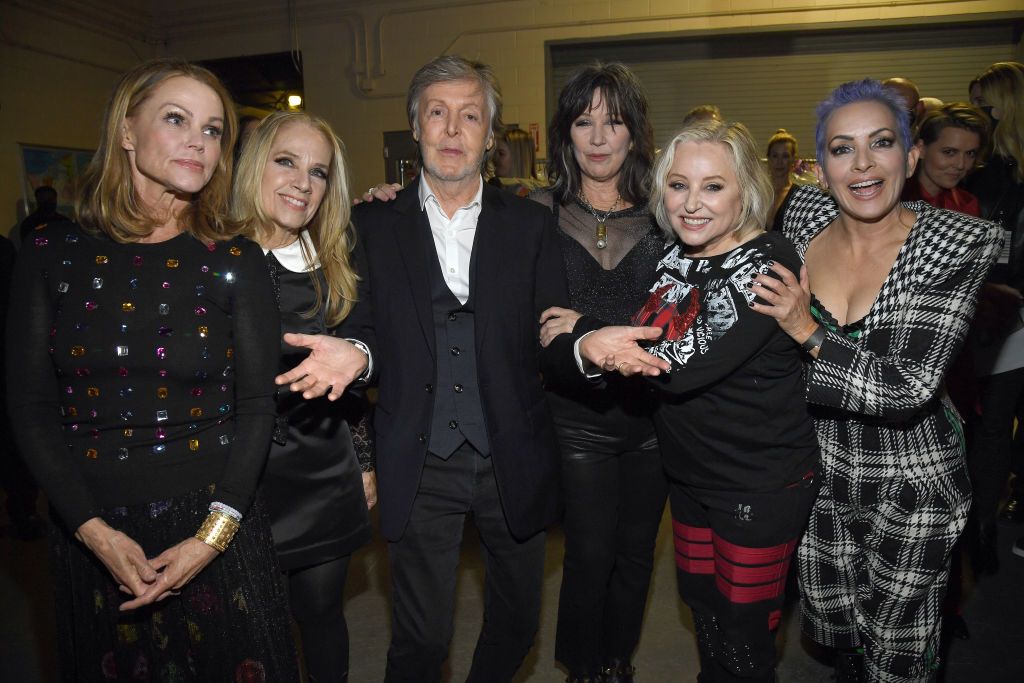 Rock-Hall exclusion was also a thorn for the Go-Go’s — the first commercially successful all-female band whose members actually played instruments and wrote music. The whole place burst with aerobic joy as Belinda Carlisle, Jane Wiedlin, Gina Schock, Kathy Valentine, and Charlotte Caffey gave a quintessential Rock-Hall set, revving through beloved hits like “Our Lips Are Sealed,” “Vacation,” and “We’ve Got The Beat.”

The night ended with a galvanizing guitar assault by the Foo Fighters. Grohl was a force, spiraling and shredding manically on his signature Gibson — the same one he ended the club chow with two nights earlier — and was practically levitating as the band blasted through their headbanging Holy Trinity of “Best of You,” “My Hero,” and “Everlong.”

In past years, Grohl has been a fixture at Rock Hall ceremonies, always on-hand to wax on about the profundity of rock and roll. But when it was finally his turn, the singer-guitarist, and recently, author, seemed lost for words. But when the Foos returned to their instruments with their plus-one for a victory-lap of the Beatles’ classic “Get Back,” Grohl grabbed the mic. 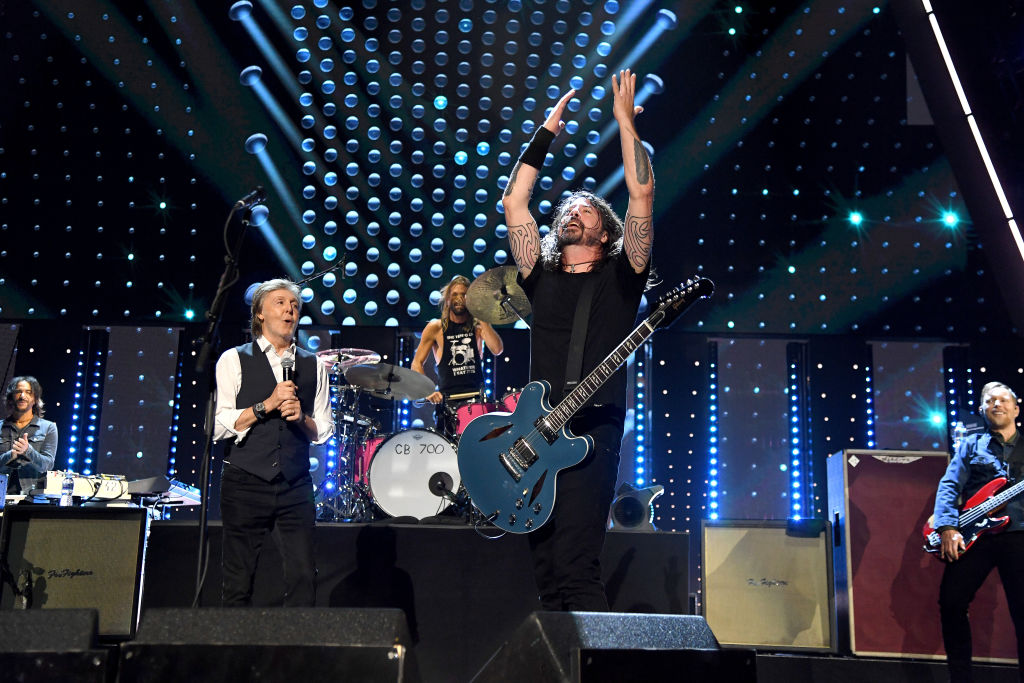 Credit: Kevin Mazur/Getty Images for The Rock and Roll Hall of Fame

The Rock and Roll Hall of Fame doesn’t always get it right. If you’re like this year’s purposely-absent inductee Todd Rundgren, you might even think it’s insulting to be voted in at all. But the fundamental reason artists do show up, even begrudgingly, is because you can never thank the songs and the people who made them — whether they’re your idols or bandmates — enough.

This was abundantly clear when Grohl stood shoulder-to-shoulder with his hero, McCartney, and said: “I never took a music lesson — but I had Beatles albums.”

The Rock and Roll Hall of Fame Induction Ceremony airs on HBO Max on November 20. If you can’t wait that long, check out some of the highlights we shot below: