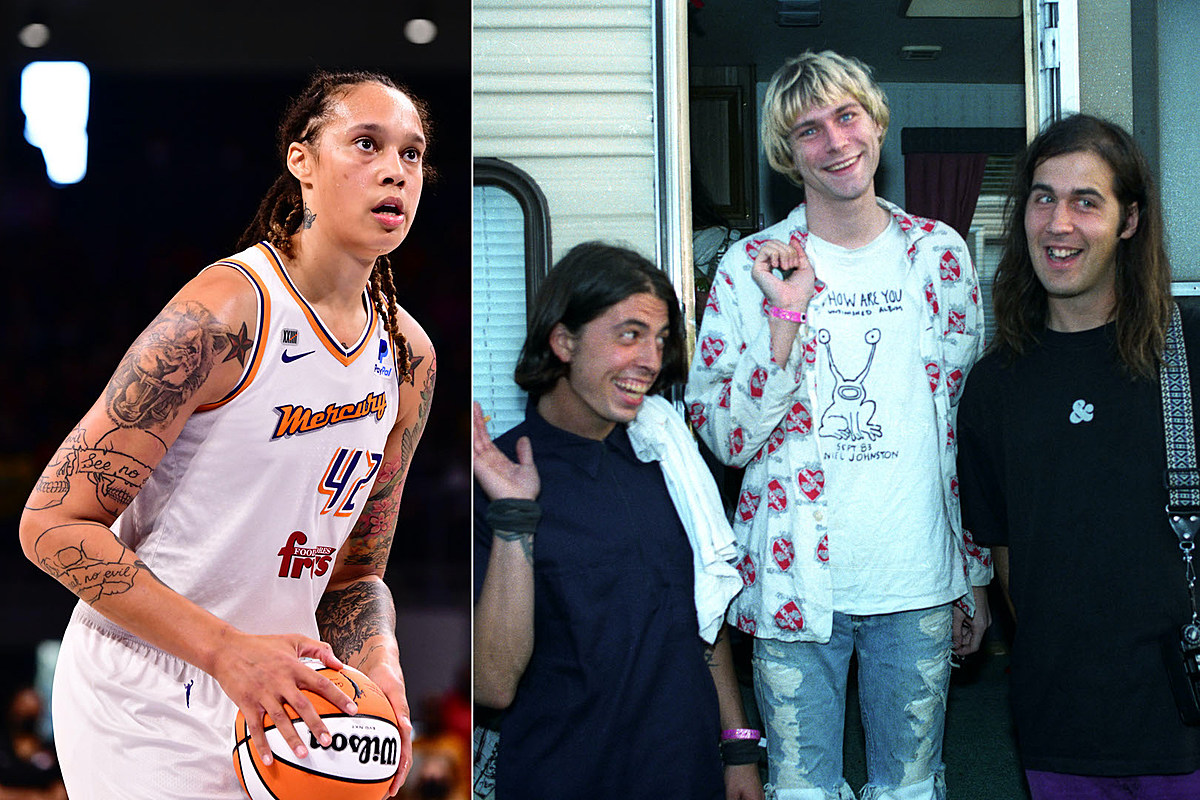 WNBA basketball star Brittney Griner wore a Nirvana T-shirt inside the defendants’ cage during a court hearing in Khimki, Russia, just outside of Moscow, on Friday (July 15).

Griner, a championship athlete with the WNBA team the Phoenix Mercury and two-time Olympic gold medallist, was detained by Russian customs in February after cartridges of hash oil, an illegal substance in Russia, were found in her luggage.

See photos of Griner in the Nirvana shirt below.

The basketball player had traveled to Russia to join the Russian Premier League during the WNBA offseason, according to The New York Times and ESPN. Griner’s trial in Russia began July 1. She pleaded guilty in court the following week, but she added, “There was no intent. I didn’t want to break the law,” per The Washington Post.

Griner’s lawyers say she had mistakenly carried the drug into Russia. They also say she had a medical prescription for the cannabis derivative to deal with her chronic pain issues. The 31-year-old athlete has been detained in Russia for nearly five months.

What Is a Defendant’s Cage?

A defendant’s cage holds an accused individual inside a court building. The cage’s bars resemble that of a standard jail cell. But its use may be unfamiliar to some.

“The use of cages has largely fallen over time, but it persists to some degree around the world — places like Russia, Moldova, Uzbekistan, Armenia, Kuwait, Iraq and Egypt,” NPR said.

It also occasionally for “especially violent criminals” in Spain, Italy, France and Germany, according to Jenia Iontcheva Turner, a professor at SMU Dedman School of Law in Dallas.

On top of being behind bars in court, Griner’s presence in Russia is made more complicated by Russia’s ongoing invasion of Ukraine that began in February, led by Russian President Vladimir Putin

Put on a Nirvana ‘Smiley Face’

The particular Nirvana design Griner sported on her T-shirt is likewise surrounded by controversy.

The classic Nirvana “Smiley Face” design, as seen on her modern tie-dye version of the shirt, shows the recognizably grinning graphic that’s amounted to a legal tangle between the disbanded grunge act and a designer who claims he created the emblem.

In January, Nirvana LLC, the controlling company for the group that was led by the late Kurt Cobain, denied designer Robert Fisher’s claim that he made the logo, reported KNX.

In 2018, Nirvana filed a lawsuit against luxury fashion brand Marc Jacobs for creating a “blatant ripoff” of the emblem in its “Bootleg Redux Grunge” collection.

Top 30 Grunge Albums of All Time