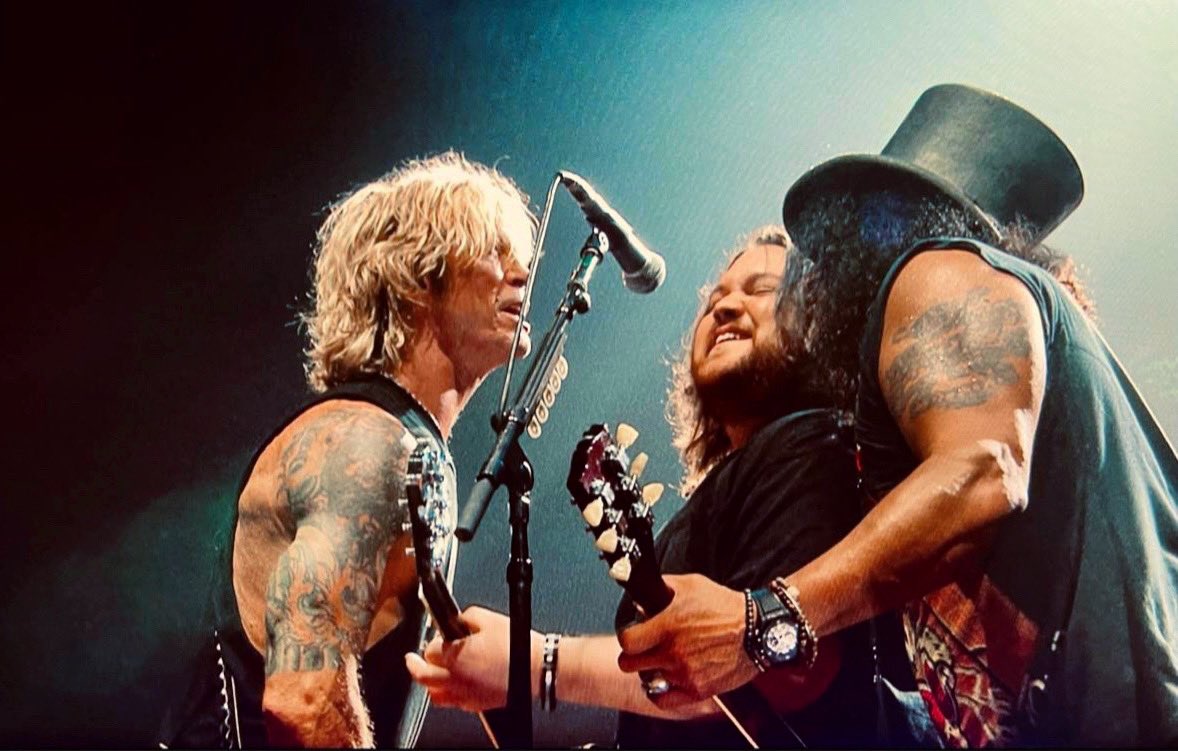 Guns N’ Roses welcomed their support act, Wolfgang Van Halen, to the stage for a performance of “Paradise City” at the Hard Rock Live Arena in Hollywood, Florida, on Saturday night (October 2nd).

Wolfgang’s solo band Mammoth WVH has been opening up for GN’R since their US tour launched in late July. Last night, he was brought onto the stage at the end of Guns N’ Roses’ set by Axl Rose, who exclaimed, “Wolfgang Van Halen. You know how cool that is to say that? That’s f**kin’ cool. You don’t understand — we’re talking legacy!”

With guitar in hand, Wolfgang joined Axl, Slash, Duff, and the rest of GN’R for their Appetite for Destruction hit, singing backup on the song, as well.

Overnight, Wolfgang tweeted out a couple of photos from the show, writing, “Yeah, this actually happened” and “What a night!”

Earlier on Saturday, Wolfgang reacted to the news that Van Halen singer David Lee Roth is retiring after his upcoming Las Vegas residency. Wolfgang, who played bass in Van Halen from 2006 through the end of the band upon his father Eddie Van Halen’s passing in 2020, shared a picture of himself with DLR, adding the caption, “Thankful and proud to be a small part of your amazing journey.”

GN’R and Wolfgang Van Halen’s Mammoth WVH will play one more show in Hollywood, Florida tonight (October 3rd) to close out their US tour. As of now, Guns N’ Roses have tours of Europe and Australia / New Zealand scheduled for 2022. The legendary rock band is also set to release a new EP featuring their two recent new singles, “Absurd” and “Hard Skool,” in February.

See Wolfgang Van Halen jam “Paradise City” with GN’R at last night’s show from two angles below, followed by his tweets about the performance and DLR’s retirement.

Thankful and proud to be a small part of your amazing journey ️ pic.twitter.com/5xGcZ3CZ49