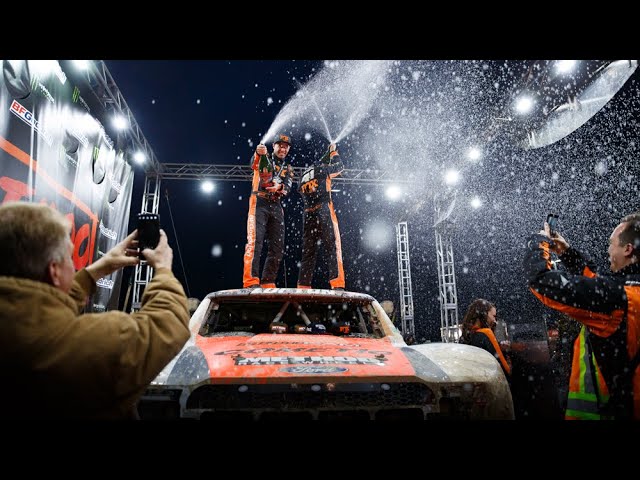 In 2019, Justin Lofton returned to the top of The Mint 400 podium on with an impressive victory at the BFGoodrich Tires Mint 400 powered by Monster Energy.  Lofton, who bested a field of dozens of the world’s top off-road racers, became the first driver in history to win three Mint 400’s when he wheeled his #41 Unlimited Truck to the finish line.

Led by the directing team of “The Martelli Brothers”, Mad Media’s crew of over seventy included ten of the best cinematographers in the business, who utilized a variety of cinematic tools including cineflex helicopters, RED camera systems, DJI drones, and hundreds of GoPro cameras to capture all the action.

This is the BFGoodrich Tires Mint 400 powered by Monster Energy.