Jerome ‘The Bus’ Bettis Is Dropping By ‘The Neighborhood’ in 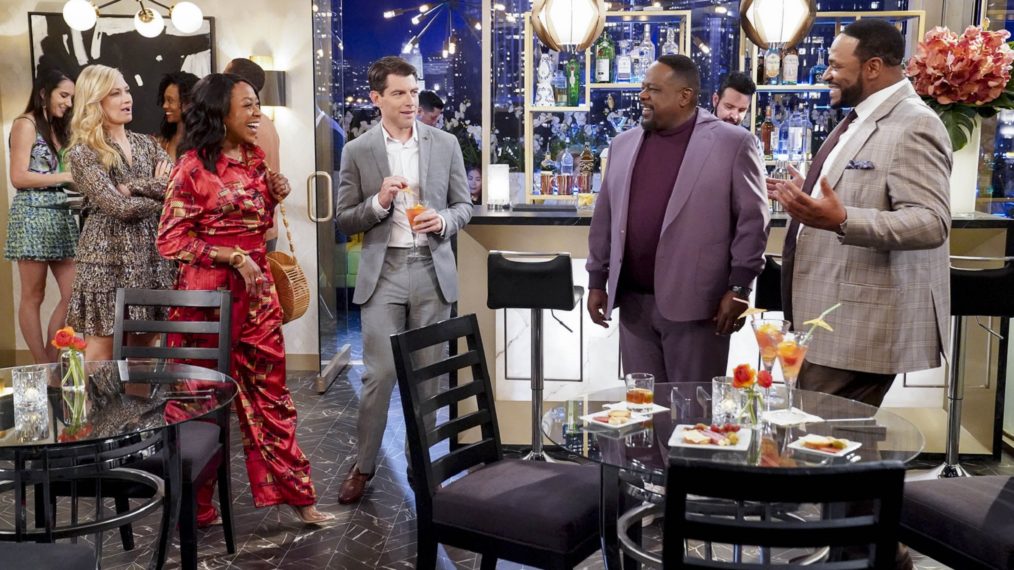 The Neighborhood is welcoming a new face to the mix as NFL legend Jerome “The Bus” Bettis stops by in a special guest role.

The former pro-baller will be playing himself in the November 8 episode, “Welcome to the Ex-Files.” When Cedric the Entertainer‘s Calvin unexpectedly runs into Bettis, he’s thrilled to make a connection — until he discovers that the Hall of Famer shares a history with his wife Tina (Tichina Arnold).

As teased in the exclusive photo above, Bettis appears to be attending a party that also includes Calvin, Tina, and their neighbors Dave (Max Greenfield) and Gemma (Beth Behrs). Calvin seemingly appears to be introducing Bettis to the group and the smile on Tina’s face and shock on Gemma and Dave’s faces are clear. While it’s all fun and games for the Butlers’ neighbors, Gemma and Dave, in this particular scenario, the episode will make way for additional drama. Mirroring Calvin and Tina’s romantic revelation, Dave is dealing with the fallout of his own.

Along with the group photo, another exclusive first look sees Bettis show off his Super Bowl ring from his 2006 victory with the Pittsburgh Steelers. Bettis was part of the Steelers for several seasons from 1996 to 2006 when he helped the team win that Super Bowl.

Don’t miss his appearance on the show — catch The Neighborhood‘s November 8 episode for some romantic drama between Bettis, Tina, and Calvin.