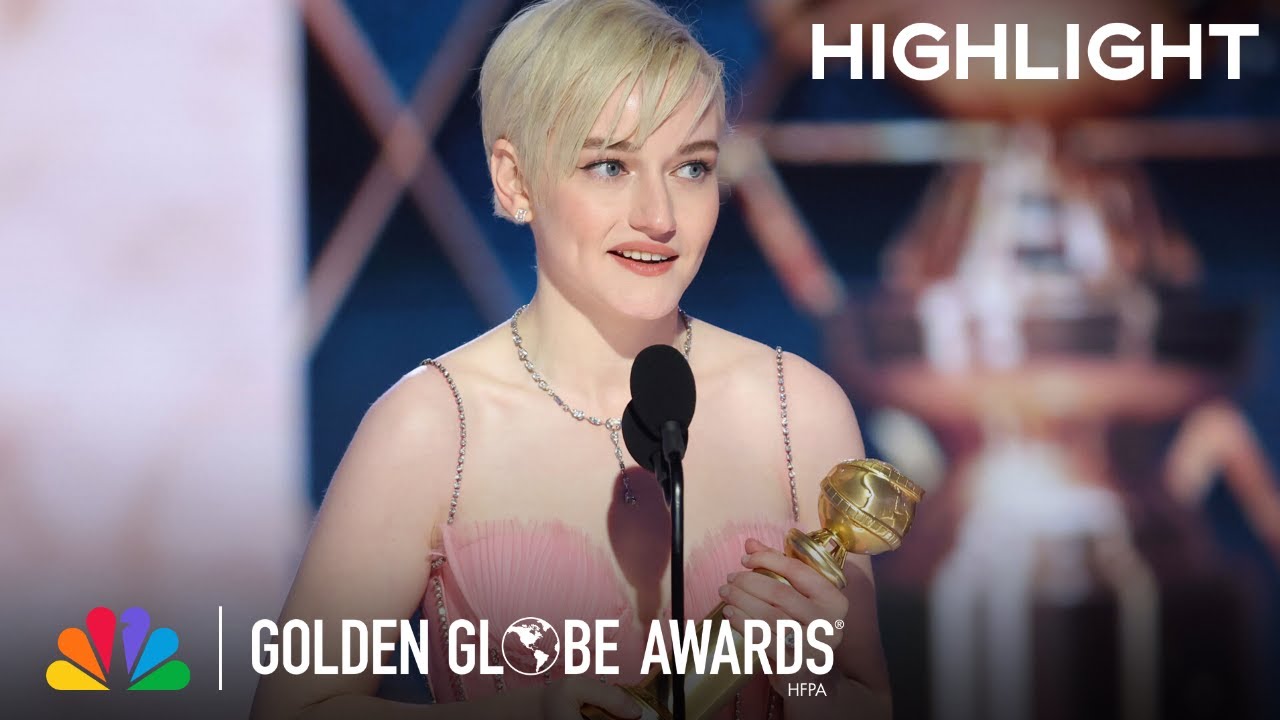 Julia Garner accepts the award for Best Supporting Actress in a Television Series for Ozark. Watch the 2023 Golden Globe Awards hosted by Jerrod Carmichael on NBC and streaming on Peacock.

ABOUT THE 80TH GOLDEN GLOBE® AWARDS

One of the most influential voices in comedy, Jerrod Carmichael is set to host the 80th Annual Golden Globe® Awards.

The three-hour telecast serves as the official kickoff to the 2023 awards season and will air live coast-to-coast on Tuesday, January 10, 2023 at 8 p.m. ET/5 p.m. PT from The Beverly Hilton in Beverly Hills, California, on NBC and Peacock.

The Golden Globe Awards is one of the biggest nights on the calendar for live viewing. It’s also one of the few awards shows that combines the honorees of both film and television.

Produced by Dick Clark Productions and Jesse Collins Entertainment in association with the HFPA, the Golden Globe Awards are viewed in more than 210 territories worldwide. Helen Hoehne is president of the HFPA. Jesse Collins and Dionne Harmon will serve as executive producers.

Interview with Minerva Grey, Author of Smoke and Mirrors