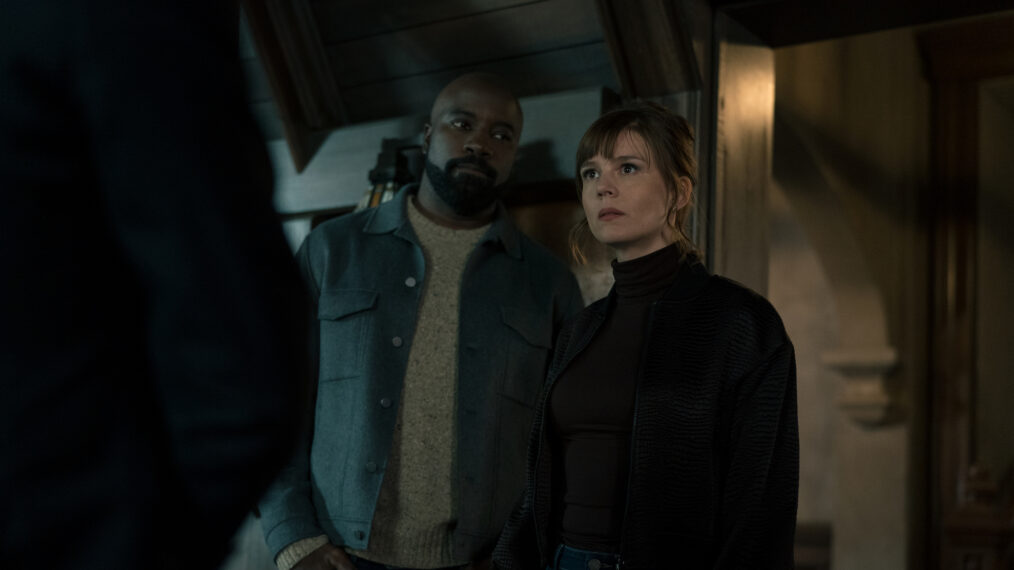 [Warning: The below contains MAJOR spoilers for Evil Season 3 Episode 7 “The Demon of Cults.”]

It seems that Lexis (Maddy Crocco) has more sense than Dr. Boggs (Kurt Fuller) does when it comes to Leland (Michael Emerson) on Evil.

The latest episode not only brings the focus to what Leland wants with Lexis in a very real (and terrifying!) way for her mother, Kristen (Katja Herbers), but it also sees someone else getting lured to the dark side. Oh, and Ben (Aasif Mandvi) continues to have horrible luck when it comes to love.

What Leland Wants With Lexis

Victor Leconte’s (Brian D’Arcy James) next assignment for David (Mike Colter) is to put a toy in her room after Kristen invites him for dinner (how he knows she will is a mystery). “I didn’t agree to betray a friend and betray a friend about her f**king daughter!” David argues. But as Victor reminds him, he wanted him to look into RSM fertility, of which Lexis is a product and why she’s being groomed by demonic forces to replace one of the aging sigils (representing the demonic houses).

Kristen does invite David (and Ben) to dinner, during which they all play Killer: One person “murders” the others by winking. Of course David and Lexis are the last two, and she “kills” him. He does excuse himself to carry out Victor’s orders, only instead, he just picks up the replica of the toy he has already in the room. 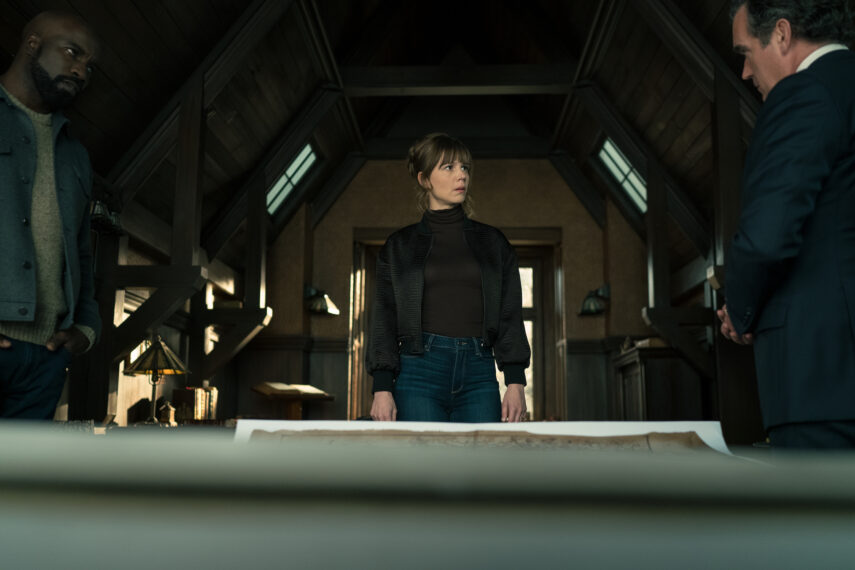 While working their case-of-the-week, David tries to casually ask Kristen how Lexis is doing. She “seems adorable,” he says, “kind and considerate,” and Kristen insists she doesn’t care about RSM and Lexis is a good girl, the product of a loving family. But between that and David acting really suspicious after “A Friend” summons him back to his room (and unable to tell Kristen about his work with Victor), is it any wonder she ends up part of his meeting with the, as they call themselves, Friends of the Vatican? (Victor lets her in, but it was only a matter of time before she forced her way in.)

Victor explains to Kristen that they’re keeping track of RSM children, and he wants to enlist her help. Lexis, is being groomed, influenced by others to carry on a demonic tradition, he says, showing her the key sigil — many rely on it as a leader and it matters more to them than 20 of the others — she’s to take over. They had Leland working at the church to keep him close. Now, Victor wants Kristen to work with them to stop Leland because “he is intent on putting your daughter on a demonic throne above the destroyed world.” It’s why Leland targeted Kristen from the beginning. Understandably, Kristen needs to hug her daughter ASAP, but when she eventually does (work interrupts, of course), after everything we just heard, it’s eerie to hear Lexis note that her mother smells like blood. (It’s all connected to the case.)

What Boggs Wants From Leland

Dr. Boggs goes to see Sister Andrea (Andrea Martin) to thank her for not sharing about his own demonic experience during her ecclesiastic review and admits whatever he saw has thrown his life off-course. He had an epiphany, and he’s realized he needs to write a book about spirituality, as an agnostic who understands there are demons and spirits. He wants her help, but all she offers are pamphlets. But Leland is eager to offer his services about the darker side of the spiritual experience and gives him his card. Boggs seems to be ignoring him… but that changes when all he’s able to type is “From Bali to Queens: My Spiritual Journey.” As Leland puts it, there are more English translations of Dante’s Inferno than Paradiso “because angelic is boring. It’d be like watching industrial films about syphilis. No wonder you have writer’s block.” He takes out items for Boggs to use: a candle to light, a knife to cut his hand for 12 drops of blood on his laptop screen, and a record (“Alouette”) to play and sing along with (buy a turntable, “who said writing was going to be easy?”). Seeing a demon scared him and made him hungry for more, Leland explains, “this is the more.”

Boggs does as Leland instructs, though the visuals accompanying the record — with the demonic voice ordering him to “sing louder” until he does — go from a little girl chasing a bird to the girl using a cleaver to kill it. Then Boggs sees one of his hands as demonic, with sharp nails, and he begins typing, smiling as he does. “The black pit of oblivion opens before me…”

And when his muse is gone, all Boggs wants is it back. He’d never felt like that before, he tells Leland, who likens it to “someone writing through you.” So how does he get it back? “Do you really want to know?” Leland checks. Yes, Boggs confirms. “Hemingway asked. Fitzgerald, Joyce, Mailer, Pound, but you have to be prepared to do what they did,” Leland reveals. And then he gives Boggs a pair of scissors, instructing him to cut all of Sister Andrea’s hair off.

What a Cult Wants From Ben

Kristen, David, and Ben investigate a cult as part of their case-of-the-week (after being called in by a cult interventionist, played by Severance’s Michael Chernus). Ben runs into Renee (Gia Crovatin), whom he knows from that science league his sister brought him to, and it turns out she’s the leader and after they have sex, she tells him “don’t freak out. There will be some blood.” That’s when things get really weird, and it looks like they’re going to sacrifice Ben after trying to force him to admit he feels guilty for his mother’s death. “Remember science?” Ben asks as Renee advances on him with a blade.

But when Kristen and David return to find him after realizing he’s in trouble, they come upon Been in a field, covered in blood. “Hey, guys, how’s it going?” he asks. “They killed a goat and they poured its blood over me.” “Why,” Kristen asks. “Religion,” he says before continuing to walk towards the car. So breaking Ben’s brain this season continues…