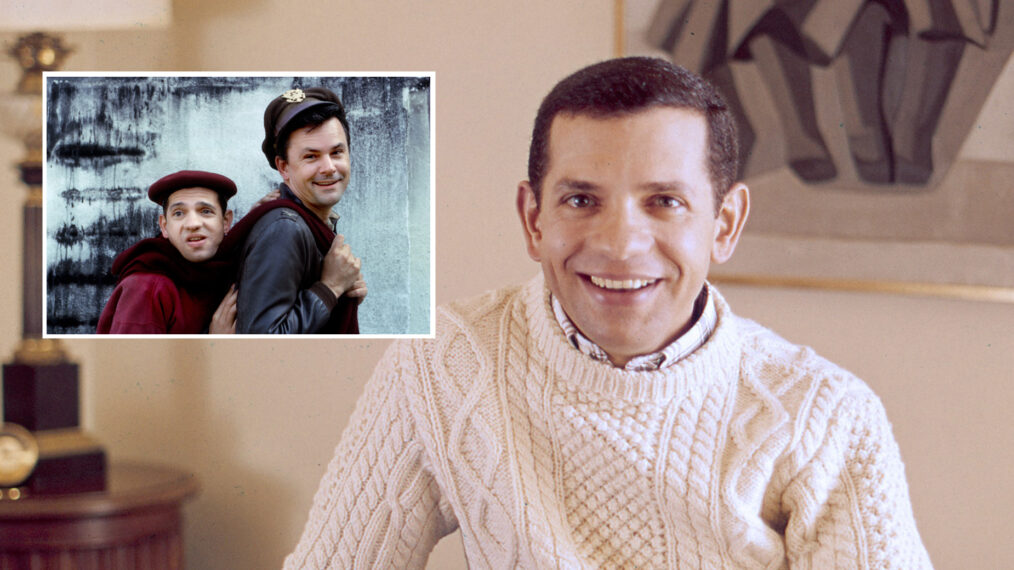 Robert Clary, best known for playing Corporal Louis LeBeau on the beloved CBS sitcom Hogan’s Heroes, has died. He was 96.

Clary’s granddaughter Kim Wright confirmed the death to The Hollywood Reporter, revealing that he passed away Wednesday (November 16) morning at his home in Los Angeles, California.

Born on March 1, 1926, in Paris, France, Clary was deported to a Nazi concentration camp as a teenager during World War II because he was Jewish. He survived, though, which he later credited to his ability to dance and sing, which kept the German troops entertained.

“Singing, entertaining, and being in kind of good health at my age, that’s why I survived,” Clary told the THR in 2015. “I was very immature and young and not really fully realizing what situation I was involved with … I don’t know if I would have survived if I really knew that.”

After the war, Clary continued to record music, which became popular in France and the United States. His first appearance on American television came in a French-language comedy skit on The Ed Wynn Show in 1950. From there, he met Merv Griffin and Eddie Cantor and later married Cantor’s daughter, Natalie Cantor Metzger. Clary would go on to appear on shows such as The Martha Raye Show and Appointment with Adventure.

Clary’s big break came in 1965 when he was cast in the role of French chef Corporal Louis LeBeau on Hogan’s Heroes. The series was set in a German prisoner of war camp during WWII, and Clary played a French POW who was part of an Allied sabotage unit operating inside the camp.

“People asked me if I had any qualms about doing a comedy series dealing with Nazis and concentration camps. I had to explain that it was about prisoners of war in a Stalag, not a concentration camp, and although I did not want to diminish what soldiers went through during their internments, it was like night and day from what people endured in concentration camps,” Clary once explained.

He starred in all six seasons of Hogan’s Heroes, which ended its run in 1971. He would go on to appear on the daytime soap opera Days of Our Lives as Robert LeClair and also starred on The Young and the Restless and The Bold and the Beautiful.