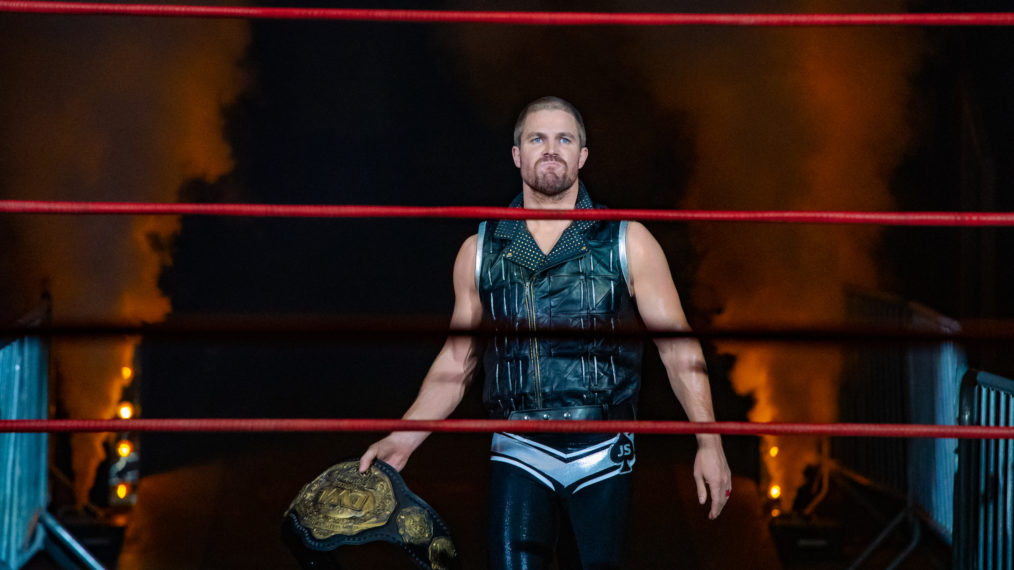 Heels came out with a bang back in 2021, a hit among wrestling fans and non-fans alike. But Season 2 has yet to arrive, despite having been renewed by Starz in 2021.

In a new interview on Michael Rosenbaum‘s podcast Inside of You, actor Stephen Amell discussed why the new season still doesn’t have a premiere date yet for 2023, despite completing filming back in July 2022.

According to Amell, the delay is due to Lionsgate splitting with Starz, which they acquired in 2016. The division of assets has created a long delay as each party figures out who will own which properties.

“They are now in the process of, as best I understand it, ‘untangling’ that partnership,” he said. “As they are untangling everything, they are figuring out which assets belong to whom. So as a result, we wrapped filming on the first of July and we don’t have a premiere date, let alone a trailer, let alone an indication of Season 3.”

The podcast was recorded back in September, but as of today, there is still no release date announced for the season, and no confirmation on a greenlight for a third season.

Despite this, Amell is confident there will be a Season 3.

“I know there are meetings that are starting to happen about writing for Season 3, but in the normal order of things, we would have more information than we do right now,” he said.

“I would be worried if I didn’t think the season was spectacular, and I think the season is spectacular,” Amell continued. “It’s way better. More story, more scope…. And it also felt more like a cohesive season because we actually shot it in order and were subject to COVID ‘hiccups’ but not COVID catastrophes.”

Stay tuned for more information on the official release date.