Who Was Your Favorite ‘Bachelor in Paradise’ Host in Season 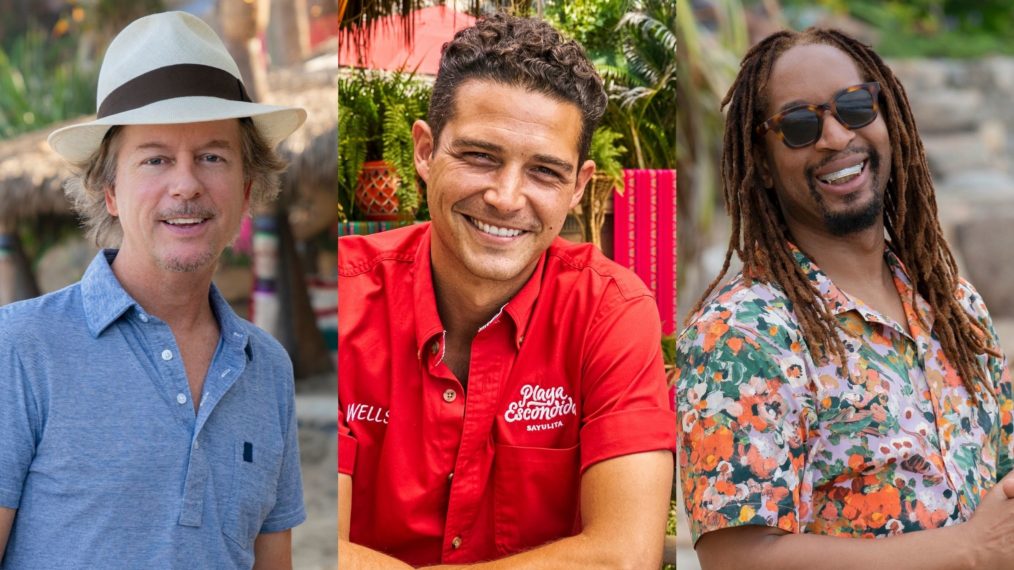 Another summer in Paradise is over! Back in August, Bachelor in Paradise returned for the highly anticipated Season 7 after a two-year hiatus and saw a new group of Bachelor Nation alumni look for a second chance at love in the beautiful Sayulita, Mexico.

And the pandemic wasn’t the only thing that affected this season, as the exit of Chris Harrison from the franchise left the show without a host. Luckily, David Spade, Lance Bass, Tituss Burgess, Lil Jon, and Paradise bartender Wells Adams were up for the challenge of filling his shoes (or Hawaiian shirt?), alternating as guest hosts throughout the season.

Despite being the first go around with the guest host format, it was clear some managed to fit the role better than others. Vote in the poll below for which Bachelor in Paradise Season 7 guest host was your favorite! David Spade kicked the season off on a lighthearted note, jumping right in with the jokes. “The guys are good-looking, the girls are good-looking, and I’m the host. But I’m not a contestant, so I’m off-limits,” the actor-comedian quipped. Sticking around for the first two episodes, Spade introduced the beach’s initial lineup of contestants and first few additions, along with overseeing the first cocktail party of the season. Despite not being well-versed in all of the contestants’ backstories, his occasional cluelessness and easygoing personality made his hosting stint fun to watch. Lance Bass made a memorable entrance into Paradise, appropriately to the *NSYNC hit song “It’s Gonna Be Me” in Episode 3. Bass stuck around for three episodes, the longest of this season’s hosts. His time on the beach included many new arrivals, new connections, and dramatic rose ceremonies. He even facilitated Riley and Maurissa’s awkward first date, not knowing they would become one of three couples to leave the show engaged. As a longtime Bachelor franchise fan, it’s clear Bass had the time of his life in Paradise! Tituss Burgess’ two-episode stint saw some of the biggest drama of the season. His exclusive “tight-ass” party introduced several new contestants who would shake up the beach’s pre-existing couples. Before the cocktail party in Episode 8, Burgess shared some words of wisdom after multiple couples were accused of not being in Paradise for the right reasons. “If you’re already in a relationship, that defeats the purpose of coming here,” he stated before his departure. His words apparently had weight, as calculating couple Brendan and Pieper left not long after Burgess. Not afraid to tell it like it is, Burgess’ energetic attitude brought levity to some of the season’s drama-heavy moments. Viewers knew the arrival of Lil Jon as the season’s fourth guest host would prompt several poor impressions of his iconic “yeah” catchphrase (most notably Noah’s awkward rendition). Before stepping foot on the beach, viewers may have recognized the guest host’s voice as the narrator of the Season 7 promos and trailers. His two-episode run included a number of cast departures and arrivals, as well as the dramatic (but short-lived) tropical storm evacuation. Despite it all, the rapper managed to bring good vibes, helping set the tone for the rest of the season. Wells Adams, the beach’s resident bartender, worked triple duty this season, serving as the “Master of Ceremonies” for eliminations in addition to being the final guest host. He even took on a fourth role hosting the show’s first-ever “Paradise Prom.” Having been on the beach from the start, Adams knew every couple’s journey and struggles, making him the perfect fit to host the final two episodes. A former Paradise alum himself, he gave cast members the advice they needed to hear going into Fantasy Suites and proposals. Perhaps fans would want to see him take over permanent hosting duties going forward!

From Jimin to Jeonghan, Which K-Pop Star Was Best-Dressed at